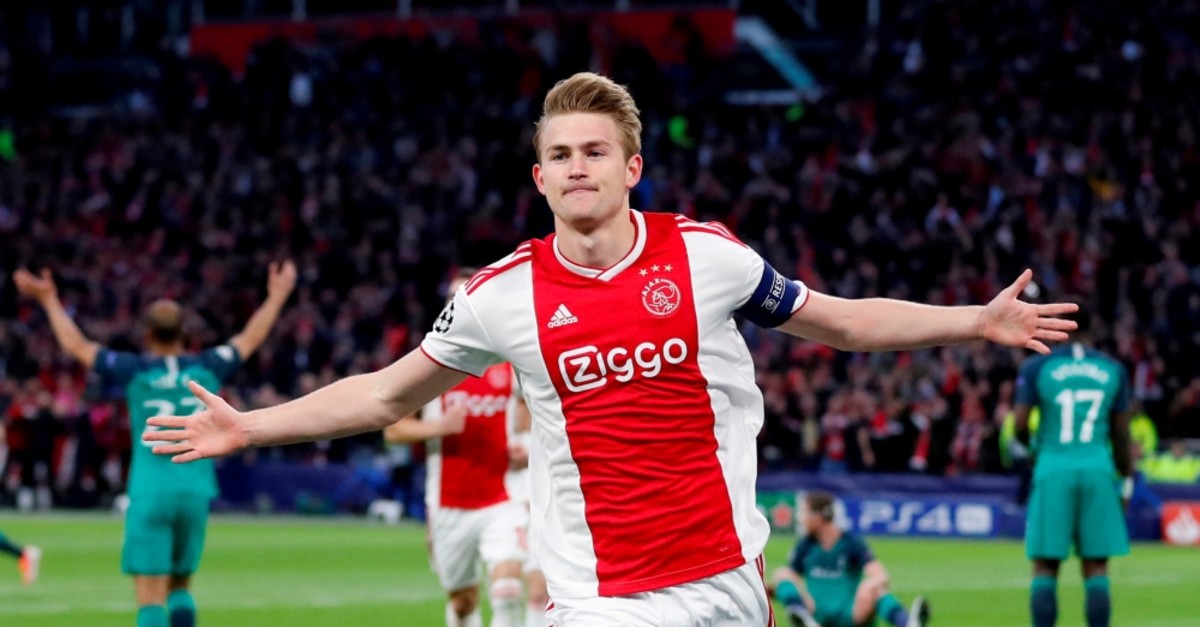 Dutch central defender Matthijs de Ligt, one of the most coveted young players in world football, signed Thursday for Juventus from Ajax for a fee of 75 million euros ($84.2 million) plus add ons. The 19-year-old agreed a five-year contract with the Italian champions.

Juventus said in a statement the fee would be paid over five financial years, with "additional costs" of 10.5 million euros. The combined fee makes De Ligt the world's most expensive defender, surpassing the 84 million euros Liverpool paid to sign his Netherlands teammate Virgil Van Dijk from Southampton in 2018.

De Ligt is Juventus' third most expensive signing after the 105 million euros they paid to buy Cristiano Ronaldo from Real Madrid in 2018 and the 90 million euro transfer of Gonzalo Higuain from Napoli in 2016. De Ligt had also been linked with Manchester United, Barcelona and Paris Saint-Germain (PSG) after his impressive performances for a young Ajax side that reached the Champions League semi-finals last season. His Ajax teammate, 22-year-old midfielder Frenkie de Jong, has already joined Barcelona.

In a deal hammered out by his powerful Italian-born Dutch agent Mino Raiola, De Ligt will earn a basic annual salary of 7.5 million euros that could reach 12 million euros with bonuses, according to reports in Italy.

"The sporting project proved decisive" in De Ligt's decision to choose Juventus. "For a defender, Italy is always an ideal place."

De Ligt played 117 games for Ajax in all competitions, scoring 13 goals. He scored the winner in Turin as Ajax eliminated Juventus in the Champions League quarter-finals. De Ligt has played 17 times for the Netherlands, forming a formidable central defensive partnership with Van Dijk. He took over the captain's armband at Ajax in March 2018, making him the club's youngest ever captain. De Ligt said Ronaldo had urged him to join Juventus after the two faced each other for their countries in the Nations League final in June won by Portugal.

Netherlands coach Ronald Koeman says De Ligt "will become one of the best defenders in the world in a short time." De Ligt is the latest big-money summer transfer following the 120 million euro deal that took France striker Antoine Griezmann from Atletico Madrid to Barcelona and the 126 million euros that Atletico splashed out on 19-year-old forward Joao Felix from Benfica. After a disappointing 2018-2019 season, Real Madrid have strengthened with the acquisition of Belgian playmaker Eden Hazard from Chelsea for an initial 100 million euros, with another 34 million euros in potential add-ons. Premier League champions Manchester City bought Spain international Rodri for a club record 70 million euros.