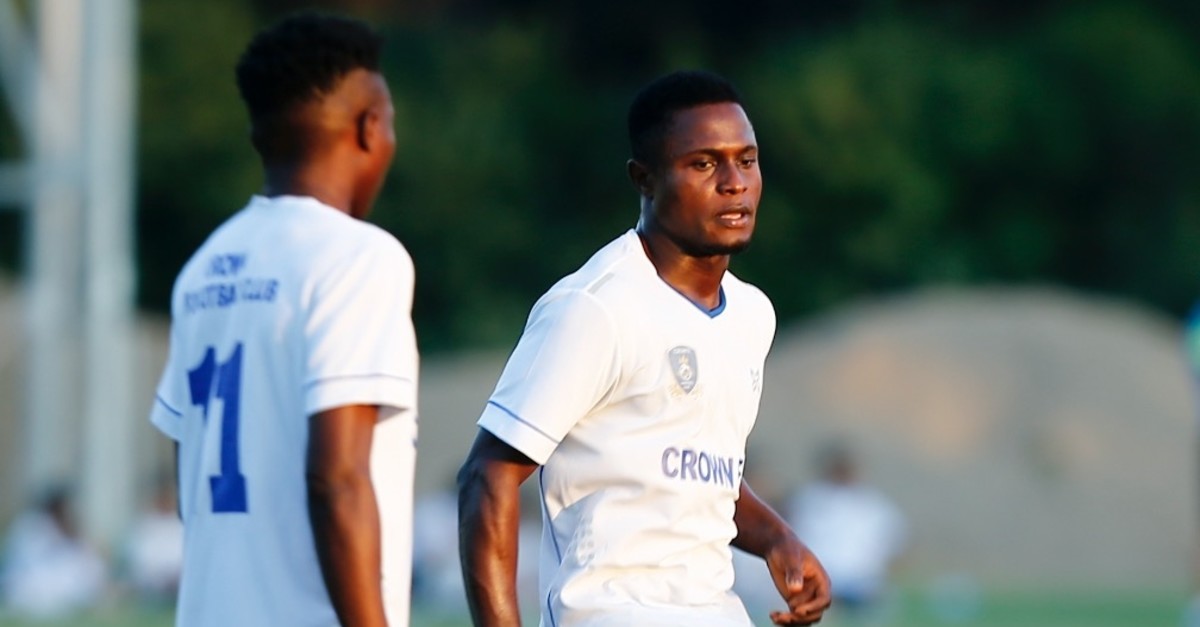 A football camp in Antalya gives a chance for young players to showcase their talents.
by Anadolu Agency Jul 29, 2019 12:11 am

A group of young footballers from Egypt, Nigeria, Morocco, Kuwait and Iraq gathered Saturday at a camp in the Mediterranean resort city of Antalya, with dreams of playing for teams in Europe.

The young talents, aged between 16 and 19, were handpicked from football academies in their native countries. All of them hope to be selected by the youth teams of Turkish professional football clubs after exercise scrimmages and training sessions.

Mehmet Ali Gürboğa, the head of an agency, said Turkey's football industry has great potential. "We have hosted many football teams over the years," he said. "Foreign teams love Turkey and Antalya a lot," he said, adding that apart from being tourism-rich, Antalya is also a city of football. While the players show off their skills and talents, Turkish clubs may transfer these athletes for very cheap, he said.

Mustafa Orebe, an official from Iraq's Algania Football Academy, said their players joined the camps to move to Turkey and eventually to Europe. He added that an Iraqi player, who had earlier signed a contract with a local Turkish team, currently plays in Italy's Udinese.

Muhammad Rosdy, the owner of Abro Football Academy which operates in Egypt and Kuwait, said the goal of joining the camp was to make the players play football in the youth teams of professional clubs like Antalyaspor and Aytemiz Alanyaspor. "We want to discover more players like Mohammed Salah and send them to Europe," he said, referring to the famous Egyptian professional footballer who now plays for Premier League's Liverpool.

Ahmed Osman, 16, another participant from Egypt, said he preferred to join the camp in Antalya because the football industry was weak in his country. "I would like to show my skills here and then go to Europe after entering clubs like Antalyaspor and Aytemiz Alanyaspor," Osman said, expressing dreams of being like Lionel Messi in the future.