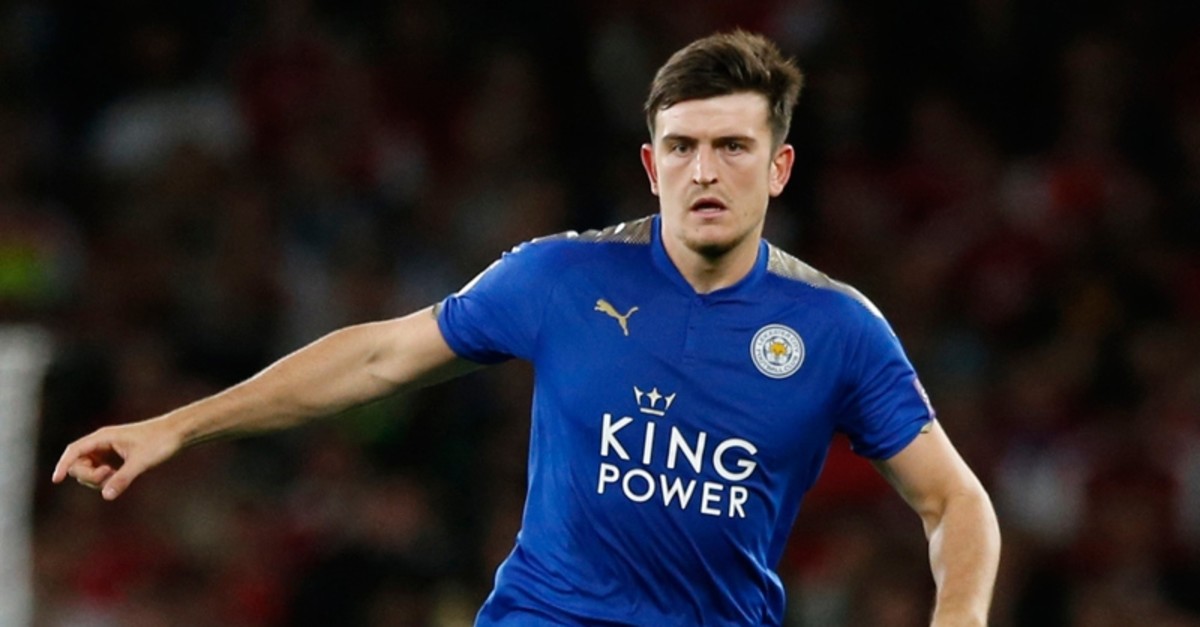 In this Friday, Aug. 11, 2017 file photo, Leicester City's Harry Maguire looks to pass the ball during their English Premier League football match between Arsenal and Leicester City at the Emirates stadium in London. (AP Photo)
by Compiled from Wire Services Aug 02, 2019 6:51 pm

Manchester United is set to break the world transfer record for a defender after agreeing to pay 80 million pounds (87 million euros, $97 million) to sign Harry Maguire from Leicester, a person with knowledge of the deal said Friday.

The person spoke to The Associated Press on condition of anonymity because the transfer for the 26-year-old Maguire is yet to be finalized.

United has been pursuing the center back for more than a year since his standout performances at the 2018 World Cup for England and finally agreed to Leicester's asking price with just a week remaining in this summer transfer window ahead of the Premier League season opening.

The 26-year-old central defender will undergo a medical at United over the weekend, according to Sky Sports and the BBC.

The fee eclipses the deals for Matthijs de Ligt to leave Ajax for Juventus last month for 75 million euros (then $85 million), and for Virgil van Dijk to join Liverpool from Southampton for up to 75 million pounds in January 2018.

Maguire made 69 Premier League appearances for Leicester after joining from Hull City in 2017 and signed a new five-year contract with the Foxes last September.

As it stands Maguire will be the seventh central defender at United going into the season, alongside Eric Bailly, Phil Jones, Victor Lindelof, Marcos Rojo, Chris Smalling, and Axel Tuanzebe.

United's transfer business is unlikely to stop there with a potential swap deal involving Argentinian striker Paulo Dybala joining them from Juventus and Belgian international Romelu Lukaku moving to the Italian champions.

United opens its campaign against Chelsea on Sunday, Aug. 11. Ole Gunnar Solskjaer's side is trying to return to the Champions League after finishing sixth in the Premier League last season.