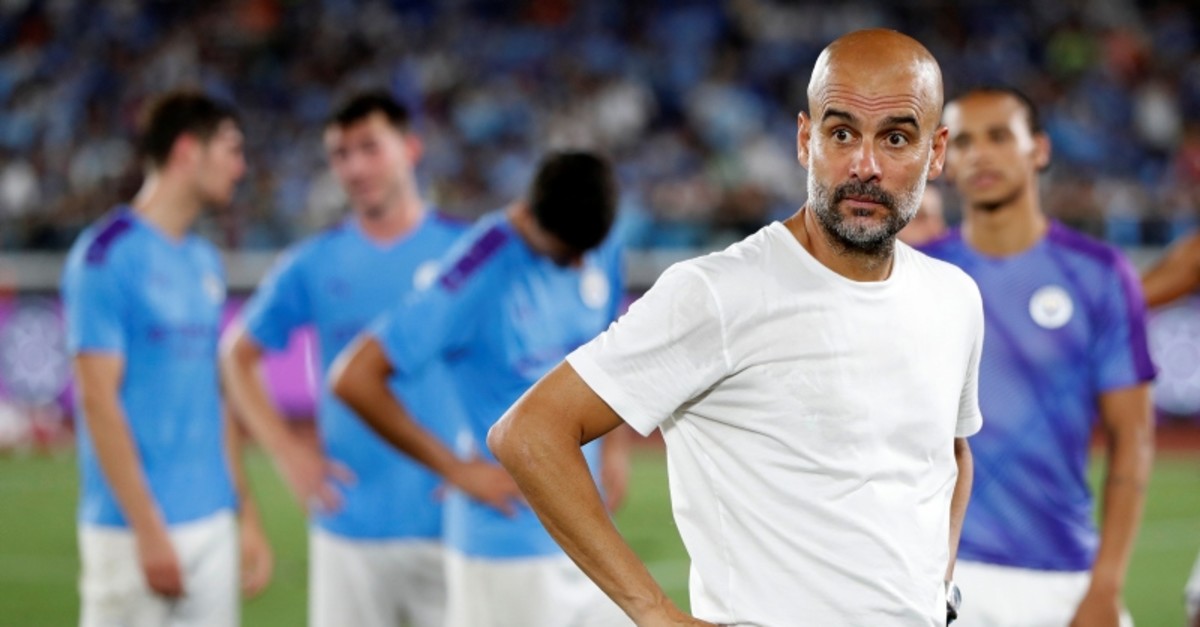 After battling to the wire in the Premier League last season, Manchester City and Liverpool are wasting little time renewing their rivalry in their first test ahead of the new season this weekend

They fought all the way to the final day of the Premier League last season and now, Manchester City and Liverpool have an immediate chance to test each other in the opening of the new campaign.

The two square off in the Community Shield, the unofficial curtain-raiser to the English season, at Wembley Stadium on Sunday.

The match traditionally pits the reigning English champions against the FA Cup holders but since City won both en route to a domestic treble, also capturing the League Cup, Liverpool fill the void as league runners-up and Champions League winners.

While many consider the game to be an exhibition, there is silverware on the line and that's enough motivation for Liverpool's Jordan Henderson.

"I know it's a competition Liverpool have always taken seriously, so that brings a responsibility for whoever gets picked to do everything we can to win," the midfielder said. "I'm not bothered about an advantage, we just want to win - full stop. "We've huge respect for City and what they achieved last season and we also respect they'll be a big force again this season - but [this match] isn't about anything other than doing our best to win for our supporters."

Both sides have seen many of their big-name players only return to preseason training after taking part in a pair of international tournaments.

Liverpool's top scorer Mohamed Salah made his first appearance of the summer in Wednesday's win over Lyon after playing for Egypt in the African Cup of Nations, as did Roberto Firmino and Allison Becker after representing Brazil in the Copa America. Additionally, forward Sadio Mane isn't scheduled back until next week after helping Senegal reach the African finale.

City's Sergio Aguero, Gabriel Jesus and Nicolas Otamendi all recently came back from the Copa America, with Ederson and Fernandinho soon to join them.

Last season's title chase was one for the ages with City pipping Liverpool by one point to retain their title.

The champions have earned 198 points over the past two seasons and are bolstered by the signing of Spain midfielder Rodri for a club-record 62.8 million pounds ($76 million).

One familiar face missing is longtime captain Vincent Kompany, who returned to his native Belgium as player-coach at Anderlecht.

Liverpool's point tally last season was the third-highest in Premier League history, but the Reds made up for the disappointment by lifting the European Cup for a sixth time after beating Tottenham in the Champions League final.

To prep for the new season both teams headed overseas, to differing results. City won three of four in Asia, while Liverpool were without a win in three games in the United States.

"It was an incredible test for preparing, not just for Liverpool, but the beginning of the season," manager Pep Guardiola said after City's tour ended with a 3-1 win over Yokohama F Marinos in Japan.

Liverpool also won their preseason finale in Lyon, giving manager Juergen Klopp a bit of hope heading into their showdown with City. "Today was a good sign, finishing the pre-season on a high is obviously important for all of us," he said. "Now we have three more days to prepare for the City game and then we will see what we can do there."