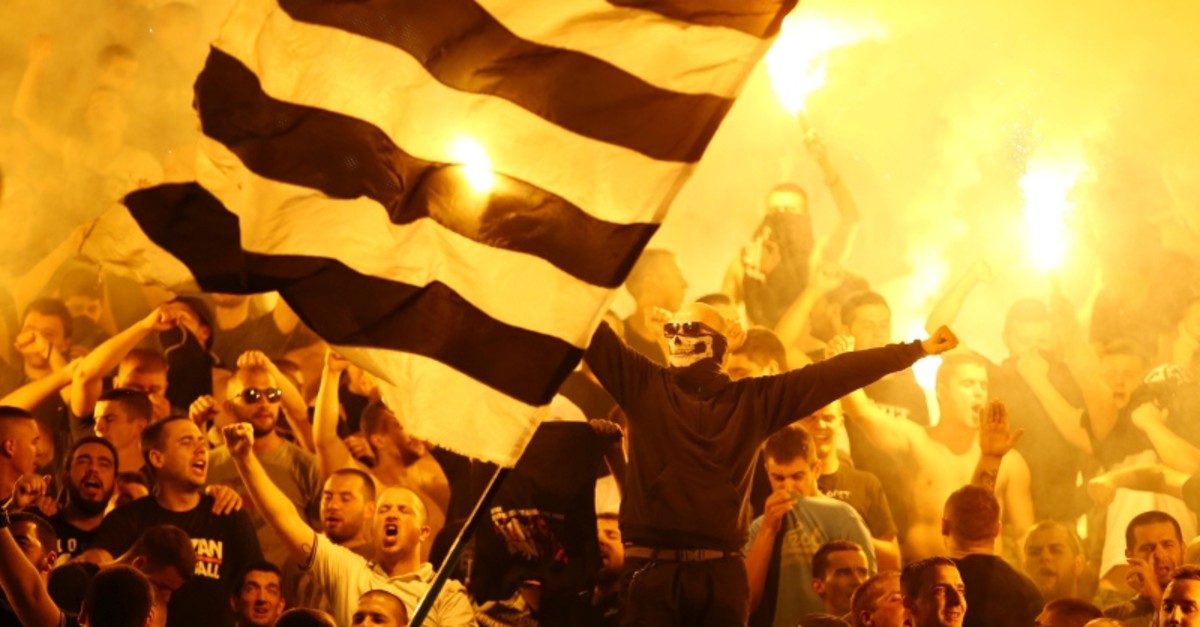 Partizan Belgrade will have to play its next two home matches in UEFA competitions behind closed doors because of the racist behavior of its supporters during the 3-1 win over Turkish club Malatyaspor in the first leg of the third qualifying round.

European soccer's governing body has ordered Lokomotiv to close the Tribuna Sportclub sector and display a banner with the UEFA logo and the wording "#EqualGame."

Meanwhile, Lokomotiv Plovdiv will have a partial closure of its stadium for its next home match following racist behavior by fans during a 1-0 loss to French club Strasbourg.

The second leg matches are on Thursday.

On Champions League side, Istanbul club Medipol Başakşehir's technical director former Turkey international Okan Buruk and defender Aurelien Chedjou were banned by the UEFA for one and two matches, respectively.

Both Buruk and Chedjou were fined for the brawl with referee Orel Grinfeld in the end of the home match against Greece's Oympiakos on August 7.

Başakşehir was also fined 5,250 euros for one red and four yellow cards shown during the match against the Piraeus club.