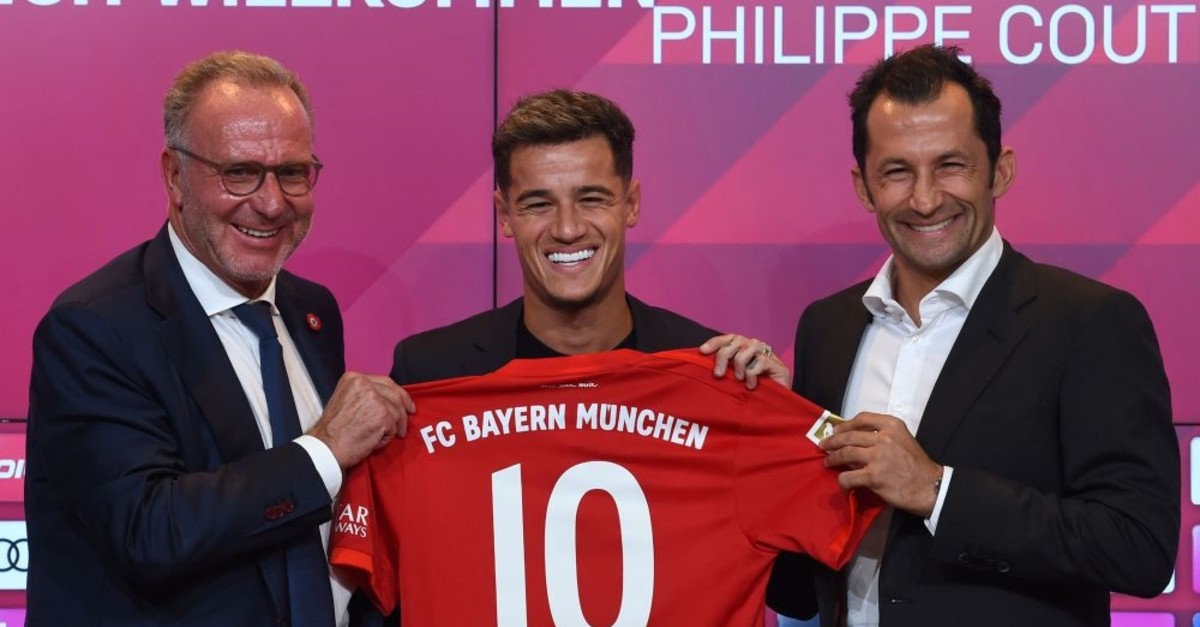 The German club said the 27-year-old Coutinho passed a medical examination on Sunday and signed a contract through June 2020, when it has the option of making the loan permanent. "All parties have agreed not to disclose any financial details of the agreement," Bayern said. But Barcelona said the German club "will pay 8.5 million euros ($9.4 million) and the player's wages. The agreement also sees an option to buy for Bayern fixed at 120 million euros ($133 million)."

Coutinho will wear the No. 10 for Bayern. "Coutinho made it very clear to us during the negotiations that he really wanted to switch to Bayern," Bayern sporting director Hasan Salihamidzic said. "He's a world-class player with great ability who can play in various positions in attack."

Although Coutinho failed to live up to expectations after joining Barcelona in January 2018 for a club-record transfer from Liverpool worth 160 million euros (then $192 million), his arrival in Germany has also been welcomed by Bayern's club rivals.

"For me, this move means a new challenge in a new country with one of the best clubs in Europe," Coutinho was quoted as saying. "I'm really looking forward to it. I have great ambitions like Bayern."

The Brazil playmaker scored 21 goals and set up 11 more in 75 appearances for Barcelona but was criticized by fans for not playing his best in decisive games. Coutinho was the second most expensive player in the world after Neymar when signed from Liverpool. After coming through the youth teams at hometown club Vasco da Gama in Rio de Janeiro, Coutinho was signed by Inter Milan, loaned back to Vasco and later to Spanish club Espanyol before he joined Liverpool. Bayern had been pursuing Germany winger Leroy Sane as its No. 1 target to help fill the void left by the departing Arjen Robben and Franck Ribery, but turned to alternatives after Sane injured his knee while playing for Manchester City. Coutinho has 15 goals in 55 appearances for Brazil and helped the team win this year's Copa America.