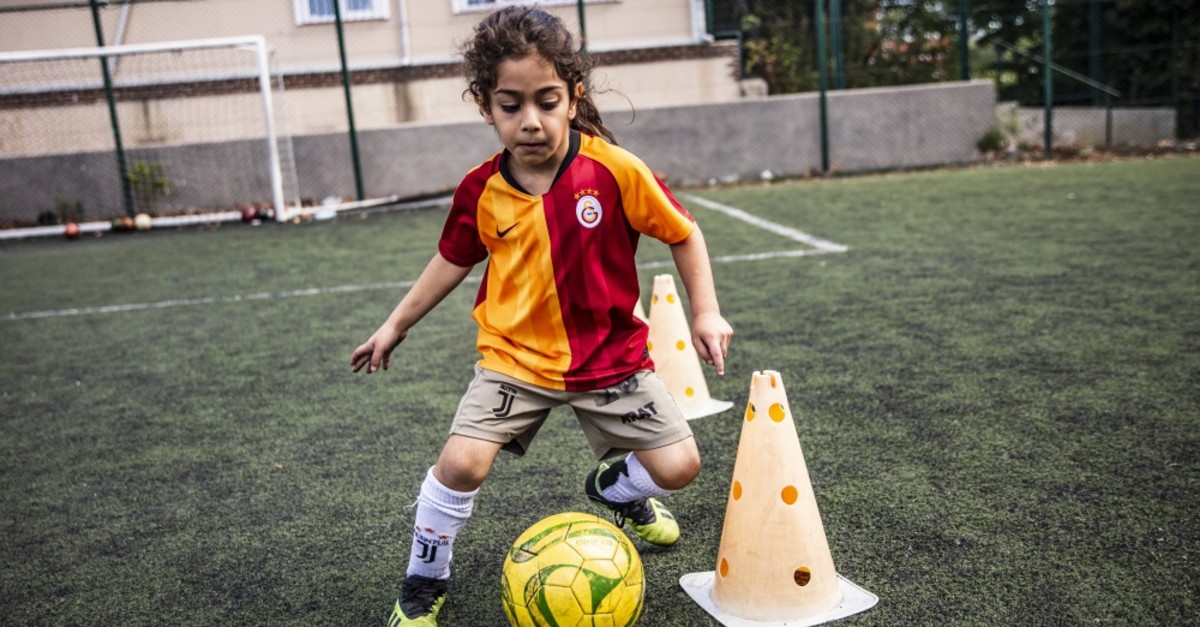 Hosseini trains at Galatasaray's football school for youngsters in Istanbul.
by Daily Sabah with DHA Sep 24, 2019 12:11 am

Five-year-old Arat Hosseini, whose videos of skillfully getting past his rivals on a football pitch went viral, is currently training with the youngsters of Süper Lig side Galatasaray in Istanbul.

Hosseini and his family had come to Turkey on holiday, before training with Paris Saint-Germain's football academy in Bursa and eventually Galatasaray. His incredible dribbling skills and muscular body, unseen in a 5-year-old, made him famous on social media where he was often mistaken for a girl due to his long hair.

Coached by his father, Hosseini employs every opportunity to play wherever he goes. "I told my father to find me a pitch when I came to Turkey because I wanted to play football. I saw that Turkey is no different than Iran for playing," the young talent told Demirören News Agency (DHA). Asking about his football idols, Hosseini says he likes players like Ronaldo, Messi and Salah but "none were his idols." The young player was also praised for helping fellow players his age.

"But I don't want to order them. I had a friend in Iran and he couldn't make a move he wanted to do. I didn't want to order him around and told him to practice at home," he said. His father Mohammad Hosseini says he raised his son to play football. "He always trained and I was careful about his diet. It has been nine months since he took up football. He used to practice gymnastics and acrobatics before but he later chose football. I don't know how it will turn out for him. It depends on Arat," he said.