Champions League: A defeat for Gala, a victory for Icardi 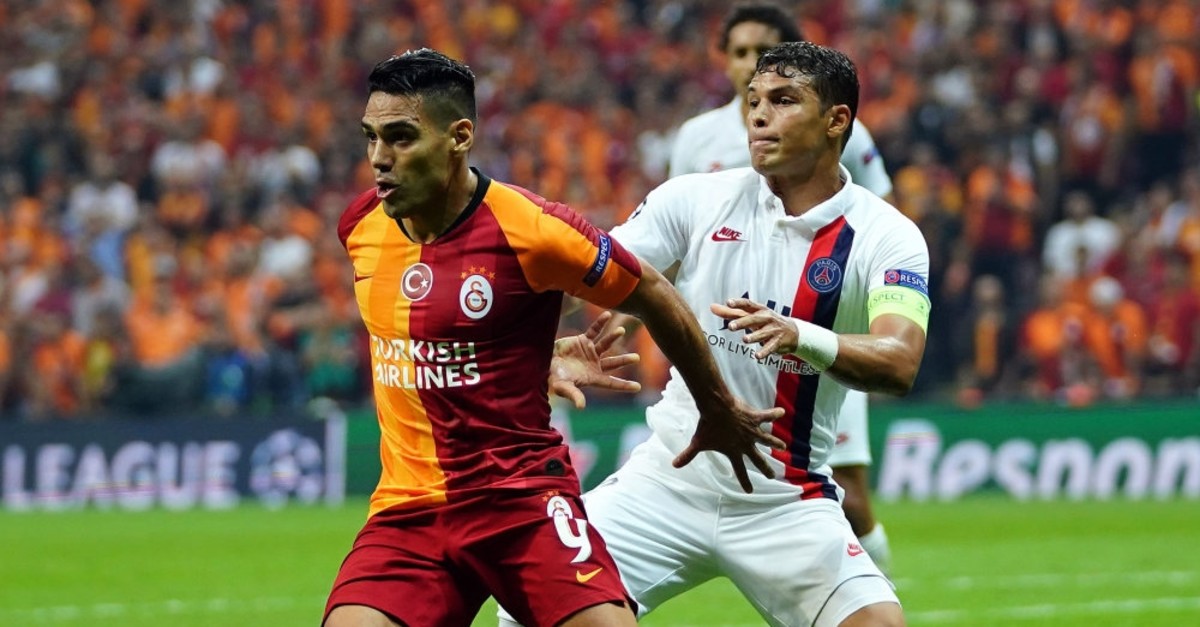 Galatasaray lost 1-0 at home to Paris Saint-Germain in its Champions League campaign, while Mauro Icardi had the honor of scoring his first goal for the French side a month after he joined the team

Argentina forward Icardi, who joined PSG on loan from Inter Milan last month, opened his account for the club to maintain their perfect start to their European campaign after downing Real Madrid 3-0 two weeks ago.

The Turkish champions sit third in the standings with a single point from the draw at Club Brugge on Sept. 18 and have not registered a win in four games in all competitions.

PSG was without Neymar, serving the last match of his European suspension for abusing a referee on social media, Edinson Cavani due to a hip injury, and Kylian Mbappe who started on the bench as he continues to recover from a thigh injury as Icardi led the attack in Istanbul. "It wasn't the hardest goal to score but it came from excellent build-up play. He's worked a lot," coach Thomas Tuchel said. "It's good because we were without Neymar and Cavani, and Kylian didn't start. I am very happy because the team did what was needed. It was hard but it was deserved," he added.

Fatih Terim brought in Ryan Donk and Jean Michael Seri to his side after Saturday's Süper Lig draw with Fenerbahçe as Algerian international Sofiane Feghouli dropped to the bench. "For me, PSG is one of the favorites for the competition. Our match against Real Madrid is now more important after the results we've had," Terim said. "We have nothing to lose and we'll play until the end."

The first sight of goal for either side came as Angel Di Maria tested Galatasaray goalkeeper Fernando Muslera in the second minute. Icardi, returning to PSG's starting lineup after recovering from an injury sustained in the victory over Real, was shown a yellow card in the seventh minute for a foul on captain Muslera. Galatasaray's first chance arrived three minutes later as Seri's shot curled the wrong side of Keylor Navas's left-hand post. Five minutes into the second half Di Maria, who starred in the victory over his former club Madrid, wasted a one-on-one to claim the lead as Muslera saved his weak shot. A matter of seconds later, Icardi grabbed his first PSG goal to break the deadlock after some tidy interplay. Marco Verratti found winger Pablo Sarabia inside the box who squared a pass to Icardi at the back post. Icardi was substituted on the hour mark for World Cup winner Mbappe. Playmaker Feghouli came onto the field a minute later, replacing Younes Belhanda, who wore a face mask to protect the jaw he broke last month.

Radamel Falcao, who moved from Ligue 1 side Monaco in September, had a chance to equalize for the Turkish side with 20 minutes to go but his right-footed free kick from 20 meters out skimmed the crossbar. PSG held on to claim victory as Tuchel brought on midfielder Ander Herrera for Di Maria during the final 10 minutes. Next for PSG is a trip to Club Brugge, who drew 2-2 at Real Madrid earlier in the day despite leading 2-0 at halftime at the Santiago Bernabeu. Galatasaray host the Spanish giants on Oct. 22.