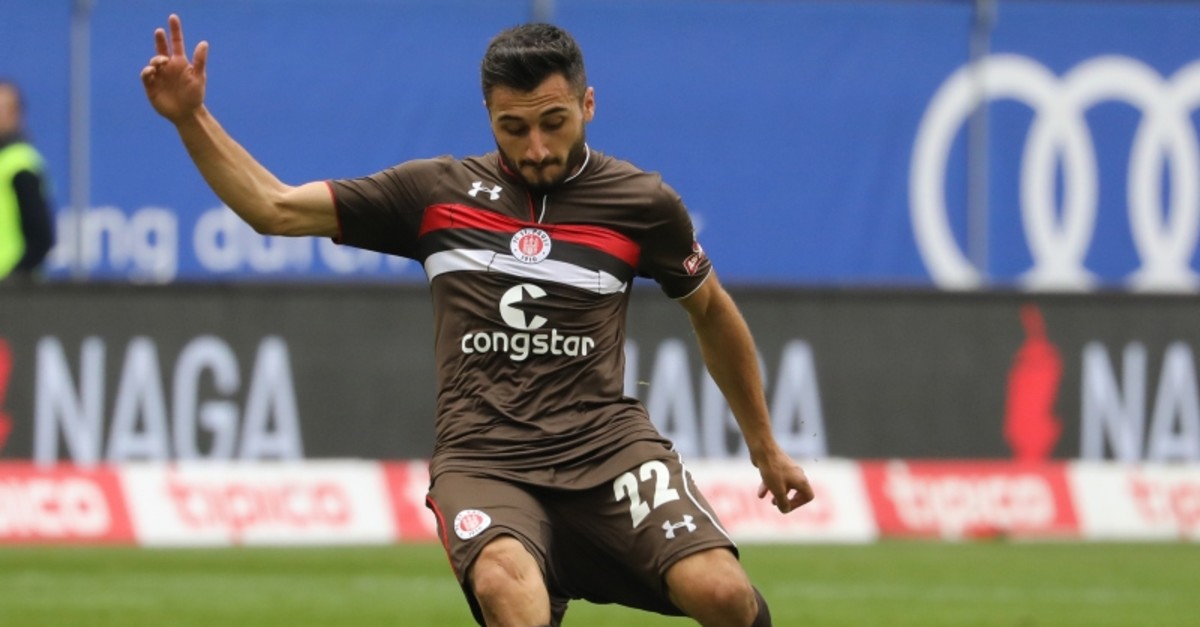 Turkish midfielder Enver Cenk Şahin received criticism for an Instagram post supporting Turkey's counterterrorism operation from his club, Germany's St. Pauli, which previously backed a Kurdish-German player who was convicted of spreading propaganda on behalf of the PKK terrorist organization.

Şahin shared a photograph of the Turkish flag on his Instagram account, with a caption praying for the Turkish Armed Forces' (TSK) Operation Peace Spring in northeastern Syria, which aims to clean the Turkish-Syrian border of Daesh and People's Protection Units (YPG) terrorists and allow the voluntary return of Syrian refugees to their homes.

St. Pauli and some of its supporters reacted to the post, accusing the 25-year-old midfielder of being a war-supporter.

The club shared a statement on its official Twitter account on Friday, saying that statements like Şahin's are against the club's values, adding that they are holding talks with the midfielder and will not make any further statements until those conversations are over.

In 2016, the club backed its former player Deniz Naki, who had been convicted of supporting the PKK terrorist group with "separatist and ideological propaganda."

The German-Kurdish player shared a photograph of two Palestinian children who were killed by Israeli forces, asserting that the children were killed in the Cizre district of southeastern Turkey's Şırnak province.

Diyarbakır Chief Public Prosecutor's Office launched a probe against Naki, who was at the time playing for Amed Sportif Faaliyetler, a second-tier football team competing in the Spor Toto 1. Lig of Turkey, asking for his imprisonment from one to five years over making propaganda for a terrorist organization.

St.Pauli players immediately backed their former teammate, showing up on the field before a match against Werder Bremen wearing uniforms reading "Naki and "for Deniz."

A photograph of the team's players was shared on the club's official Twitter account as well, with a caption reading, "Solidarity."

The operation, conducted in line with the country's right to self-defence borne out of international law and U.N. Security Council resolutions, aims to establish a terror-free safe zone for Syrians return in the area east of the Euphrates River controlled by the U.S.-backed

Syrian Democratic Forces (SDF), which is dominated by YPG terrorists. The YPG is the armed wing of the Democratic Union Party (PYD), the PKK terror group's Syrian affiliate.