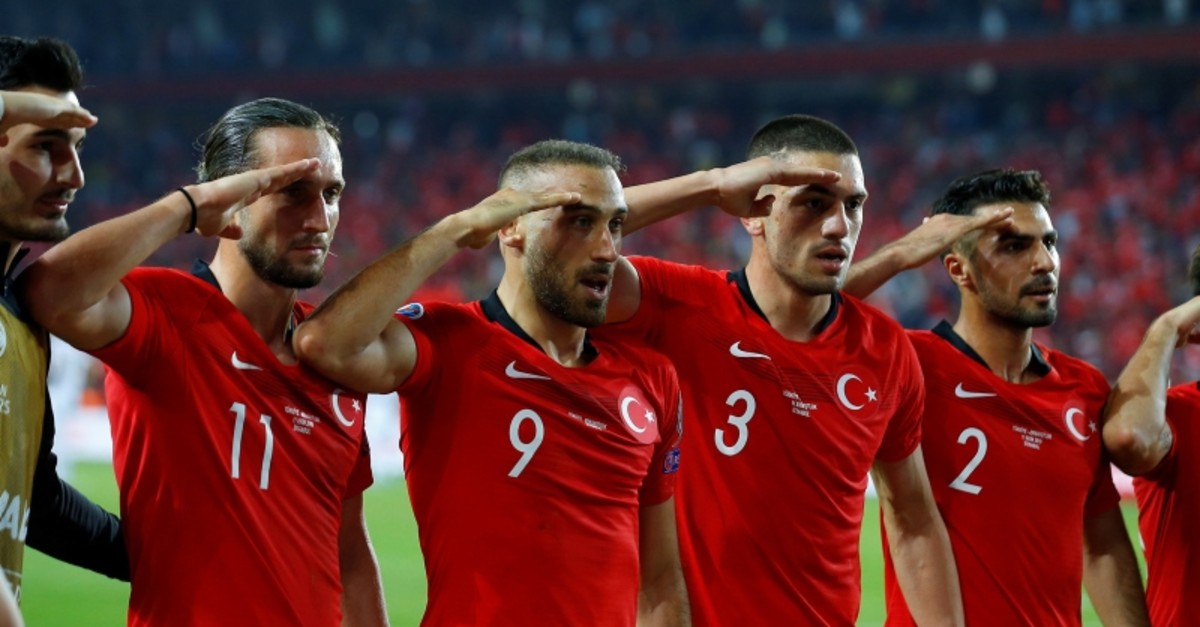 The European football governing body UEFA on Sunday denied claims it would investigate the Turkish national team over is goal celebration in a recent game.

Turkish player celebrated Cenk Tosun's late winner in a match against Albania in the Euro 2020 qualifiers with a military salute.

The game was played as Turkish military launched an anti-terror operation in northern Syria. Some spectators deemed the celebration political, which are punishable under UEFA rules.

Several media outlets quoted UEFA's media head Philip Townsend as saying the organization opened an investigation into the matter and the team faces a punishment.

Townsend, however, denied those claims.

"UEFA made no comments on Friday's match (between Turkey and Albania)," he said.