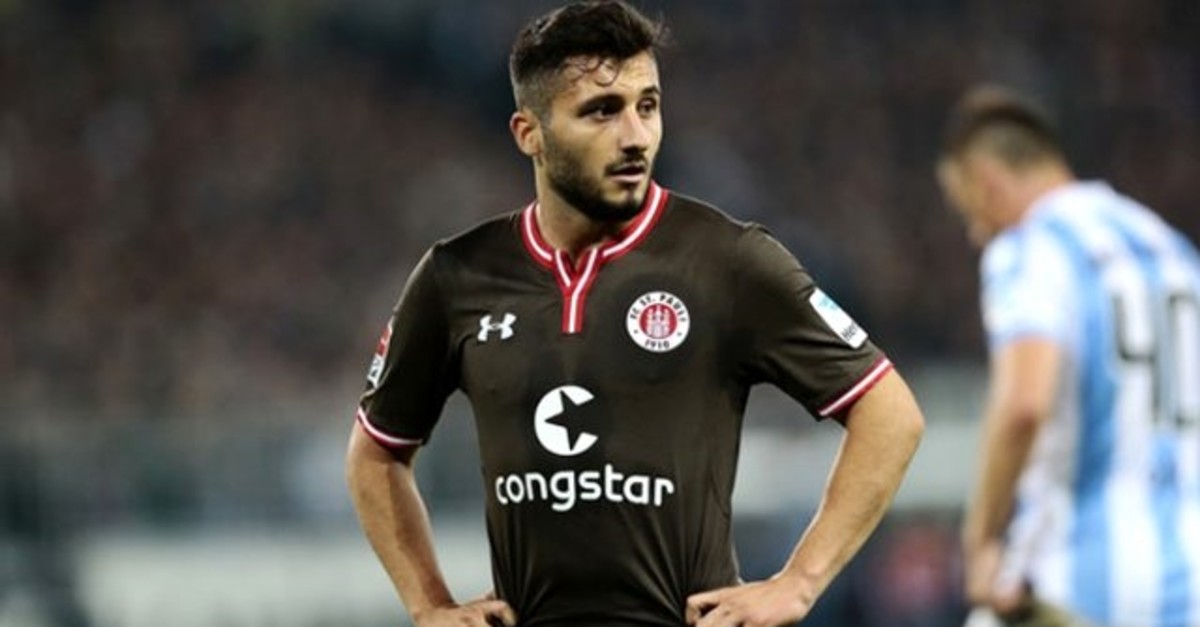 The post in question was of a Turkish flag shared by the 25-year-old player on his private Instagram account last week, accompanied by the words: "We are on the side of our heroic military and the army. Our prayers are with you!" and the Turkish hashtag of Operation Peace Spring.

In its statement, the club said they had reached a decision after an internal review and talks, announcing that "Cenk Şahin has been released from his training and playing duties with immediate effect." However, his existing contract will remain valid, the club added.

They said the "repeated disregard for the club's values and the need to protect the player" were prime factors in reaching the decision, reiterating that St. Pauli rejected "acts of war" and statements that expressed solidarity with them.

Şahin, St Pauli's second most expensive purchase at 1.3 million euros ($1.4 million) can seek the opportunity to train and play elsewhere. However, a transfer would be possible only from Jan. 1.

The decision received swift backlash from Şahin's supporters, who called the St Pauli administration "hypocrites" for taking such a stance, especially since they showed full support to a Kurdish-German player who was convicted of spreading propaganda on behalf of the PKK terrorist organization.

In 2016, the club backed its former player Deniz Naki, who had been convicted of supporting the PKK terrorist group with "separatist and ideological propaganda." The German-Kurdish player had spread falsified and defamatory information, sharing a photograph of two Palestinian children who were killed by Israeli forces, claiming that the children were killed in the Cizre district of southeastern Turkey's Şırnak province.

The Diyarbakır Chief Public Prosecutor's Office launched a probe against Naki, who was at the time playing for Amed Sportif Faaliyetler, a second-tier football team competing in the Spor Toto 1. Lig of Turkey, asking for his imprisonment from one to five years for making propaganda for a terrorist organization.

Despite this revelation, St.Pauli players stood by Naki, and went as far as sharing a photo of the team's players with a caption reading "Solidarity" on the club's official Twitter account. They also came to the field wearing uniforms reading "Naki and "for Deniz" in a match against Werder Bremen.

Turkey launched Operation Peace Spring, the third in a series of cross-border anti-terror operations in northern Syria targeting terrorists affiliated with Daesh and the PKK's Syrian offshoot the People's protection Units (YPG), on Oct. 9 at 4 p.m.