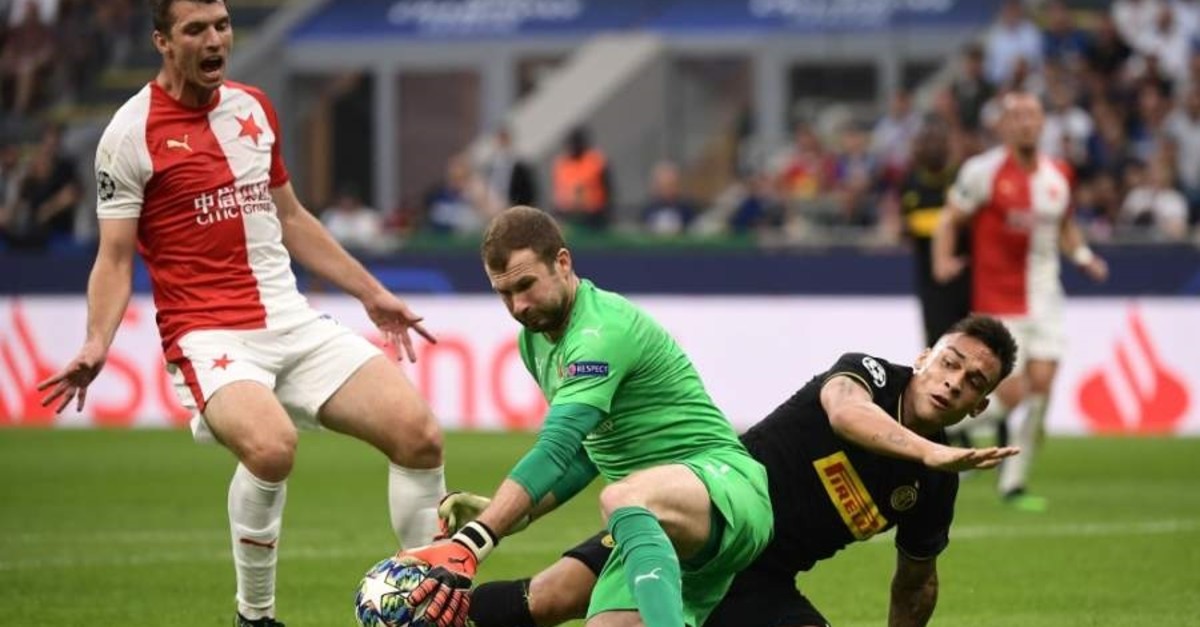 Barcelona is on a roll with five wins in Champions League and will seek to extend it in Wednesday's game against Slavia Prague.

Brushing aside the political turmoil around them, Ernesto Valverde's men eased past Eibar 3-0 away on Saturday with goals from Lionel Messi, Luis Suarez and Antoine Griezmann.

Their fifth straight competitive win, including a 2-1 victory over Inter Milan in their last Champions League game, took them to the top of La Liga a point ahead of Real Madrid.

Last week the two giants agreed to postpone the Clasico, which would have been a showdown for the top league spot, from next Saturday to December because of the protests in Catalonia.

In a much calmer Prague, reigning Czech champions Slavia came back from a goal down to see off minnows Pribram 3-1 on Saturday to secure a six-point lead in the Czech top flight.

With two games played, Barcelona is second in the Champions League Group F with four points following the Milan win and a goalless draw with Dortmund, who tops the group on a goal difference. Slavia sits at the bottom with a single point after holding Inter to a 1-1 draw in Milan and a subsequent 2-0 loss to Dortmund at home. Barcelona relished its attacking form after the Eibar clash, giving Slavia a cause for concern.

"There will be better or worse days, but we are getting to know each other little by little and we will go to more," Griezmann said after the game. "Great players always understand each other and always meet. In the end, with time and with matches they will still find more and better," added coach Valverde.

An underdog in Wednesday's clash, Slavia is building up confidence, betting on a physical style and tireless pressing promoted by coach Jindrich Trpisovsky. Last season, it eliminated Sevilla from the Europa League before bowing out at the hands of Chelsea in the quarterfinals.

"We'll go to the pitch knowing we can succeed," said defensive midfielder Tomas Soucek, the Slavia captain. "We want at least a point, we have proved we can face the giants and I believe we'll give them a hard time at home," added goalkeeper Ondrej Kolar.

The Czechs remember Barca's last match in Prague where they were hosted by Viktoria Pilsen in the Champions League in 2011. Barcelona won 4-0 as Messi scored a hat trick. "There are many players who can score, they all have a fantastic finish," said Kolar.

"We know how strong they are, particularly Messi, his left foot is exceptional and I think you can't really get ready for that." Soucek hailed Barca's "three unbelievable forwards" - Suarez, Messi and Griezmann. "It's funny to think that we'll swap the pennants with Messi and play against all these players," he said.

Barcelona, who took a day off Sunday before resuming training on Monday, will miss Sergi Roberto, who hurt his left knee at Eibar. Gerard Pique is likely to return to the team following a ban.