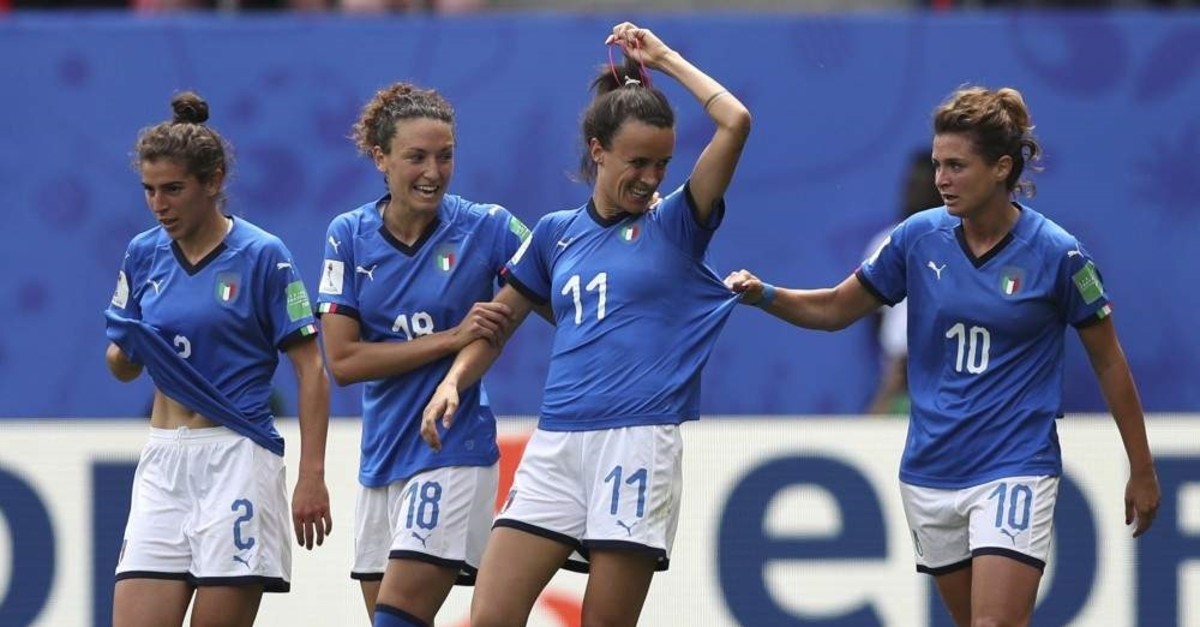 Italy's surprise run to the quarterfinals of the Women's World Cup this year went a long way toward changing misconceptions about the female game in a country where the most popular sport is dominated by men.

Nearly all of the big men's clubs – Juventus, AC Milan, Inter Milan and Roma – have recently developed teams to play in the growing Serie A women's league, with games shown live on Sky Italia every weekend. A record crowd of nearly 40,000 fans showed up in Turin last March to watch Juventus play Fiorentina – the club that was at the forefront of the female game domestically.

Yet one major aspect of women's soccer has not changed in Italy. Female players are still considered amateurs by Italian law and therefore are not permitted to earn more than 30,000 euros ($33,000) per year before taxes.

"The difference is there and we all know it," Juventus forward Barbara Bonansea said this week when Italy's squad was awarded the Foreign Press Association's Invictus award for promoting and "emancipating" the female game in the country.

"Before discussing earnings I would talk about our rights. I don't play because I want to earn as much as the men, also because that would not make sense, they earn so much I can't even wrap my mind around it. We just want what we deserve. That's what we're fighting for," added Bonansea, who is nearing an economics degree at the University of Turin. "If there's more coverage of our games and more sponsors come in, then we deserve more, too."

Still, new legislation remains a long way off. "It's the minimum they deserve," Italian national team coach Milena Bertolini said. "We have an antiquated law. It's shameful. If we want to be a modern, democratic and open society. we need to be treated with dignity." There's a similar situation in Spain, where players in the women's league decided to go on strike Wednesday after failing to reach a deal with clubs over working hours and minimum wages. Also, the U.S. women's team sued its federation in March – three months before winning the World Cup – alleging gender and pay discrimination.

Bonansea's two-goal performance in Italy's 2-1 comeback win over Australia got the ball rolling for the Azzurre at their first World Cup in two decades. She discussed the "psychological violence" that she and other players faced growing up in a country where girls were not expected – or even allowed – to play soccer.

Bonansea began playing on her brother's team and didn't join a girls' squad until she was 13. The 53-year-old Bertolini had to dress up as a boy to play as a kid. "When I was 9 or 10 I had short hair and my teammates didn't even know whether I was a boy or a girl. So I played and everyone called me 'Mario' and nobody noticed," Bertolini said. "This caused a lot of (pain) which I had to bear for a long time."

Sexism remains embedded in the Italian game's terminology with coaches referred to as "Mister" – a term leftover from when the English introduced soccer to Italy at the end of the 19th century.

"I call (Bertolini) Mister," Bonansea said. "It's just a matter of habit. But we can change it." The word "uomo" - man - is used to announce when an opposing player is coming up from behind and in "marcatura a uomo" - man-to-man defense. "The terminology we use on the field is copied completely from male soccer. Our soccer is still in its early stages but I think it's important that this should change," Bertolini said. "The word used most on the field is 'uomo.' And I don't like that." But the women's players are changing perceptions in other ways.

Bonansea is the face of a Nike campaign aimed at young girls in Italy while Juventus and national team captain Sara Gama – the daughter of an Italian mother and a Congolese father – had a Barbie doll modeled after her.

"Here in Madrid I don't have any problems," said Linari, who plays for Atlético Madrid. "Whereas in Italy, I'm afraid to discuss the subject because I don't know what the reaction might be.

"My grandmother's reaction was touching. She was happy for me but she was crying when she said she was afraid for me because we're not protected," Linari added to RAI.

"Kids are afraid to express themselves," Bertolini said. "She was very courageous and now let's hope announcements like these help change the mentality here."

Making the women professionals would be a big improvement, too.