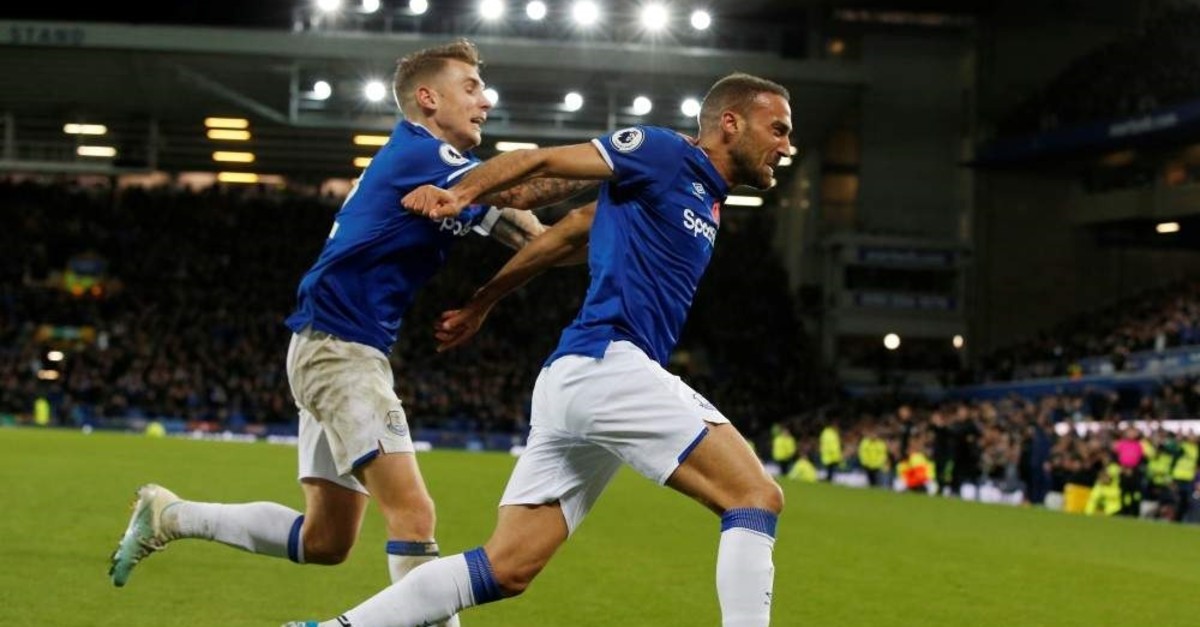 Cenk Tosun's stoppage-time header earned Everton a 1-1 home draw against Tottenham Hotspur in the Premier League on Sunday in a match overshadowed by a bad-looking injury to Everton midfielder Andre Gomes.

Dele Alli's goal just past the hour mark appeared to have ended Tottenham's long wait for a Premier League away win.

Spurs were reduced to 10 men in the 79th minute when Son Heung-min's tackle on Gomes resulted in the Portuguese midfielder suffering what looked to be a bad leg injury.

South Korean forward Son looked distraught as he realised the extent of the injury to Gomes who was carried off on a stretcher after a lengthy delay.

Everton were denied a penalty when the ball appeared to inadvertently brush against Alli's hand as he challenged for an aerial ball but after a three-minute delay for a VAR check referee Martin Atkinson did not award the hosts a spot kick.

Substitute Tosun denied Tottenham victory when he headed home deep into the time added on for the Gomes injury.

Tottenham, still without an away league win since January, moved into 11th spot in the standings with Everton in 17th.