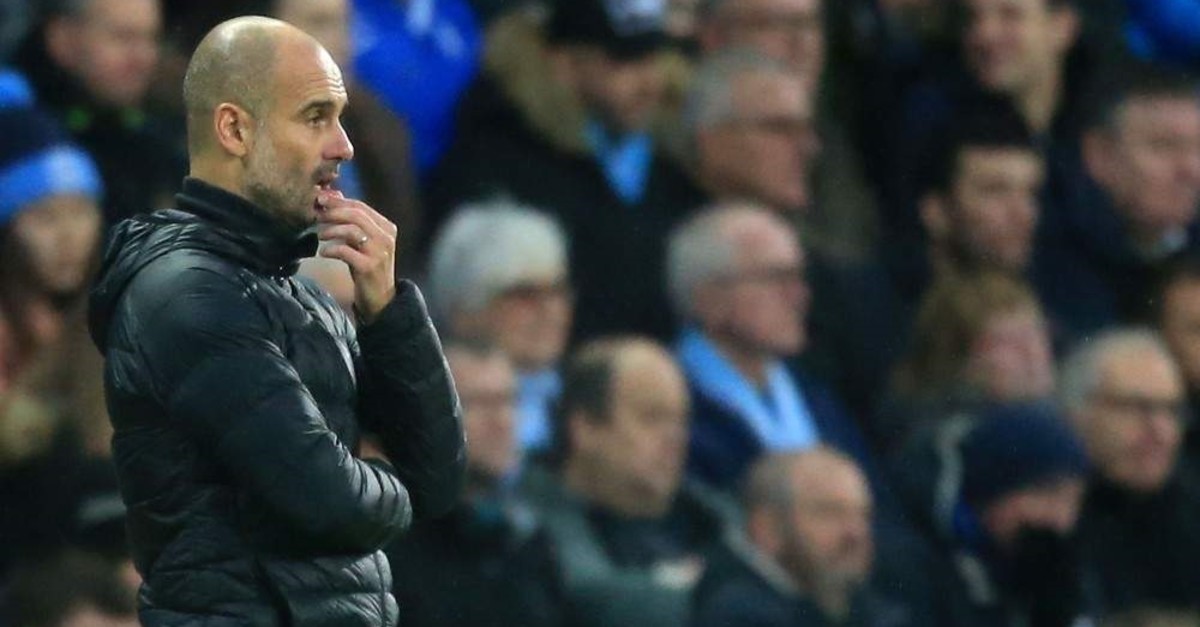 Manchester City may become the first English team to book a place in the knockout rounds of the Champions League when they hit Atalanta, but title-holders Liverpool can't afford any mistakes against Genk at home

The latest round of the Champions League (CL) begins Tuesday as English football giants Manchester City and Liverpool seek desperate wins. Pep Guardiola's side topped Group C after winning its first three games and will go through with a Wednesday victory over a pointless Atlanta side they hammered 5-1 at home last time out.
Liverpool came second in Group E before hosting Genk a day earlier. London duo Chelsea and Tottenham can also take little for granted as they welcome Ajax and visit Red Star Belgrade, respectively.
Borussia Dortmund vs. Inter Milan and Zenit St Petersburg vs. RB Leipzig also look like key games in the race to the last 16.
City travels to Italy knowing it faces a crucial visit to Premier League leaders Liverpool next weekend but its group position means it may consider rotating the squad. "... in general we have a lot of points and we face one team [Liverpool] who have 10 wins and one draw," said Guardiola. "We are going to go to Italy and afterward we got to Anfield and try to play a game."
Dinamo Zagreb hosts Shakhtar Donetsk, with both teams on four points, in the other tie.
Liverpool, who lost in Naples, will stabilize if it defeats Genk as at least one of RB Salzburg and Napoli drops points from their meeting.
Tottenham visits Red Star Belgrade, who is one point behind them in Group B despite losing 5-0 in London last time.
Bayern Munich top that group and host Olympiakos under the guidance of interim coach Hansi Flick having parted from Niko Kovac on Sunday. "The performances of our team in recent weeks and the results have shown us that there was a need for action," said chairman Karl-Heinz Rummenigge. Bayern also must look ahead, to a home showdown with Dortmund next week, but have more breathing space than Borussia.
Dortmund and Inter each trail Group F leaders Barcelona, who hosts Slavia Prague, by three points. "We're not yet fulfilling our full footballing potential," Sebastian Kehl, Dortmund's head of professional football told ZDF. But after beating Wolfsburg to go second he said, "you could sense the team's desire to get back winning ways."
Barcelona, lacking the currently injured Luis Suarez, is looking to bounce back from a third league away defeat of the season at the weekend. "We don't have an explanation for it," said Antoine Griezmann after a 3-1 reverse at Levante. "But if you lose the way we did it means a lot of things are not right."
Chelsea hosts Ajax in a showdown of the top two in Group H, set up by a 1-0 win in Amsterdam two weeks ago. Valencia is likely to be without Francis Coquelin and Kevin Gameiro and the suspended Mouctar Diakhaby, while Carlos Soler is doubtful for the visit of Lille.
Juventus and Atletico Madrid are both close to early qualification as they top Group D. The Italian champion also lead Serie A before going to Lokomotiv Moscow on Wednesday but has not impressed in recent outings, struggling to get goals while learning the ropes under ex-Chelsea and Napoli coach Maurizio Sarri.
"At this moment there are no calculations to be made, only points to be made," he said after a narrow 1-0 win against Torino.
Diego Simeone is still without Joao Felix, Stefan Savic and Jose Gimenez away to Bayer Leverkusen. Angel Correa looks set to start up front alongside Alvaro Morata with Diego Costa still out of sorts.
James Rodriguez and Gareth Bale are still out for Real Madrid, who host Galatasaray, sitting second in Group A. "We have to do more to put a run together but we are not playing that badly," coach Zinedine Zidane said after a weekend draw at Betis.
Leaders Paris Saint-Germain host Club Brugge in the other tie. And in tight Group G, leader Leipzig on six points visits Zenit (four) while Lyon (four) welcomes Benfica (three). "Our link-up play went really well and we took our chances when they came," Leipzig's Christopher Nkunku said after the club record 8-0 win over Mainz on Saturday. "We want to take this form into our Champions League match on Tuesday."
Last Update: Dec 20, 2019 1:26 am
RELATED TOPICS