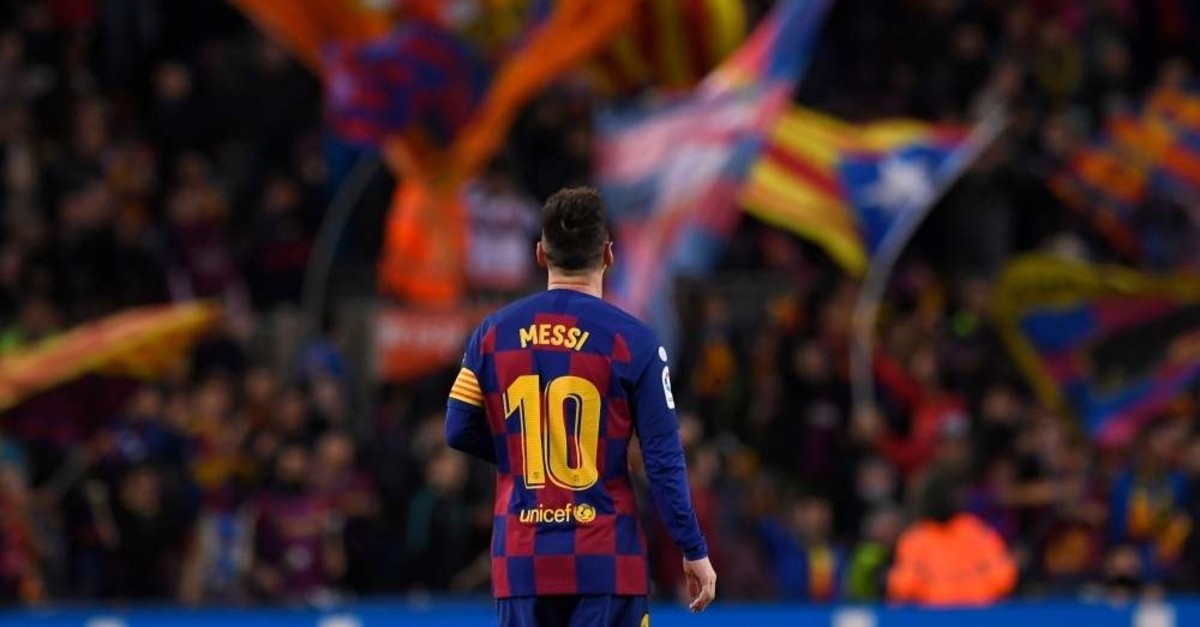 Messi celebrates after scoring during the Spanish league football match against RC Celta de Vigo at the Camp Nou stadium in Barcelona on Nov. 9, 2019. (AFP Photo)
by Compiled from Wire Services Nov 12, 2019 11:42 am

The Spanish Super Cup tournament will be played in Saudi Arabia in January 2020, the national football association (RFEF) said Monday, confirming long-mooted plans that have already attracted widespread criticism in and outside Spain.

Spain's move follows Italy, which played its Super Cup in the kingdom last January, despite protests by Italian politicians and human rights activists who cited the assassination of Washington Post columnist Jamal Khashoggi at the Saudi consulate in Istanbul.

"The Spanish Super Cup will be held in Saudi Arabia over the next three years and will be held in winter with the objective of easing fixture congestion, as players and clubs have been calling for," RFEF said in a statement.

The federation declined to say how much the deal was worth but said all income earned from the revamped tournament would be reinvested in amateur football and women's football, aside from money granted to the four competing clubs.

When reports of the move broke in September, former Spain women's international Veronica Boquete heavily criticized the decision, saying it represented "the victory of money and business above sport, above everything else."

Spanish newspaper ABC said the federation would earn between 35-40 million euros ($39-$44 million) per year from the deal.

Spain's acting junior minister for sport, Maria Jose Rienda, said the government would not support holding the competition "in countries where women's rights are not respected."

Until recently, women were banned from attending football matches, as well as driving in the conservative kingdom. The kingdom lifted the bans in 2017, easing rules on gender segregation and women’s dress code.

However, some barriers remain and several women activists have been put on trial.

Federation president Luis Rubiales said he could guarantee no restrictions would be placed on women attending the Spanish Super Cup.

Saudi Arabia continues to face Western criticism over its human rights record, especially since the October 2018 killing of Saudi journalist Khashoggi inside the kingdom’s Istanbul consulate.

Real Madrid will face Copa del Rey holder Valencia in the first semifinal on Jan. 8 at King Abdullah Sports City stadium outside Jeddah, then Liga champion Barcelona plays Atletico Madrid in the second semi the next day at the same venue.