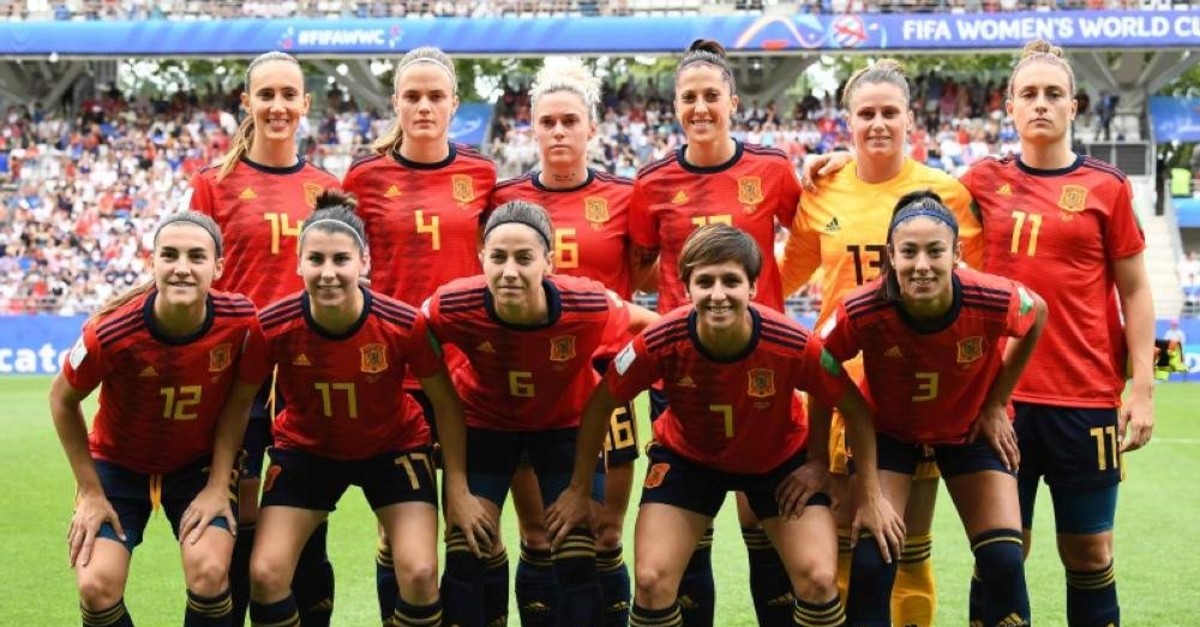 In this file photo taken on June 24, 2019 Spain's players pose ahead of the France 2019 Women's World Cup round of 16 football match between Spain and the U.S. at the Auguste-Delaune stadium in Reims, northern France. (AFP Photo)
by Associated Press Nov 17, 2019 5:39 pm

Spanish women’s league players have gone on strike this weekend demanding better wages and worker protections. Both of Saturday’s games and the six games scheduled for Sunday were postponed due to the players’ refusal to play.

Players had announced the strike last month after failing to reach a deal with clubs over wages and working hours. More than 90% of the 200 players who voted favored the strike, the first in women’s soccer in Spain.

The players’ and clubs’ associations in Spain have been mired in negotiations over a first collective agreement for more than a year.

Among other issues is the protection of benefits for players in the event of pregnancy.

Spain has 16 first-division women's clubs, but only a few are fully professional.

The clubs claim they can’t afford the changes currently proposed by the players.