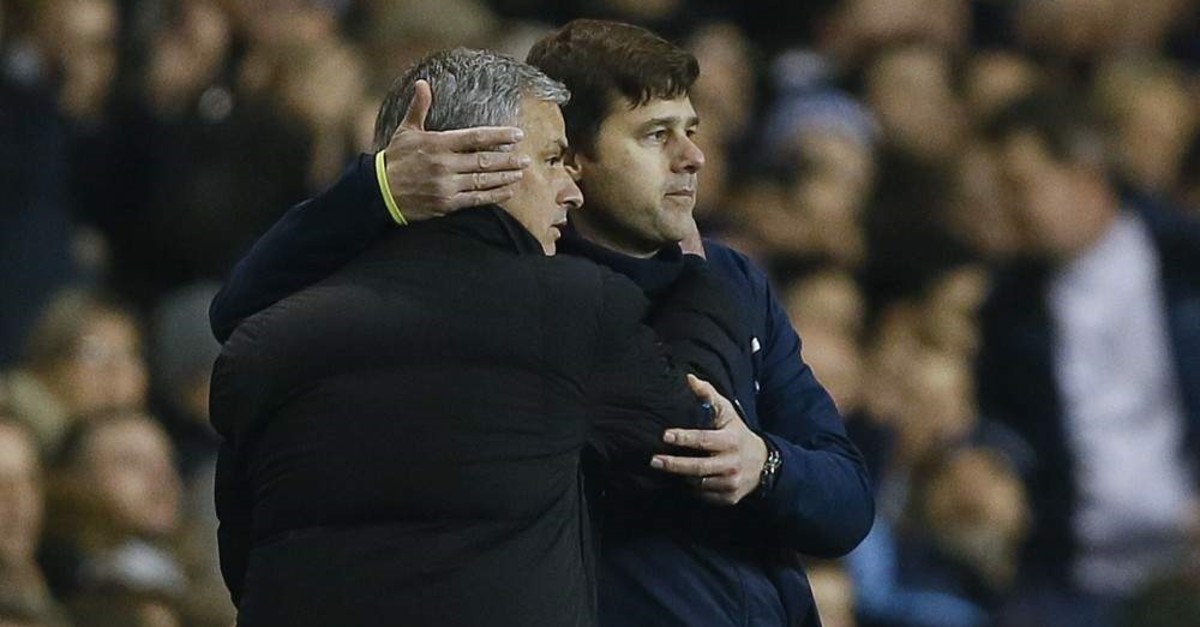 Jose Mourinho will return to coaching as Spurs manager, on a four-year contract, after being sacked by Manchester United last December

Tottenham on Wednesday announced the appointment of Jose Mourinho as the club’s head coach after sacking Mauricio Pochettino.

The Portuguese coach signed a contract that runs until the end of the 2022/23 season.

Speaking on his appointment, Jose Mourinho said: “I am excited to be joining a club with such a great heritage and such passionate supporters. The quality in both the squad and the academy excites me. Working with these players is what has attracted me.”

Mourinho is one of only three managers to have won the UEFA Champions League twice with two clubs, Porto in 2004 and Inter Milan in 2010.

“In Jose we have one of the most successful managers in football. He has a wealth of experience, can inspire teams and is a great tactician. He has won honors at every club he has coached. We believe he will bring energy and belief to the dressing room,” Tottenham chairman Daniel Levy said.

Pochettino was fired by Tottenham on Tuesday, a move that was sudden yet perhaps inevitable with the team’s declining fortunes on the field mirroring the ostensible disaffection of its manager.

“We were extremely reluctant to make this change,” said Levy, whose relationship with Pochettino has appeared strained in recent years as they clashed over transfer spending, “and it is not a decision the board have taken lightly, nor in haste.”

Nor would they. It wasn’t long ago that Pochettino was one of the most sought-after managers in world soccer, having transformed Tottenham into a title contender in the Premier League and guided the team into last season’s Champions League final – a remarkable feat that remains the standout achievement of his five and a half years in the job.

That masked, however, an alarming slump in results on the domestic front that has seen Spurs win just six of their last 24 Premier League games since February, a period that goes back to the end of last season.

With the team currently in 14th place in the 20-team league and showing no sign of an improvement, Levy made his move.

“Regrettably domestic results at the end of last season and beginning of this season have been extremely disappointing,” Levy said.

“It falls to the board to make the difficult decisions – this one made more so given the many memorable moments we have had with Mauricio and his coaching staff – but we do so in the club's best interests.”

Pochettino departs without having won a trophy as Tottenham manager, a stain on an otherwise brilliant tenure in which he has had to battle against the biggest teams in Europe while working under strict financial constraints as Spurs prepared to move into a new stadium.

Spurs’ decision to sack Pochettino sent shockwaves through the football world, with pundits saying the club should have given him more time to turn the season around.

"He helped the club to punch massively above their weight for years," Lineker said on Twitter. "Good luck with finding a better replacement... ain't gonna happen."

"I think he should have been given until the end of the season to try and get Tottenham back where they should be and where Tottenham should be really is not actually in the top four," he said.

"I can't thank this man enough," the 23-year-old said. "He's taught me so much and I'm so grateful for everything he's done for me. Good luck and hope to see you again my friend."

However, with only 25 points from their last 24 games stretching back to last season, former Spurs manager Harry Redknapp said the sacking was inevitable.

"The results have not been good enough, they've not performed well enough. That's what gets you sacked as a football manager," Redknapp said, adding that he would return as an interim manager until the end of the season if he was asked.

"They've had one Champions League final and, if you look back at the run, really everything went their way a little bit. But they've not won a trophy in five or six years with an incredible squad of players, full of internationals," he said.

"People talk about the players there all loving him. If they love him that much, maybe they should have started playing a bit better. At the end of the day, they've got him the sack," Redknapp added.