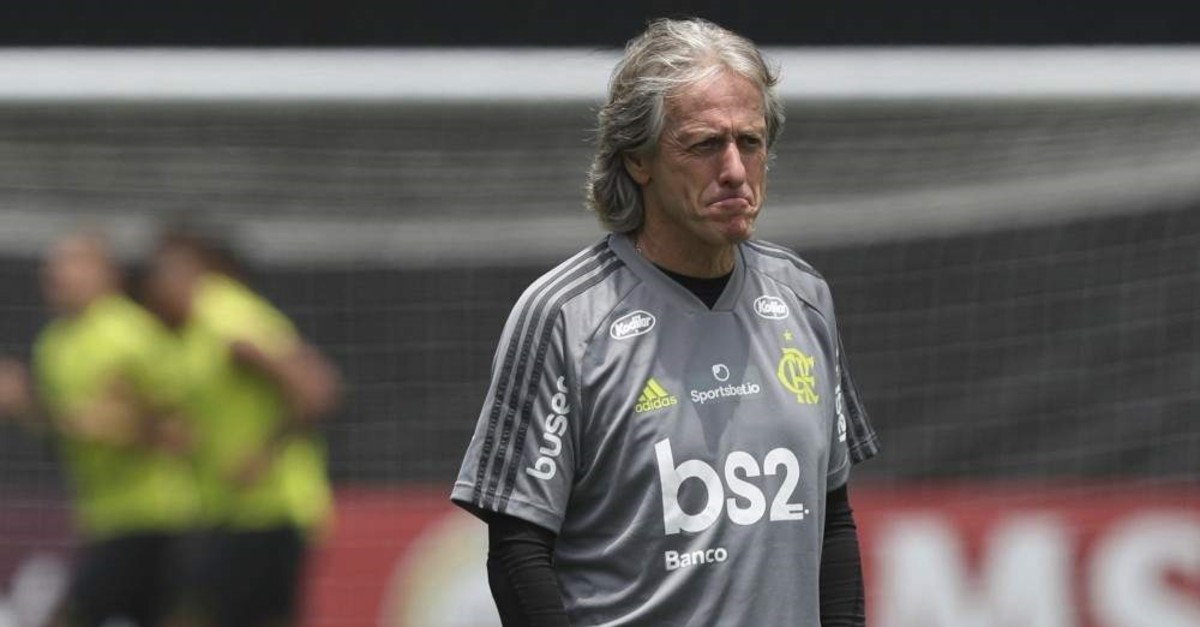 This year's Copa Libertadores final features two of the biggest clubs in South America, but Saturday's encounter between River Plate and Flamengo is unusual in that attention is focused as much on the coaches as the players

Defending champion River Plate was “a little nervous” about the Copa Libertadores final on Saturday, according to midfielder Nacho Fernández. He added, however, his hope is that the Argentine team will play with “a cool head and a warm heart” against Brazilian side Flamengo.

Both teams, River first then Flamengo in the evening, were welcomed by hundreds of fans at Lima’s airport.

Flamengo was given a bigger farewell as tens of thousands of supporters followed the team bus to Rio de Janeiro’s international airport. In contrast, Argentine fans gave a timid farewell to River on the streets of Buenos Aires.

Lima’s Monumental Universitário Stadium replaced Santiago’s Estádio Nacional as the venue for the final after street protests erupted in Chile this month. For the first time in the Copa’s 58-year history, the final is a single match.

River won last year over two controversial legs against archrival Boca Juniors. The first leg was drawn, but the second leg was delayed after violence against the Boca team. The second leg was moved to Madrid, where River won 3-1 to win its fourth crown.

Flamengo won its only previous Copa in 1981.

This year's final features two of the biggest clubs in South America, but Saturday’s encounter is unusual in that attention is focused as much on the coaches as the players.

The coaching contest between River Plate's Marcelo Gallardo and Flamengo's Portuguese boss Jorge Jesus pitches a local lad against a foreign hire, a relative youngster against a veteran, and a quiet club stalwart meeting a voluble outsider.

At River, where he starred as a player, Gallardo has an almost god-like status.

In his first season in charge in 2014, the softly-spoken 43-year-old led them to the Copa Sudamericana, South America’s equivalent of the Europa League. A year later, he led them to the Libertadores title for the first time in almost two decades.

They won the Libertadores again last year and are aiming to become the first team to win the trophy twice in a row since rivals Boca Juniors in 2001.

Gallardo’s ability to build and rebuild in a region where good players seldom stay at one club for very long, has long been overlooked outside South America, much to the bemusement of his peers.

"What Gallardo has done is incredible, the level of results and consistency, year after year," Manchester City coach Pep Guardiola said earlier this year. "It’s inexplicable to me that he is not nominated for the best coach in the world."

His opposite number on Saturday may not be ranked among the best in the world, but Jesus has a lofty reputation in his native Portugal having led Benfica and Sporting Lisbon to an array of trophies.

Jesus arrived at Flamengo in June and his side is unbeaten since the first Sunday in August, with performances that are reminiscent of the great 1980s-era side featuring Zico, Junior and Leandro.

Already champions-elect of Brazil's Serie A, if they can win in Lima they should become the first team to complete a league and Libertadores double since Pele’s Santos in 1963.

Jesus, 65, would also be the first foreign coach to lead a Brazilian side to the Libertadores, the region’s premier club competition. His status as a foreigner has riled and enchanted Brazilians in equal measure.

Fans love his presence, with his flowing grey hair, public dressing down of players, and strong Portuguese accent. Brazilian coaches, however, have chafed at the pundits’ fawning attention.

His methods, and their evident success, have nevertheless prompted a long-overdue conversation about globalization in the insular world of Brazilian football.

"What he brought in terms of intensity and aggression is different," said Leonardo, the former Flamengo player who is sporting director at Paris St Germain. "That is something the Brazil league had lost. It is very European. People are going to be talking about this for years to come."