A tale of two managers, Abdullah Avcı and Aykut Kocaman 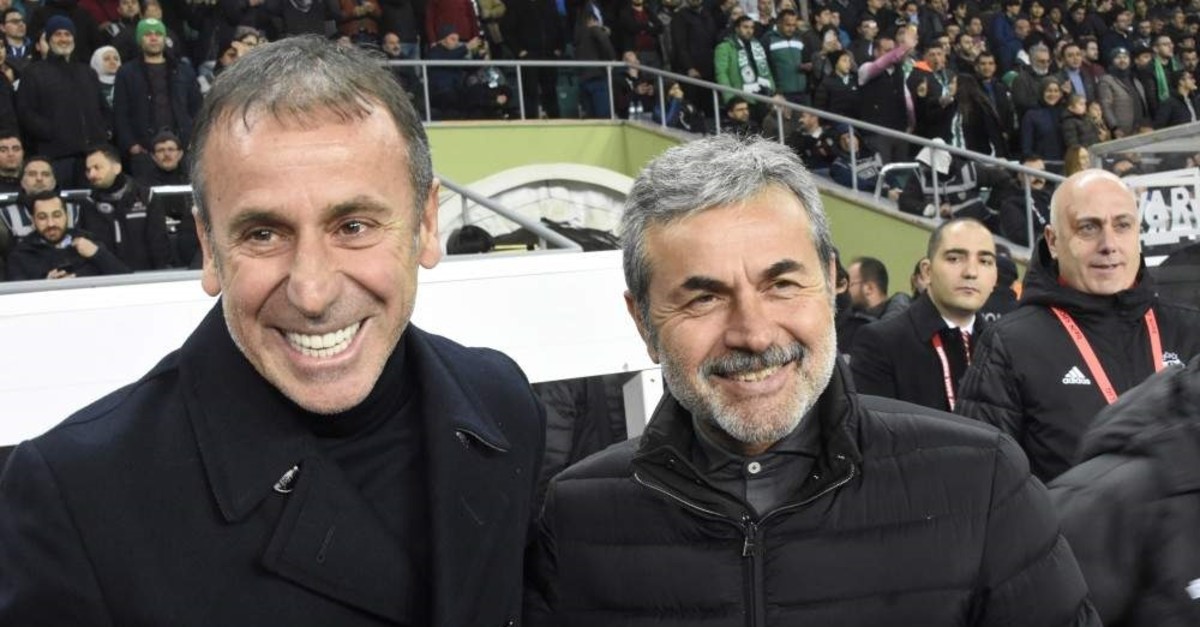 Despite what people might think, Abdullah Avcı and Aykut Kocaman are the two Turkish football managers I admire the most. Regardless of the way they play, offensively or defensively, they have always tried to bring order to their gameplay.
Despite the chaotic nature of the Turkish Süper Lig, you know these two managers were always after consistency, something beyond a two-game streak. Nevertheless, they have been mediocre at best, since the start of the season, failing to meet not only the expectations of the fans but also their own.
Avcı had to give up on his possession-oriented tactic a few weeks ago in order to keep Beşiktaş alive, but Kocaman still insists on a purely defensive strategy, which took Konyaspor to the 14th spot in the Turkish Super League. I argue that the side's main problem is that it takes repetitive forms in too fundamental a way, failing to formulate inner mechanisms within the system.

Beşiktaş, for instance, started the season with a game that was almost identical to Medipol Başakşehir's style over the last five years. A very organized possession game where players patiently circulated the ball in the opponent’s half, waiting for the best opportunity to play the ball directly.
Nonetheless, this success of the Başakşehir system collapsed in Beşiktaş after two months of trial and error, with Avcı forced to return to a more unpredictable, direct game which resembled Şenol Güneş’s Beşiktaş. After that, the team began to get more wins, but Beşiktaş’s hopes of long-term success were already irrevocably damaged. Now, the team is getting results in the Turkish Super League, but more challenging competitions, like the Champion's League, turned into a catastrophe for the team.

On the other hand, Aykut Kocaman’s Konyaspor, one of the least goal-scoring teams in the Turkish Süper Lig, refused to acknowledge that its system is not functioning well.
Kocaman has been coaching Konyaspor since last year, but there has been little to no improvement in performance. When Kocaman started in his new position last year, Konyaspor was among the best performing teams in the league, thanks to the current leader Sivasspor’s manager Rıza Çalımbay. The team that once was a nightmare for Turkey's major teams is now seen as an easy away game.
From point A to B

The common problem of the two managers at this point is that they forgot to build one of the most important aspects of a strategy: how to bring the ball from point A to point B. When you watch Beşiktaş and Konyaspor, there is no problem with their positioning or the formation, but both teams cannot carry the ball to the opponent’s half with consistency. They neither have the talented players nor a talented game to achieve that.
In Başakşehir, Avcı had Emre Belözoğlu and İrfan Can Kahveci to help him ease the way when they encountered a tough defense, and the same scenario applies to Kocaman’s Fenerbahçe career. That is also why, despite being 40 years old, Emre Belözoğlu was bought by Fenerbahçe, as he offers a unique skill in Turkish football: bringing the ball from point A to point B consistently.

Until Avcı and Kocaman solve this problem, either by buying better playmakers or building better set-pieces, their ideal game will always remain a distant dream. They both know how they achieved it once and there is no point in insisting on a game that was set to fail from the beginning.