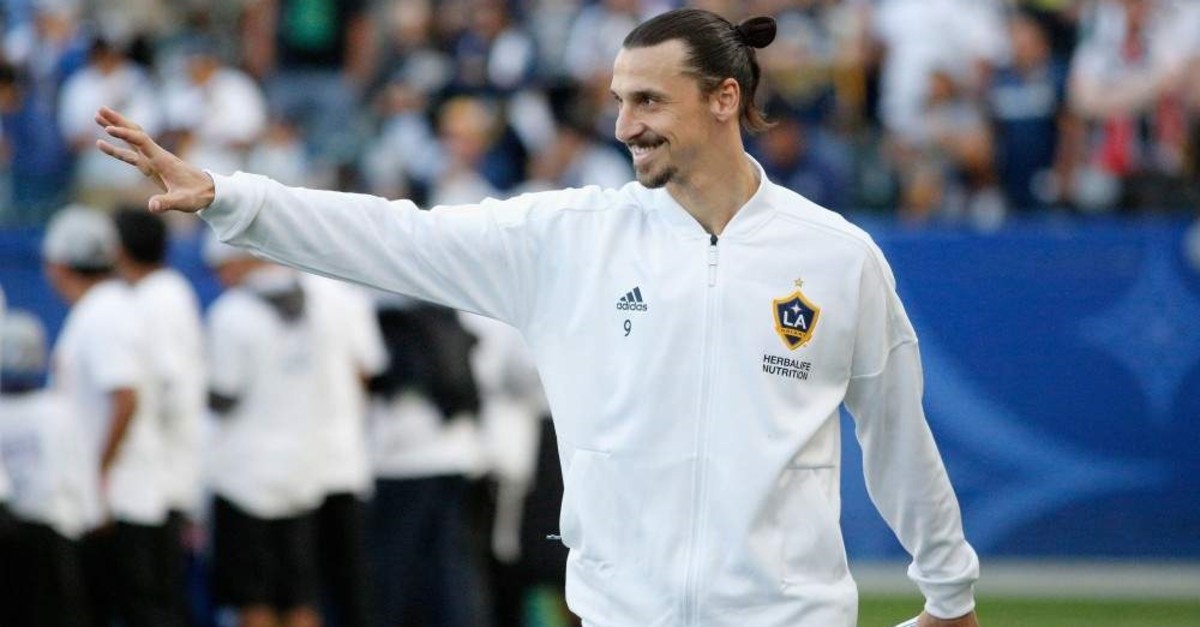 Ibrahimovic waves to fans before a game against Sporting Kansas City, Carson, California, April 8, 2018. (AFP Photo)
by Nov 27, 2019 2:23 pm
Zlatan Ibrahimovic has acquired roughly a quarter of the shares in the Stockholm-based football team Hammarby, the club said Wednesday. The 38-year-old former Juventus, Barcelona, Paris Saint Germain (PSG) and Manchester United forward has bought 50% of American sporting and entertainment company Anschutz Entertainment Group's (AEG) stake in the Swedish team, according to a separate statement by AEG. AEG also owns the LA Galaxy where Ibrahimovic has played the last two Majot League Soccer (MLS) seasons, although he has confirmed he will leave when his contract runs out at the end of the year.
Ibrahimovic had hinted that something was in the works earlier this week when he posted a short video on Instagram showing a football jersey in Hammarby's colors and the name Ibrahimovic on the back. He said he would not have a playing role for Hammarby, telling sports magazine Sportbladet, "For 10 years I've said I won't return to Allsvenskan (Sweden's top league). It's not going to happen."
"I had agreed with the team from Hammarby and AEG to get this thing as global as possible. We were to be seen all over the world. Not just in Sweden."
Hammarby are rivals of Malmo FF, the club where Ibrahimovic started his professional career in 1999.
"This is still new to us, but of course very exciting," Hammarby Chairman Richard von Yxkull said in a statement.
The club was originally founded in the late 19th century, although it only started a football club in 1915. It has only won the Swedish title once, in 2001.
Last Update: Dec 20, 2019 1:57 am
RELATED TOPICS