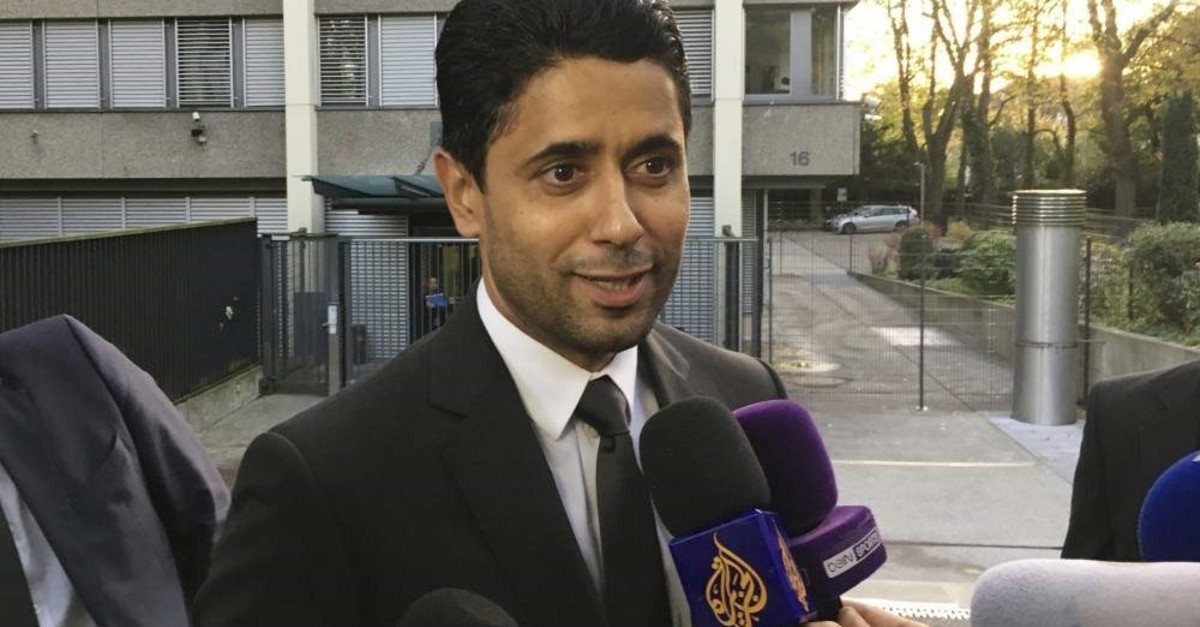 Paris Saint-Germain President Nasser al-Khelaifi was questioned again by Swiss federal prosecutors on Monday, and will seek to have a two-year investigation into allegations he bribed a FIFA official dismissed.

The office of Switzerland’s attorney general said Al-Khelaifi, former FIFA Secretary General Jerome Valcke, and a businessman who has not been identified presented themselves for questioning in the Swiss capital.

Final examination hearings were held ahead of decisions on “whether the proceedings are abandoned or a summary penalty order is issued or an indictment is filed,” the prosecution office said.

Criminal proceedings were opened against the three men in March 2017 and unsealed later that year before they were questioned for a first time in Bern.

In his role as chairman of Qatari broadcaster beIN Sports, Al-Khelaifi is alleged to have arranged for Valcke to use a luxury villa in Italy linked to sealing broadcast rights deal for the 2026 and 2030 World Cups.

“Valcke is believed to have accepted undue advantages from his two co-suspects,” prosecutors said on Monday. “In particular, the co-suspect Al-Khelaifi allegedly gave Valcke the sole rent-free use of a property.”

BeIN Sports renewed its Middle East and North African rights for those tournaments. It bought the 2018 and 2022 rights soon after FIFA picked Qatar as the 2022 tournament host exactly nine years ago on Monday.

“The principal allegation against Mr. Al-Khelaifi ... has no single basis in law or fact,” beIN said in a statement Monday.

“For this reason a motion to dismiss proceedings will be filed by Mr. Al-Khelaifi’s lawyers this week.”

BeIN said the price it paid for the 2026-2030 games – reportedly close to 500 million euros ($550 million), a record for the Middle East rights – showed that no favorable deal was struck.

Al-Khelaifi and Valcke have repeatedly denied wrongdoing, and Swiss prosecutors said they enjoy the presumption of innocence.

Since the criminal proceedings were opened, the PSG president was elected to represent European football clubs on the executive committee of UEFA. It meets on Wednesday in Nyon, Switzerland.

On Monday, Swiss prosecutors declined to predict a timeline for their work, which it called “dynamic processes, which are not influenced by the (Swiss attorney general’s office) alone.”

In a separate investigation, French prosecutors have implicated Al-Khelaifi in “active corruption” linked to payments allegedly helping Doha win hosting rights for the athletics world championships. He has denied wrongdoing.