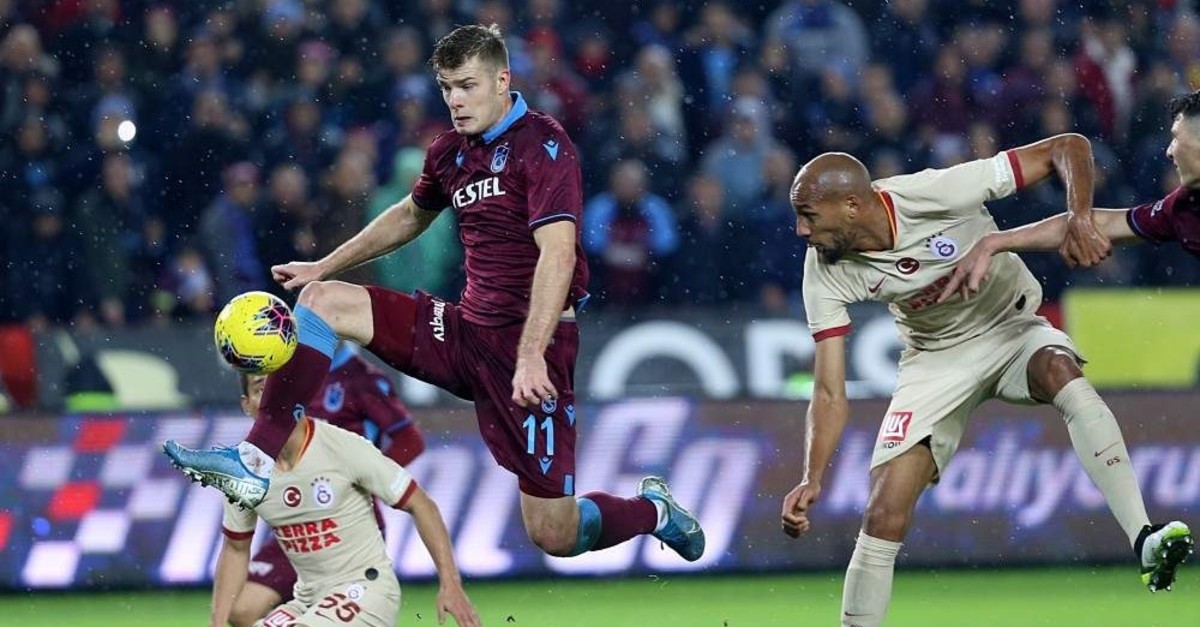 With a bit of luck and mental strength, Trabzonspor could have easily beaten Galatasaray on Sunday night. The team found numerous opportunities after getting the lead with Alexander Sörloth’s header, but could not make them count while Galatasaray found the equalizer in the 90th minute through Yuto Nagatomo.
The main reason why Trabzonspor could not hold on to its lead or even increase is that the team and the fans are so extremely motivated that they lose control when they play really good or really bad. In this case, Trabzonspor was obviously the better side and it could have easily made the game 5-0 if it had been more careful.
Nevertheless, knowing that it can score five against the titleholder was enough for Trabzonspor to lose control and give a chance to its hopeless opponent to get back into the game.

You can observe this extreme motivation in the fans’ reactions too. Despite their team’s dominant performance, Trabzonspor fans did not appreciate the way the game was played. I did not hear a single ovation from the fans while Trabzonspor created opportunities after opportunities within a short window. It was as if the fans would not be satisfied until the team scored the fifth goal and the fans definitely felt that.

Even though it could easily cripple Galatasaray and cling on to the 1-0 lead, Trabzonspor manager Ünal Karaman stepped up the gear and substituted defensive midfielder Majid Hosseini with striker Caleb Ekuban. It was, of course, a great move for the audience and an honorable move for positive football, but tactically I cannot say the same.
Clearly Karaman wanted to utilize the space between Galatasaray’s defenders and goalkeeper Fernando Muslera since Ekuban is fast enough to run deep into the penalty box.
Nonetheless, the problem is that Trabzonspor is unable to play a counterattacking game while preserving defensive stability, and that led the game into total chaos, which Galatasaray desperately needed to get a victory.

Do not get me wrong, I believe increasing offensive options despite leading the game is a viable option to win the game, especially against imbalanced teams. But it is a manager’s job to calculate the limits of his team and adjust the tempo accordingly.
Yes, it was still possible that Trabzonspor could score the second and maybe the third before Galatasaray found the equalizer, but that was an unnecessary gamble from the beginning. Right now the city of Trabzon and Trabzonspor are so focused on the championship that the main job of Ünal Karaman should be to keep the fans and the team calm until the end of the season. Because an overly motivated football player does not need extra motivation, but calmness would give them enough control to apply their skills in the game.
To win this kind of games and eventually the championship, Ünal Karaman and his team should learn how to lower the mental pressure. For Trabzonspor, this means finding a balance between offense and defense, as the former is much more dominant right now.