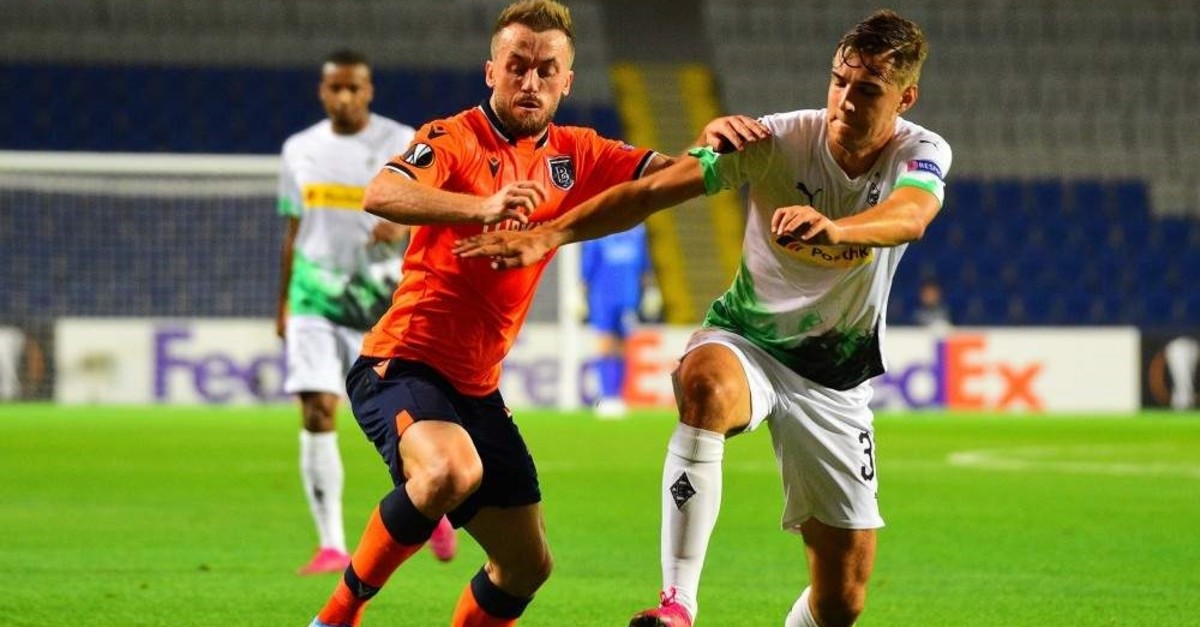 Medipol Başakşehir will visit Borussia Mönchengladbachon Thursday for a high stakes Europa League match which the Istanbul club must win to seal qualification for the next round.

Only a point behind Group J leader Mönchengladbach and second-place holders AS Roma, Başakşehir will have to give it all, as anything except a win over the German side will end its European campaign.

The German side will make it through to the round of 32 if it avoids defeat, ensuring first place with a victory, and will still progress with a loss if AS Roma is defeated at home by Wolfsberg.

The teams shared the points back in October on Matchday Two at their first competitive meeting, with Edin Visca giving Başakşehir the lead early in the second half only for Patrick Herrmann to set the final score at 1-1 with an added-time equalizer.

Başakşehir missed a chance to seal qualification earlier when it lost 0-3 at home to AS Roma in November, having temporarily held the top spot with back-to-back wins over Wolfsberg.

AS Roma will secure a ticket with a win or draw, or even a defeat if Başakşehir fails to win.

The Italian capital could see two teams through, although it is more complicated for Lazio. Lazio will qualify from Group E if it wins at bottom side Rennes and Cluj loses at home to group winner Celtic, given Lazio has a better head-to-head record.

Turkish clubs Beşiktaş and Trabzonspor will face Britian’s Wolves and Switzerland’s Basel, respectively. The matches will be the last for both clubs as they failed to secure a ticket for the next round.