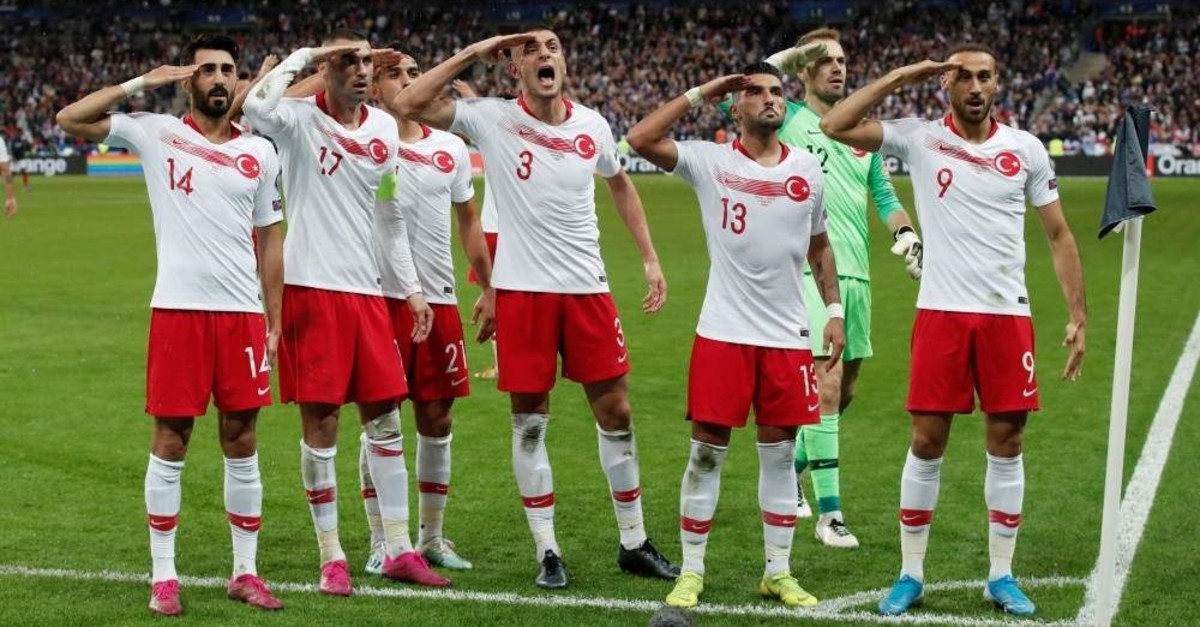 The UEFA will not impose a fine on Turkey following its controversial decision to investigate the military salute made by Turkish national team players during a match.

Turkish Football Federation official Servet Yardımcı told Demirören News Agency (DHA) Thursday that the international football body decided not to fine Turkey over the salute but will impose a fine of 50,000 euros over incidents involving Turkish fans during the Euro 2020 qualifiers.

In October, the UEFA launched an inquiry after the Euro 2020 qualifiers in Istanbul and France where Turkish players gave military-style salutes in celebration of goals. This probe was requested by France. Turkish athletes, especially footballers, have been celebrating with a military salute to show support for the Turkish troops on the frontlines during Operation Peace Spring – a Turkish military operation against the PKK-affiliated People's Protection Units (YPG) terrorist group in northern Syria near the Turkish border.

The inquiry has fueled outrage in Turkey. President Recep Tayyip Erdoğan labeled the inquiry a “wrongdoing,” and called on the UEFA to not let sports be politicized. Erdoğan also cited a “ systematic lynch campaign” against Turkish athletes abroad following Operation Peace Spring, including the exclusion of Turkish footballers from European clubs over support for the operation.