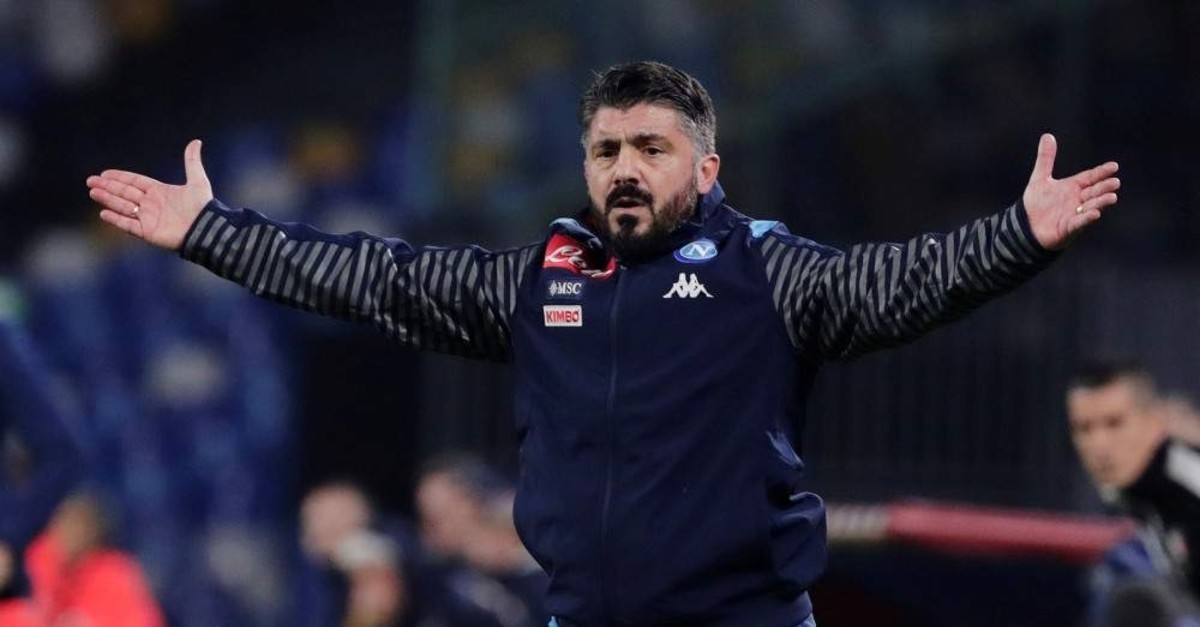 Gennaro Gattuso's debut as Napoli coach ended in a 2-1 injury-time defeat to Parma on Saturday as last season's Serie A runner-up extended its winless run to eight league games.

Gattuso was hired midweek to replace the fired Carlo Ancelotti – his former coach at AC Milan – but couldn't prevent Napoli from extending its winless streak.

Gervinho finished off a counterattack for Parma to decide the match.
After the match, Gattuso said Napoli was struggling “psychologically.”

“Napoli is not used to such a long winless streak,” he said. “These players are used to challenging at the top of the table, so they are struggling to adapt ... I accept full responsibility and blame for this loss.”

It was uphill from the start for Gattuso as Parma scored after only four minutes. Dejan Kulusevski took advantage of a failed tackle by Kalidou Koulibaly and finished with a decisive shot inside the near post.

Making matters worse, Koulibaly was injured on the play and had to exit with an apparent thigh problem. Napoli was awarded a penalty in the first-half added time only to have the VAR cancel the call as video footage showed that Hernani had barely touched Napoli midfielder Piotr Zieliński.

Gattuso put on Dries Mertens midway through the second half and the Belgium international made an immediate impact. A minute after coming on, Mertens provided a high cross that Arkadiusz Milik headed in from the center of the area.

Still, Napoli hasn't won in Serie A since beating Hellas Verona 2-0 on Oct. 19. “There is a lot of work to be done," Gattuso said. "This team has to shake off the tension and get back to playing the kind of free-flowing football it did for many years.” Napoli fell to eighth place and was leapfrogged by Parma.

Parma coach Roberto D'Aversa believes that his side and the fourth-placed Cagliari are proving they can match the top teams. "Coming here and conquering the three points was not easy," he said, as seventh-placed Parma target a return to Europe for the first time since 2007.

"It was a very difficult win against Napoli who has a new coach," Ivory Coast winger Gervinho said. "We had the right motivation to play. We defended and played as a team and we won.

"I was happy to score but I have to thank the coach [Roberto D'Aversa] and the team who have the right mentality to win."