Başakşehir to face Sporting in Europa League round of 32 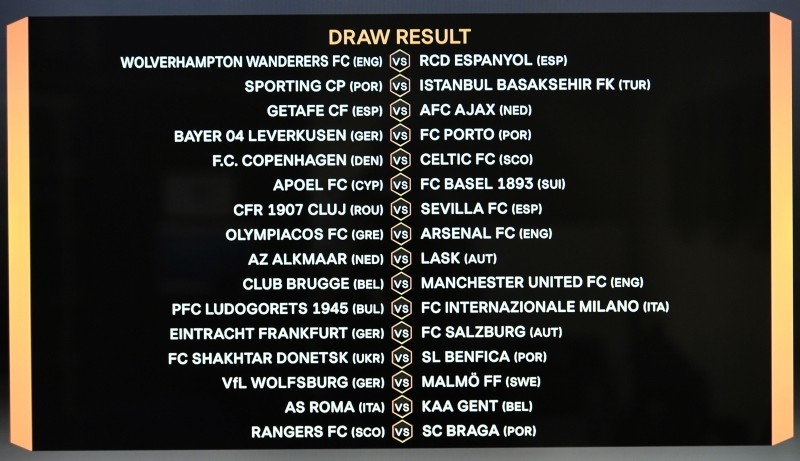 Istanbul Başakşehir will face Portugese side Sporting Lisbon in the Europa League round of 32.

The match, drawn Monday at UEFA headquarters, pits the Turkish side against the team that made record 33 appearances in the Europa League.

As a seeded team Başakşehir will play the first leg away from home on Feb. 20, while the return leg will be played one week later.
Meanwhile, Manchester United will face Belgian side Club Brugge, while struggling Arsenal was drawn against Olympiakos. Both English teams will play the first leg away.
The third Premier League club, Wolverhampton Wanders, starts at home against Espanyol, and record five-time winner Sevilla faces Romania's Cluj.

Other notable ties include 2017 finalist and 2019 Champions League semifinalist Ajax against Getafe, ex-champion Inter Milan against Ludogorets of Bulgaria, and Bayer Leverkusen against Porto.