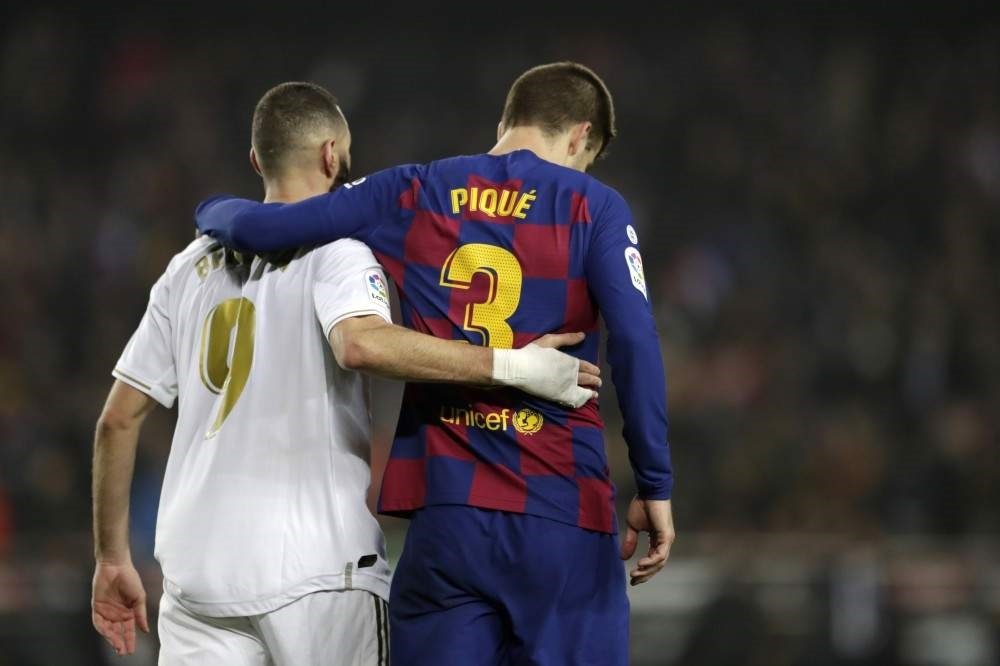 Barcelona drew 0-0 with Real Madrid on Wednesday in the first league "Clasico" without goals since 2002, sending both teams into the final La Liga fixtures of the year tied at the top of the table, facing Alaves and Athletic Bilbao on the weekend

Barcelona and Real Madrid are looking to finish the year on a high this weekend as their tense title battle continues with La Liga clashes against Alaves and Athletic Bilbao, respectively.

The top two, tied on 36 points after 17 games each, drew 0-0 in a frustrating Clasico on Wednesday, leaving the title race virtually even.

Real Madrid played well at Camp Nou, having the better of the game, and host Athletic on Sunday with increased conviction.

"If you have chances you have to score them and that's what we lacked on some occasions," said Real Madrid coach Zinedine Zidane after the Clasico.

Madrid's Karim Benzema is level on 12 goals with Barcelona's Lionel Messi at the top of the scoring charts, but the Frenchman could not break the deadlock in Catalonia.

"The team's performance was good but we wanted to win. That's football and you have to think sometimes you do things well but it can't be so."

Real Madrid midfielder Casemiro put in an all-action display against Barcelona but picked up a booking, his fifth of the league campaign, which means he will miss the clash with Athletic.

Fede Valverde could drop deeper with Luka Modric returning to the side after being benched in the Clasico.

"He's having a good season because each game he gets better and better," said Zidane of the young Uruguayan.

"He's an important player, the same as many others. For him this year is all new because he's playing regularly now."

Barcelona will be much less happy with its performance in the Clasico, where it was often penned back, and not only must win against Alaves but play well too, to satisfy its supporters.

Fans whistled Barcelona at the end of the clash with Real Madrid, unhappy with the team's display after they created few chances in a dull draw.

"I don't care about the league table right now because there's a long way to go and it's expected to be a very balanced title race," said Valverde. "We'll see who bears it until the end."

Sergio Busquets was dropped from the starting line up after falling ill before the game but appeared on the bench and should be fit to face Alaves.

"I thought I could use him in the game but didn't see fit to make that change," added Valverde.

Barcelona will be without Arthur, who has a groin injury, and Ousmane Dembele who is recovering from a hamstring injury in France.

Elsewhere Leganes host Espanyol in a crucial clash at the foot of La Liga.

Both teams are on 10 points from 17 matches, in 19th and 20th respectively, five points from safety.

Espanyol, who have reached the Europa League round of 32, are struggling in Spain's top flight under Pablo Machin, who took over in October.