Fenerbahçe needs to transfer to a new game in January 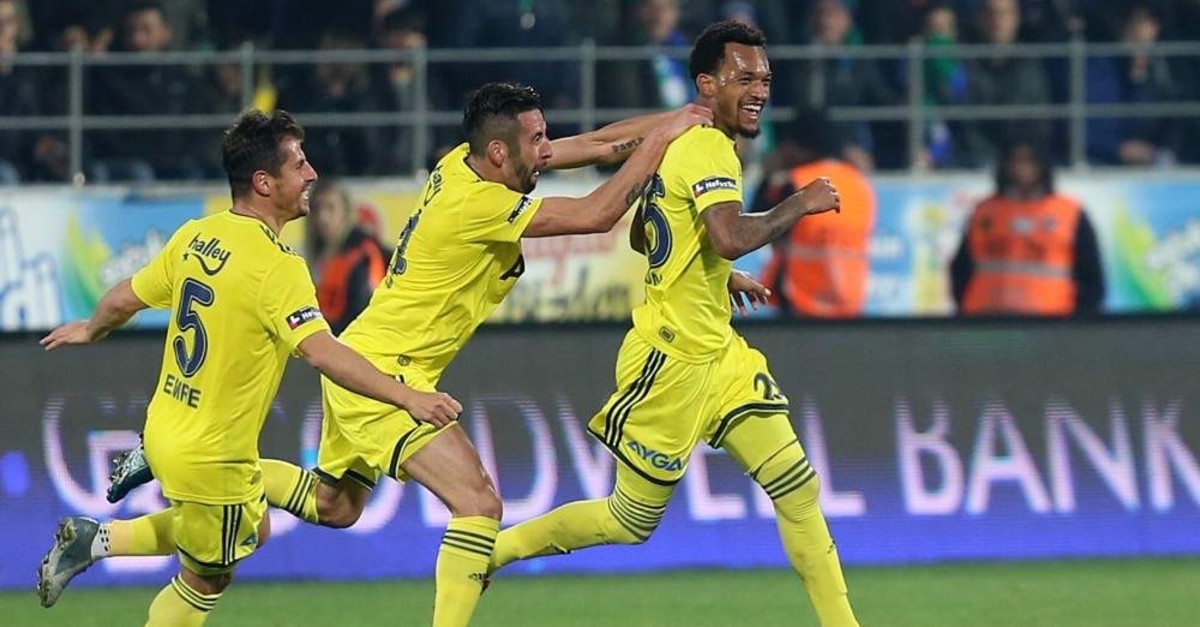 | AA Photo
by Arda Alan Işık Dec 30, 2019 2:19 pm
The Yellow Canaries finished the first half of the league at the fourth spot, six points behind league leaders Sivasspor. Although they are currently the best among the Istanbul giants, four points above Galatasaray and a point above Beşiktaş, their form is not satisfactory, like Galatasaray and Beşiktaş.
One can argue that Fenerbahçe’s squad is not enough to climb to the first spot, but then how can we explain Sivasspor and Trabzonspor, having lesser squads, are above Fenerbahçe in the standings? The last game of the season's first half against Çaykur Rizespor, a team struggling to stay away from the relegation zone, was a good example of what was actually wrong with Fenerbahçe. Ersun Yanal’s team won the game but even the manager himself had to admit after the game that they played badly but saw results. This is a sign that the game Fenerbahçe is playing is not talented enough to create opportunities consistently.
Let’s take a closer look at how Fenerbahçe attacks in a regular game in which they are the favorites. In the typical 4-2-3-1 formation, Vedat Muric starts as the striker, Max Kruse on number ten, Garry Rodrigues and Ozan Tufan on the wings. Although the wingers change from time to time, Ozan Tufan moving back to a defensive midfielder or Garry Rodrigues being absent, manager Yanal insisted on this formation since the beginning of the season. As my readers would know, I do not regard formations as crucial as repeatable set-pieces in football, but in Fenerbahçe’s case, I have to focus on formation because that is all they have.
The only plan Yanal has is somehow creating time and space for his wingers to counter-attack so that they can cross the ball to Vedat Muric in the penalty box. However, how this can be achieved is not clear, and relies heavily on the wingers’ dribbling and Max Kruse’s assisting capabilities. Yanal expects Emre Belözoğlu or Luis Gustavo to bring the ball to Kruse, and Kruse to the wings as fast as possible. The problem is, rather than actually planning on how this can be done consistently, Yanal expects his players to get it done somehow. That is why sometimes Fenerbahçe shines, against Beşiktaş last week, and sometimes they are completely lost, against Sivasspor two weeks ago.
What Yanal needs to do if he wants to be champions is to closely watch what Sivasspor is playing. Although Sivasspor is not playing anything sophisticated, they are playing something repeatable. The transition from the second to the final third of the pitch is very carefully planned by manager Rıza Çalımbay, and that was enough to finish the first half as league leaders. Ersun Yanal needs to come up with a group of set-pieces, which will allow his players to bring the ball from point a to point b without losing time. Right now Fenerbahçe’s attacks lose speed because of improvisation, players need to find a solution and execute it at the same time. If they become experts on a specific plan, they would not need to lose time trying to find solutions on the pitch. Thus, creating a specific attacking plan would be the best transfer Fenerbahçe could do.
RELATED TOPICS