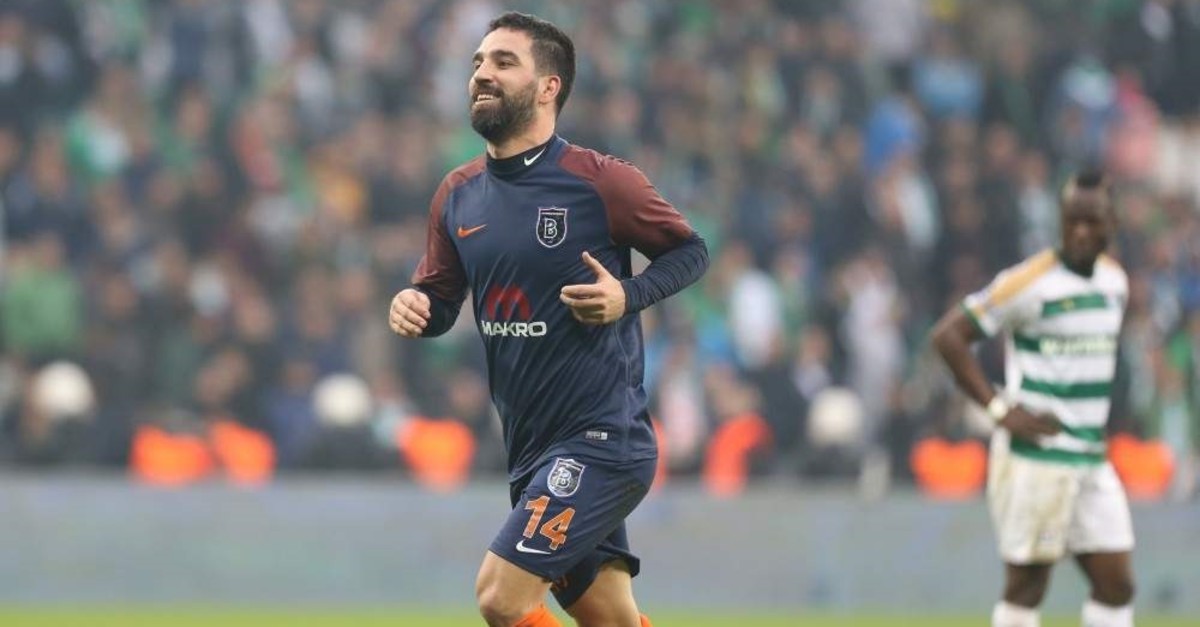 "Our footballer Arda Turan met with Basakşehir Chairman Göksel Gümüşdağ and requested to leave the club to open a new page in his career. Gümüşdağ positively responded to his request and therefore, Turan's contract was annulled with a mutual agreement," Başakşehir said in a statement.

The midfielder signed with Başakşehir a two-and-a-half-year loan deal from Barcelona in January 2018.

Speaking to the press, Turan said he was grateful for having played in the club. "All the things I have experienced (at Başakşehir) will hold a special place in my memories. I sincerely thank everyone at Başakşehir for all the things they have done for me. I will continue to do what I love doing, playing football," he said.

Once described as the rising star of Turkish football, Turan made his professional debut at Galatasaray in 2005 and spent half of the season on loan in Manisaspor. He returned to Istanbul next season and spent five successful seasons with the Yellow-Reds before joining Atletico Madrid in August 2011 for 13 million euros ($14.53 million).

Turan lifted one La Liga, one Copa del Rey, one UEFA Europa League and one UEFA Super Cup trophy with the Madrid club before joining Barcelona for 34 million euros plus add-ons in July 2015. Barça won six trophies during Turan's stint but he only made 55 appearances and scored 15 goals.

Dubbed as Turkish football's number one troublemaker, the 32-year-old midfielder has a history of stirring up trouble. In 2019, an Istanbul court sentenced Turan to two years, eight months and 15 days in jail over his high-profile fight with pop singer Berkay Şahin in 2018 but deferred the announcement of the verdict.

Turan was also slapped with a $9,200 fine and 16-match ban in 2018 after attacking an assistant referee during a Turkish Super League match against Sivasspor on May 8.

In 2017, Turan was forced to take a break from his career after being sacked from the Turkish national football team squad by then-manager Fatih Terim upon verbally and physically assaulting a Turkish sports journalist on a plane that was carrying the national team from Macedonia's Skopje to Italy's Trieste.
RELATED TOPICS