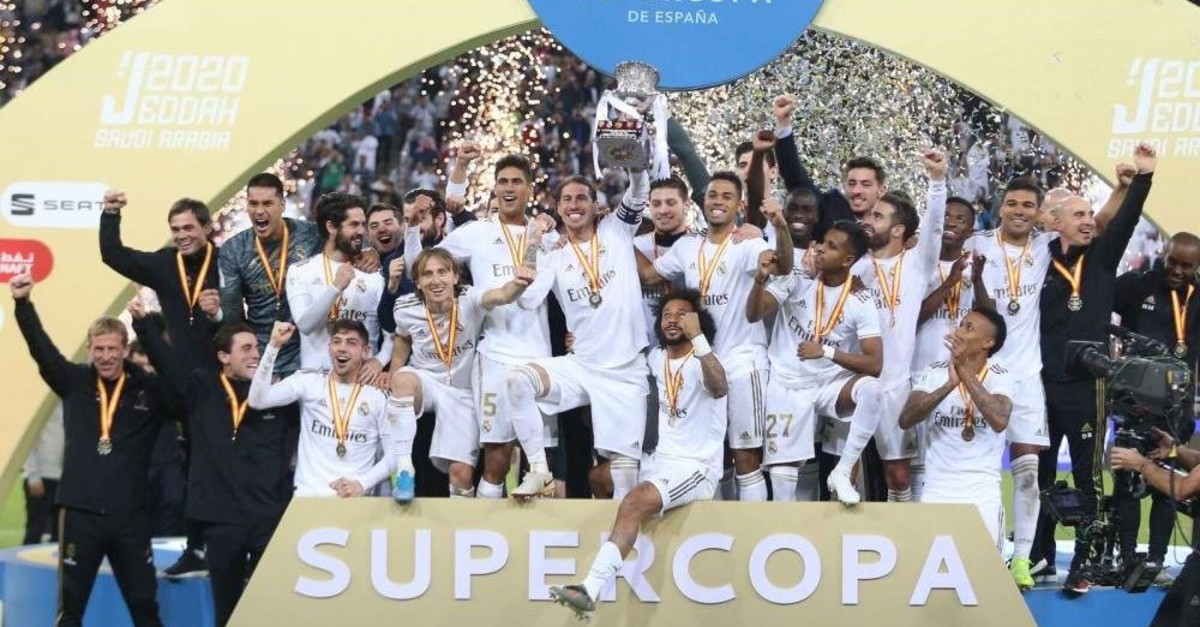 A tight match was settled on spot-kicks in the revamped tournament in Jeddah, Saudi Arabia at the King Abdullah Sports City Stadium. Zinedine Zidane's side finished the game with 10 men after Fede Valverde was dismissed in extra time for tripping Alvaro Morata, who had run through on goal. After Saul hit the post in the shoot-out, Thibaut Courtois saved Thomas Partey's penalty and Sergio Ramos slotted home the winner.

Madrid finished third in La Liga but qualified for the competition because La Liga winners Barcelona finished as runners up in last season's Copa del Rey.

"We are worthy winners," said Real Madrid president Florentino Perez. "We thought (Courtois) was the best goalkeeper in the world and he has been. He's been one of the best (players) along with Valverde."

Joao Felix spurned a good chance in the first half after Madrid captain Ramos gave the ball away, one of only a few clear opportunities in the game. Real Madrid goalkeeper Thibaut Courtois made a number of good saves to deny Morata and Angel Correa, while Jan Oblak was also busy at the other end.

Morata might have won it for Atletico but for Valverde's cynical foul. "It was the most important moment of the game," said Atletico coach Diego Simeone. "I told him that anyone would've down the same thing in his place. I think giving Valverde man of the match makes complete sense because he won the game with that foul."

With the teams neck and neck after 120 minutes it came down to penalties and after Dani Carvajal netted for Madrid, Saul hit the post to hand Los Blancos the advantage.

That was extended when Courtois saved from Partey before Ramos netted the decisive kick while Rodrygo and Luka Modric also converted their efforts.

"I'm very happy because it was another clean sheet and I made good saves," said Courtois after helping Madrid to their 11th Super Cup win. "We had a good feeling coming into this tournament and now we return with an even better feeling."
RELATED TOPICS