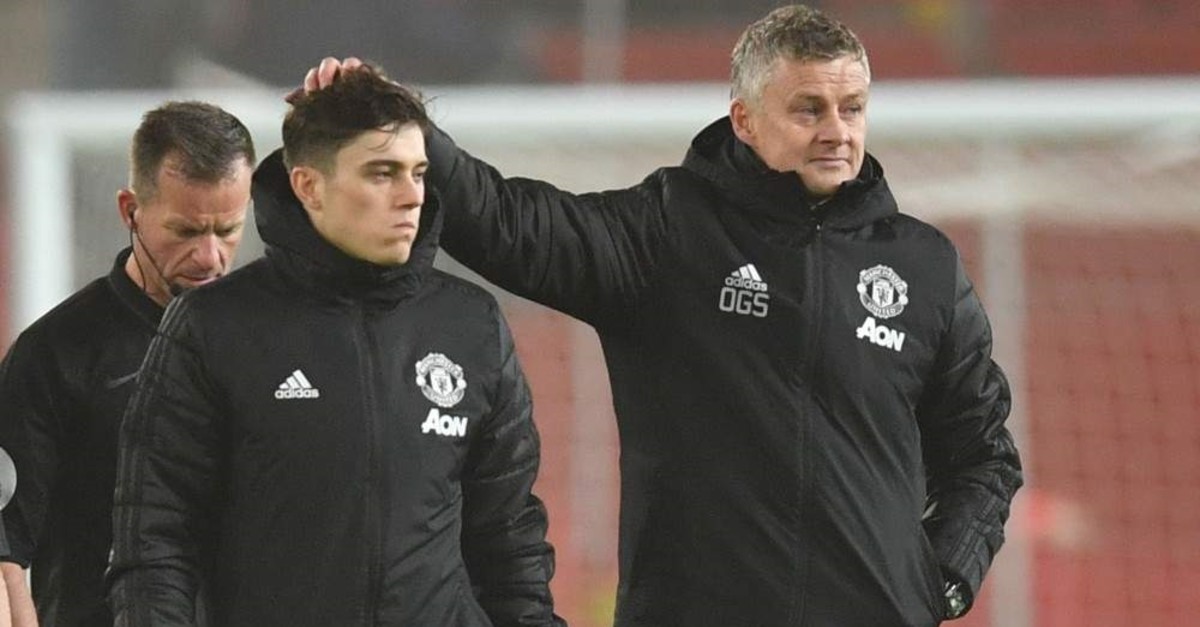 Manchester United manager Ole Gunnar Solskjaer has urged his players to produce a "perfect performance" if they are to overcome Manchester City and progress to the League Cup final.

United trails 3-1 from the first leg of the semifinal at Old Trafford as they prepare to face their local rivals in the return leg at the Etihad Stadium on Wednesday.

Solskjaer conceded they face an uphill battle against the title holders but said his players can draw inspiration from last March's stunning comeback win against Paris Saint-Germain in the Champions League.

"Now we've got to go into the memory bank and think PSG because we've done it against good teams before and it gives us some hope," Solskjaer told a news conference on Tuesday.

"The game in December (against City when United won 2-1) of course gives us hope that we can do something there," he said.

"It has to be a perfect performance to win with two goals against such a good team away from home, so for us it's not about away goals, we just need to score two more than them," Solskjaer added.

United has struggled for form this season, having dropped to fifth place in the Premier League – six points behind Chelsea which occupies the fourth and final Champions League qualification spot.

The club has yet to sign a player in the January transfer window, despite being heavily linked with a move for Sporting Lisbon midfielder Bruno Fernandes in recent weeks.

"I haven't got any updates for you on transfers," Solskjaer said when asked about a potential deal for Fernandes.

"I think it was a waste (of a question) – I gave you the option (not to ask it)! I haven't got anything to say now. My mind is just on the game," Solskjaer retorted.

"We've got players here we're working hard to get back as well and if there is something out there, then the club are pursuing that and looking at it," he said.

Solskjaer confirmed Alexis Sanchez will return to the club at the end of the season and has backed the Chilean forward to regain his best form.

Sanchez was loaned out to Inter Milan in the close season but lingering injuries and fitness problems have restricted him to just seven appearances across all competitions.

"Alexis will come back in the summer and prove you all wrong," Solskjaer added.