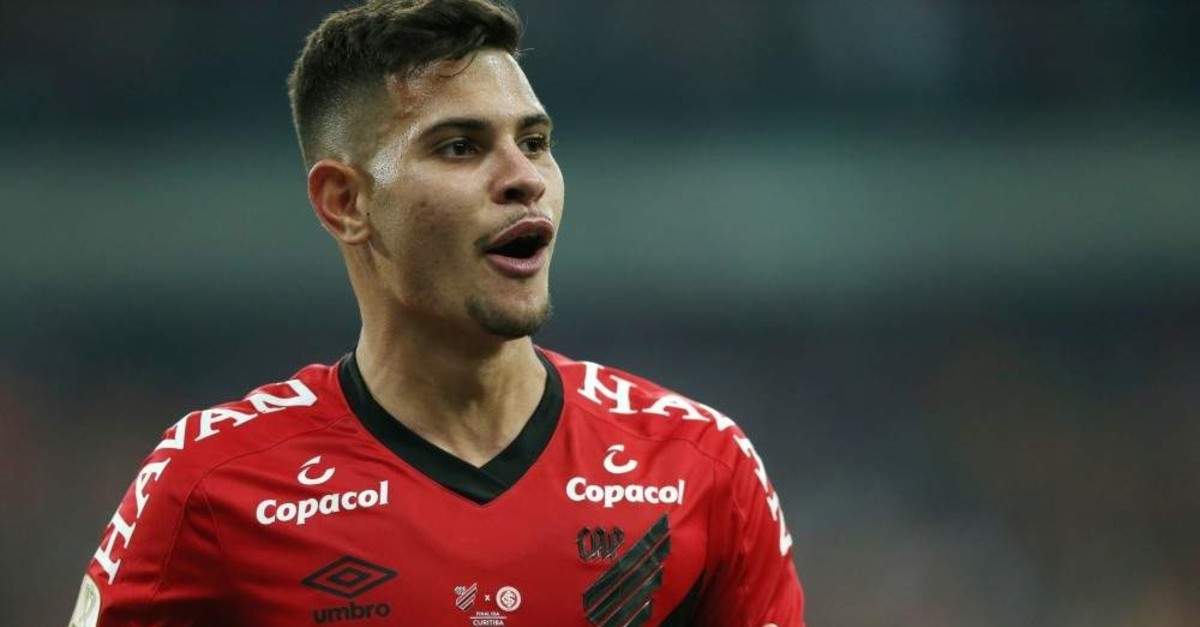 Olympique Lyon has confirmed the signing of Brazilian midfielder Bruno Guimaraes from Athletico Paranaense on a four and a half year contract for a transfer fee of 20 million euros, the French Ligue 1 side said Thursday.

Guimaraes, targeted by several European clubs including Atletico Madrid, will arrive in Lyon Feb. 10 or Feb. 11 after he fulfills commitments with the Brazil under-23 team in a qualifying event for the Olympic Games in Tokyo.

Lyon said in a statement that they would receive 20% from any future sale of the Brazilian Olympic team captain.

The versatile 22-year-old scored 10 goals in 105 matches for Athletico Paranaense and helped them win the Copa Sudamericana in 2018 and Copa do Brasil in 2019.

He will become the 20th Brazilian player to represent Lyon, following in the footsteps of Giovane Elber, Juninho and Fred, among others.

Rudi Garcia's Lyon is fifth in Ligue 1 with 32 points from 21 games. They will take on OGC Nice in the last 16 of the French Cup later Thursday before visiting the same team in the league three days later.