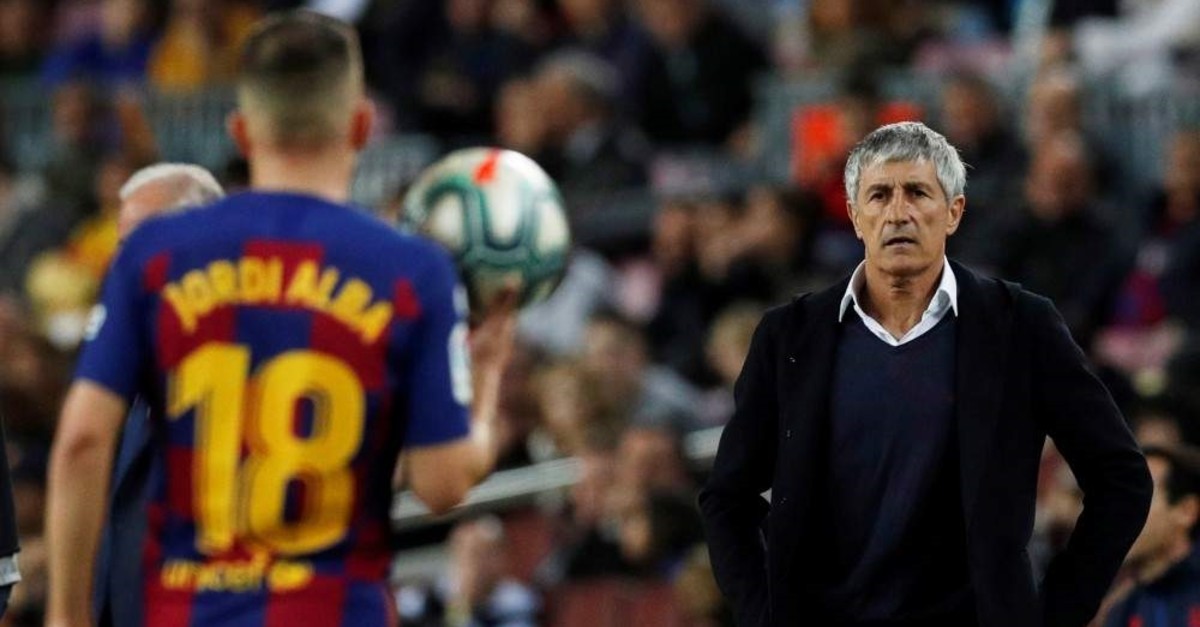 If Barcelona is to right the wrongs of last season, it will not only have to reach the final of the Champions League — it might have to win the Spanish Cup too. The club's campaign last year folded when it crashed out of Europe against Liverpool and then lost the Copa del Rey final to Valencia. On Thursday, the team goes to San Mames in the Copa del Rey to face Athletic Bilbao in a bid to reach the semifinals. "The next game is always the most important," said Quique Setien after watching his side beat Levante in the league on Sunday night. "At this club you have to win always. We are facing a big cup game and against a rival that always presses you when they are in front of their own supporters."

Barcelona knows from experience how difficult it can be to have to face Athletic at home. On the first day of the season, Barca were beaten 1-0 by an injury-time Aritz Aduriz goal. Coach Setien is unlikely to make too many changes from the team that beat Levante with Ansu Fati on form after scoring twice from two Lionel Messi assists in the first half. Athletic coach Gaizka Garitano admitted Sunday night after his team lost 2-0 at home to Getafe, "I always put more emphasis on the league than the cup." But Aduriz might not feel the same way. The veteran striker is back fit and in his final season in La Liga the Copa del Rey represents a last chance for him to pick up a medal.

Real Madrid plays the other Basque giant Real Sociedad. And, like their neighbor Athletic, they also come into the game off the back of a disappointing league performance. They were heading for a draw with relegation-threatened Leganes but conceded deep into injury time, leaving coach Imanol Aguacil upset. "It hurts to lose in the last minute," he said. "We are distraught and annoyed. This is set up to be a nice week (playing Real Madrid) and we wanted to start it in the right way." The Real Sociedad coach was accused of resting players with one eye on the game against Real Madrid but Imanol said: "Today we were not thinking about Real Madrid. I picked a team to win this game." His opposite number Zinedine Zidane goes into the game on a run of 21 matches unbeaten after Real Madrid's win on the weekend over Atletico Madrid. Such as been Real Madrid's form and run of results in La Liga that some of the club's supporters are beginning to dream of the team winning all three major honors this season. "We are not in line for the treble," said Zidane. "It's a long season and there is still a long way to go. So far we have only won the Super Cup." Real Madrid's home game against Real Sociedad also takes place Thursday.

In the other two one-leg quarterfinals, Granada is home to the holder Valencia on Tuesday. And Mirandes — who is currently mid-table in the second division in Spain – is home to Villarreal.
RELATED TOPICS