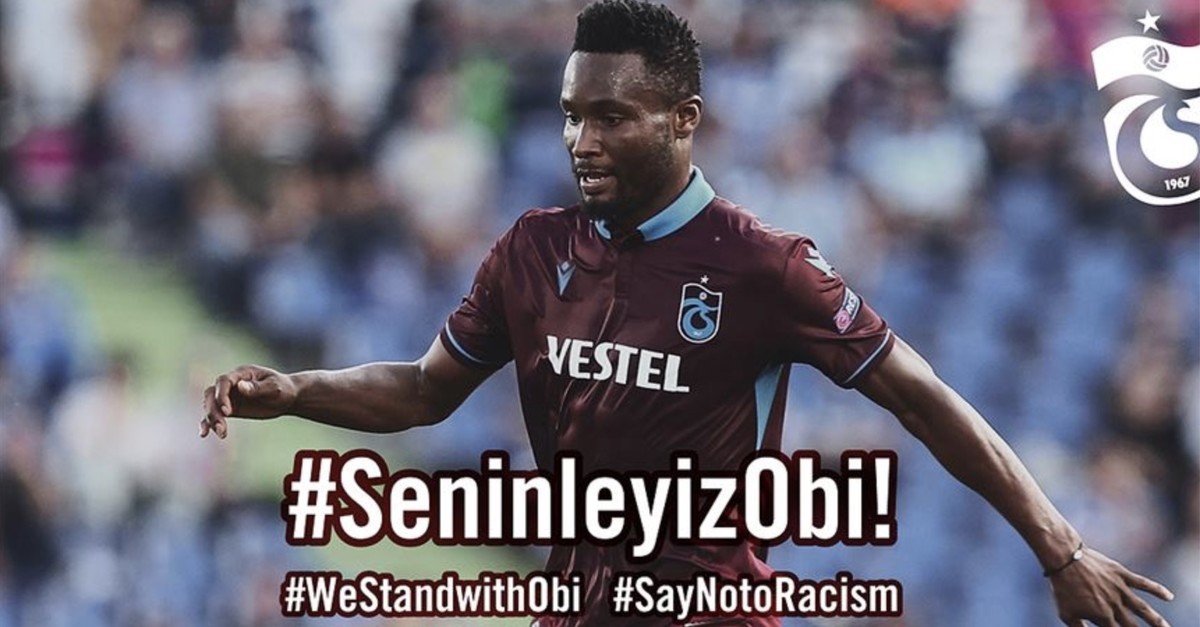 The club released a statement later in the day condemning racist attacks against the midfielder.

"Racism is a safe haven for the ignorant and the weak. We hereby condemn the racist abuse lodged against our player Obi Mikel after the Fenerbahçe match and would like to inform the public that we have filed criminal complaints against the perpetrators," the club said.

After the match, in which Fenerbahçe was dealt a huge blow, Obi became a target of racist abuse, his Instagram profile receiving scores of racist messages including use of the N-word and banana emojis.