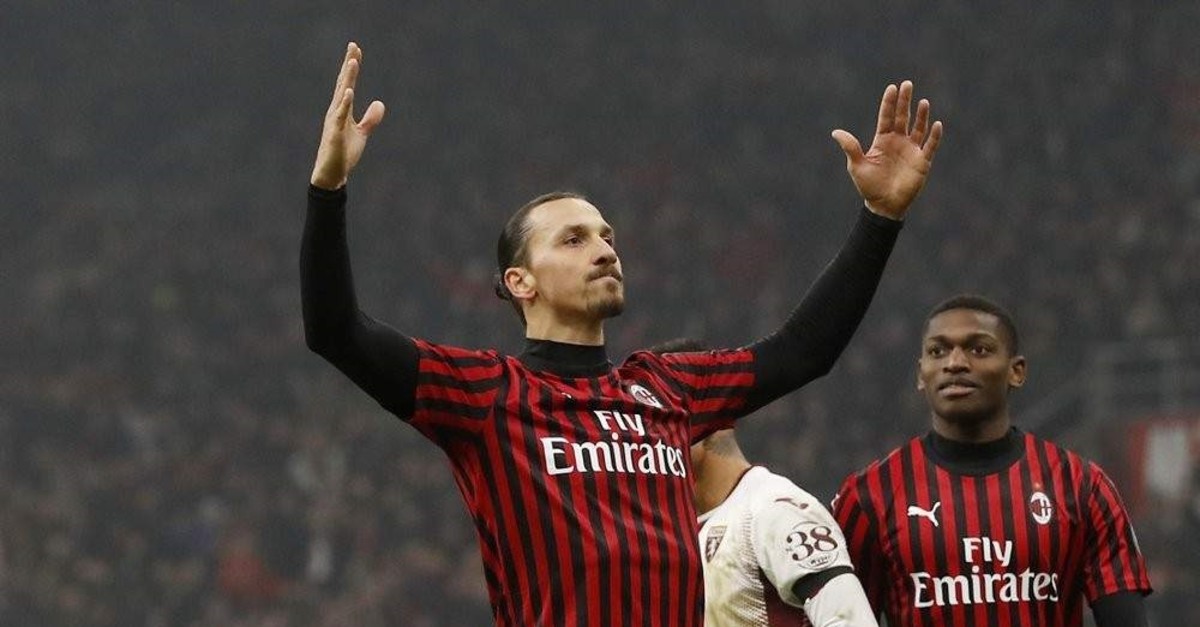 Veteran Zlatan Ibrahimovic leads AC Milan in a city derby against his former team Inter, who expect a boost from newcomer Christian Eriksen

Inter Milan's new arrival Christian Eriksen is gearing up for his first derby match on Sunday against AC Milan led by Zlatan Ibrahimovic.

The Danish attacking midfielder moved from Tottenham to the Nerazzurri late in the January transfer window, while the Swedish veteran announced his second term at the Rossoneri a month earlier, after two seasons at Los Angeles Galaxy.

"We are different players. He (Ibrahimovic) is used to this kind of game. I am making my debut," Eriksen said of the maverick striker, who also played at Inter and Juventus.

The derby will be Eriksen's third game with Inter, after the hour played in last weekend's 2-0 win at Udinese and a shorter appearance in an earlier 2-1 defeat of Fiorentina in the Italian Cup.

"I was looking for the biggest possible club outside the Premier League. And I found it," he told La Gazzetta dello Sport this week.

Eriksson insisted that Inter are out to thwart Juventus' chase of a ninth successive title.

"It is a matter of a few points. We are there. Juve have won for a long time and we want to change things and I'm here for this. We'll see in the end, but there is also Lazio," Eriksson said.

Juve leads the way with 54 points, three points ahead of Inter. Lazio is another point behind after drawing 0-0 with Hellas Verona in mid-week.

Ibrahimovic, meanwhile, is due back from a bout of the flu, and posted on Instagram a video clip of himself roaring, with the comment: "Lions don't sound like humans."

The Rossoneri struggled in the first half of the season, closing 2019 with a 5-0 meltdown at Atalanta, but are unbeaten since the arrival of the Swede and sit level with Cagliari and Parma on 32 points in the race for Europa League spots.

Inter have striker Lautaro Martinez suspended but hope for the recovery of goalkeeping captain Samir Handanovic from a finger fracture.

Juve on Wednesday celebrated the 35th birthday of star Cristiano Ronaldo, who has been on target in the past nine games, tallying 14 of his 19 league goals as he chases Lazio's Ciro Immobile, on 25.

Ronaldo's sparkling form will be needed Saturday at the tough newcomers Verona, who are unbeaten in the last seven games.

"We had an excellent performance under all aspects," coach Ivan Juric said after the mid-week draw in Rome. "We knew it would take a great Verona to stop this Lazio."

"We can try to gain something also against Juventus. It will be our third game in six days, and we are not used to playing so often. But the boys have loads of adrenaline, and I feel that we will play a great game," he said.

Troubled Brescia also switched helmsman this week and will play under Diego Lopez against Udinese. Parma vs. Lazio, Genoa vs. Cagliari, Napoli vs. Lecce and SPAL vs. Sassuolo complete the Sunday program.
RELATED TOPICS