A frozen game between Sivasspor and Başakşehir 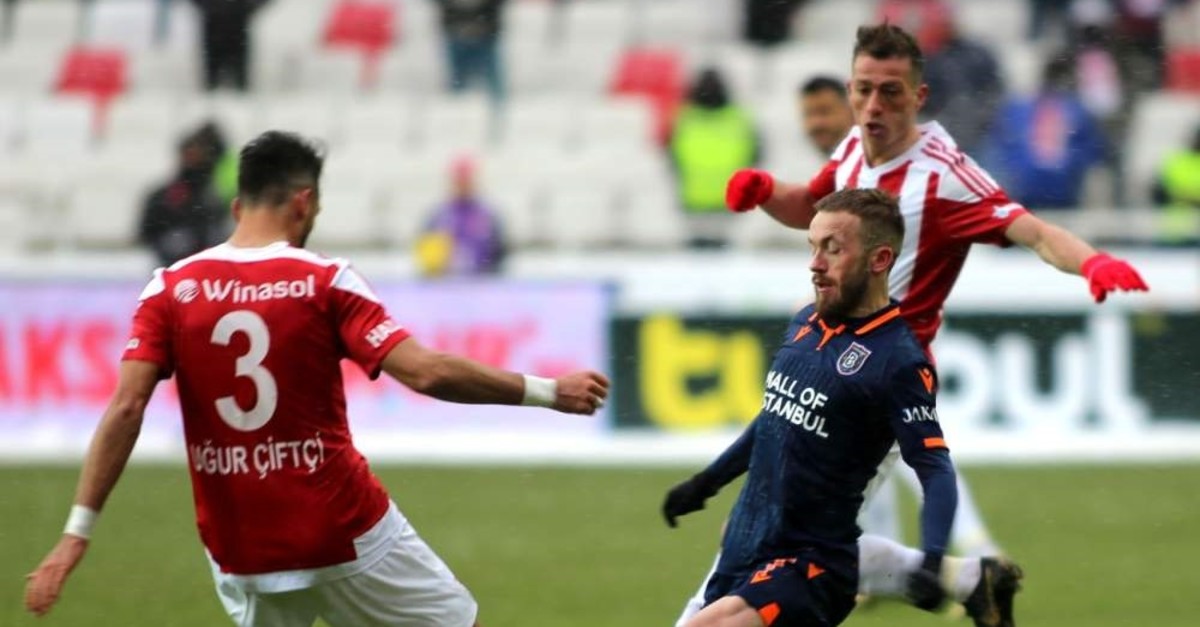 The reason why sports betting never pays off in the long run is that there are hundreds of variables that determine the flow of a game. Sometimes, it takes only one of them to fall through, and the betting companies win. What is even worse is that these variables are mostly dynamic and intertwined, so their nature transforms continuously.

In last week's most important Turkish Süper Lig game between Demir Grup Sivasspor and Medipol Başakşehir, the weather was the unpredictable variable. Even though it is obvious that no one expected sunny, warm weather in the mountainous city of Sivas in February, no one was able to predict how it would affect the game either. Surprisingly, in the end, both teams tried to play their usual game but in heavy snow, the results were much different.

The most interesting effect of the weather was the failure of Sivasspor's characteristic press in the midfield. Normally, Başakşehir does not play a high number of long balls from defense to offense, but this time due to the harsh conditions they had to. Slippery ground and poor visibility forced Başakşehir to bypass their midfield duo, Mahmut Tekdemir and İrfan Can Kahveci, who normally organize Başakşehir attacks from the back. This situation certainly made Başakşehir attacks less reliable and more chaotic, but this also allowed them to escape from Sivasspor's organized press. Thus, the game was divided into two options: either Başakşehir managed to bring the ball to its forwards or Sivasspor intercepted the long balls and launched counterattacks.

Mostly, it was the second option that happened, but Sivasspor was unable to capitalize on them. The reason why their counterattacks were not as effective as they used to be is the place where they intercepted the ball. Usually, Sivasspor intercepts the ball when their opponent is building their game in the midfield and this allows them to reach the opponent's goal with enough speed and manpower. This time, Sivasspor intercepted most of their balls in defense, which meant they had to run a long distance with fewer men upfront. This was a severe blow to Sivasspor's attacks as they were unable to create opportunities until they switched to high press in the second half.

In the second half, things changed dramatically when Sivasspor started to press higher on the pitch. This time Başakşehir defenders had less time to deliver good long balls and combined with bad weather, most of the balls landed on Sivasspor players. Because Sivasspor was pressing high, their defenders were closer to the midfield, and this meant they had less distance to run and had more men closer to the opponent's goal. Since Başakşehir's usual plan is not long balls, they lost many balls at the beginning of the second half, but Sivasspor missed many of those opportunities.

However, the downside of high press is fatigue that sets in later in the game and Başakşehir, after repelling the first wave of Sivasspor attacks, started to find more time and space. Nevertheless, this was only enough to balance the game again, as Başakşehir manager Okan Buruk insisted on two midfielders, instead of three, and made his team bound to long balls.

Eventually, both teams scored an unsystematic goal that came from a combination of luck and individual talent, giving them a point each. Even though the weather made things unpredictable for both teams, it was a good chance for both sides to test their adaptation skills. Nevertheless, except for Sivasspor's occasional high-press, both teams seemed vulnerable when their usual system was challenged by a different variable.