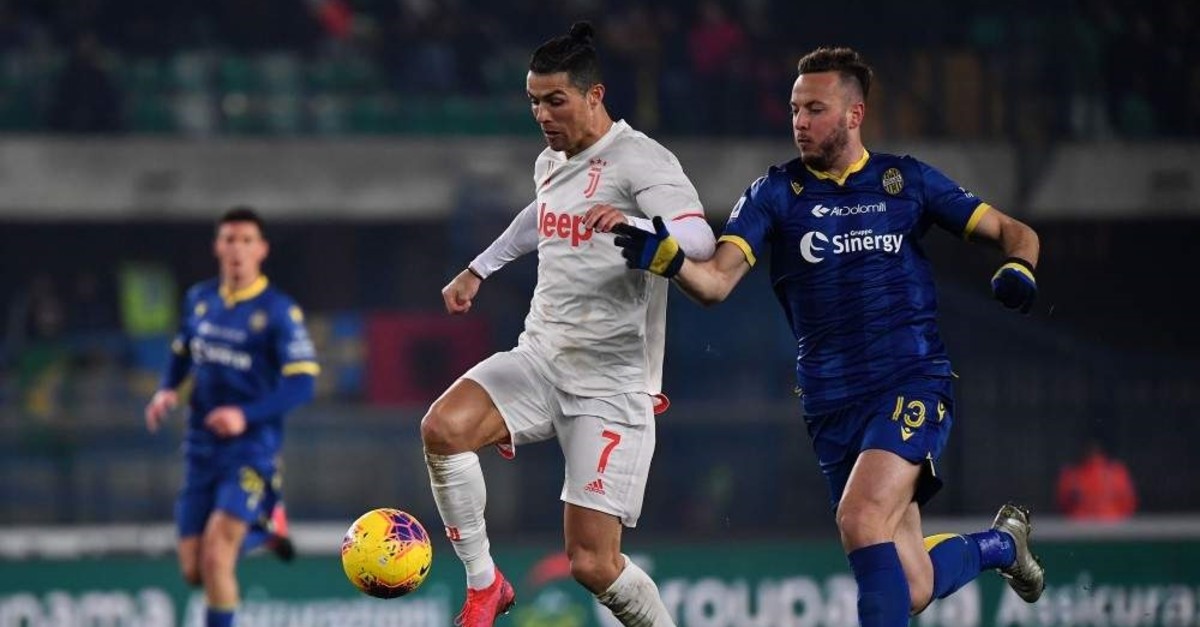 The Italian Cup stages the first legs of its semifinals in midweek, with sparkling Inter Milan hosting a faltering Napoli as AC Milan and Juventus clash after also having a bad league weekend

The Serie A weekend had Inter as the only winners among the four remaining contestants for the Italian Cup, where a two-leg semifinal stage adds to a busy season.

Inter roared to a 4-2 win in Sunday's Milanese derby after falling two goals behind and went top in the Serie A thanks to a better goal difference as Juve lost 2-1 at Verona a day earlier.

Inter defender Stefan de Vrij, who headed in a spectacular third goal, said concentration will be crucial against Napoli and in the remainder of the season as the next league opponents Lazio sit one point adrift. "It's tight in the table so we have to continue like this and win our games," the Dutch center back said. "We'll start focusing on Napoli now because it won't be an easy game on Wednesday."

The Neapolitans lost 3-2 to visiting underdogs Lecce and remained mired at midtable, four points off the Europa League zone as a handful of other teams chase the two available spots. Like Milan, which has two more points, the Naples side sees a cup triumph as an alternate way to enter the tournament. "Right now we're lacking consistency in terms of our pressure and maintaining the level of our play," Napoli boss Gennaro Gattuso said. "We'd got some enthusiasm back and now this defeat has put the brakes on again."

Milan, meanwhile, were shocked after a derby debacle suffered despite a fizzy first half. "I think we lacked experience. When you are up by two goals [at half-time] you need to control the game," said the Rossoneri star Zlatan Ibrahimovic, who set up Ante Rebic's opener and headed Milan's second.

"We have to bounce back immediately, taking the positive out of the first-half performance, analyzing what we did wrong in the second half and avoiding the same mistakes on Thursday [away to Juve]." Juve also lost after taking the lead, suffering a second straight away defeat in Verona after a 2-1 at Napoli in late January. "We must understand that winning is not a foregone conclusion," Juve coach Maurizio Sarri said. "It's difficult to do so and there must be no dips in focus."

The Bianconeri saw Cristiano Ronaldo set a club record, being on target for a 10th straight league game, but marred their day with a late defense blunder followed by a spot-kick.

The return matches are played on March 3 and 4, with the final set for May 13 in Rome.