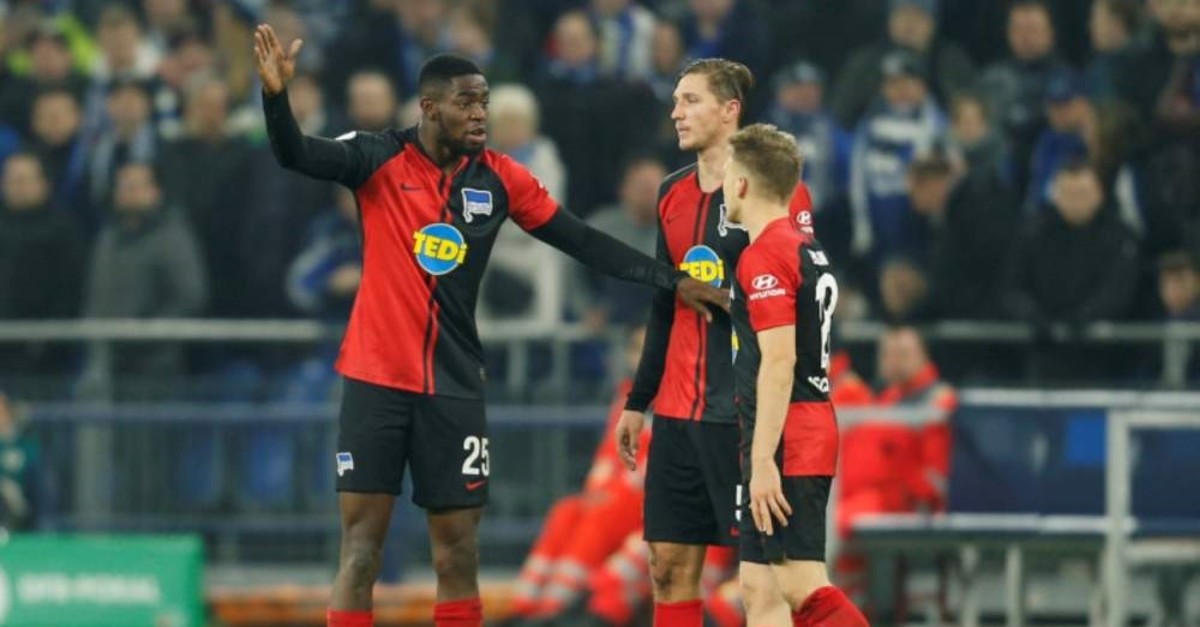 Bayern Munich center-back Jerome Boateng said that Germany has "taken a step back" after being left "shocked" by the racist abuse of Hertha Berlin defender Jordan Torunarigha during a game earlier this month.

The 22-year-old Torunarigha was sent off during extra time of his club's German Cup defeat by Schalke on Feb. 4 after allegedly hearing monkey chants and other racist abuse in Gelsenkirchen.

"It shocked me and it hurts. To see a young person in Germany crying on the pitch because he has suffered racist abuse, it's very sad," German 2014 World Cup-winner Boateng told AFP subsidiary SID.

The German football federation and local police have opened investigations into the incident.

"It happened from time to time to me in the Bundesliga too," added Boateng, whose father is Ghanaian and whose half-brother, Kevin-Prince, plays internationally for Ghana.

"In these cases, we need the help of the fans who are nearby, so they can identify the perpetrators. It's a very unpleasant feeling. We're thinking about the future, I have children in Germany. I thought we had passed this stage, and that was the case. But unfortunately, we have taken a step back, which is sad and hurtful for many people," he said.