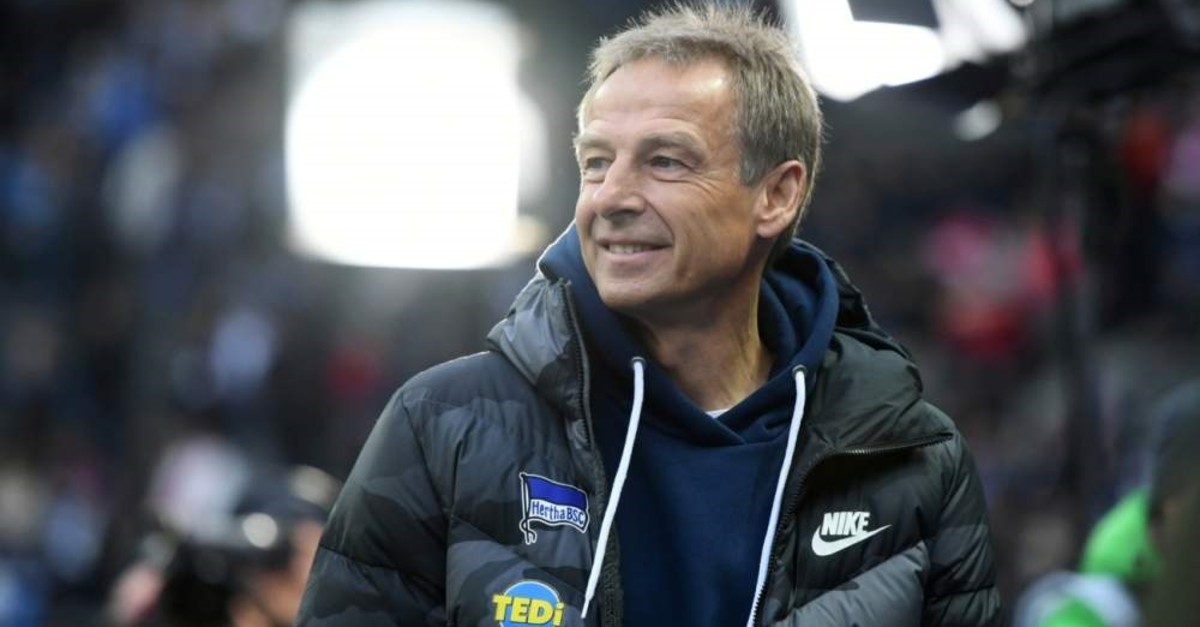 Hertha Berlin have little time to pick up the pieces of their failed collaboration with coach Juergen Klinsmann, who has left the club after only eight weeks in charge, if they are to win their fight to avoid relegation.

The Berliners sit 14th in the Bundesliga table, six points above the relegation playoff spot, despite having pumped more than 70 million euros into transfers over the winter period as requested by Klinsmann.

The former U.S. and Germany coach arrived in late November ready to lead a "big club project" and saying Berlin deserved a big team like other major European cities.

He pledged to turn Hertha from a relegation-threatened club to a contender for European spots within two seasons, with the backing of Hertha's major investor Lars Windhorst.

But on Tuesday his project crashed before it had even taken flight. Klinsmann claimed there was a lack of trust from the bosses and wanted more control taken away from sports director Michael Preetz and given to him.

His decision will no doubt hurt his own reputation in the Bundesliga, given that his only other league experience was a failed brief spell at Bayern Munich more than a decade ago. But it also leaves Hertha with a black eye and in complete turmoil.

Players said they were stunned and confused by the decision but they must now recover in time for their trip to bottom club Paderborn on Saturday as they battle to avoid the drop and earn back the trust of their fans.

Hertha will have some help with the arrival this week of Brazilian forward Matheus Cunha – one of Klinsmann's winter transfers worth a reported 18 million euros ($19.58 million) – who had been busy with Brazil under-23 team for their Olympic qualifiers.

At the other end of the table, Bundesliga leaders Bayern Munich will look to protect their one-point advantage with a win at strugglers Cologne.

The Bavarians, on 43 points, are eager to bounce back from last week's goalless draw against RB Leipzig, who are second and host relegation-threatened Werder Bremen.

Borussia Dortmund, third on 39, entertain Eintracht Frankfurt, who are unbeaten this year having won three of their four games since the winter break.

Dortmund, who suffered a 4-3 loss to Bayer Leverkusen last week, are also in action against Paris Saint-Germain in the Champions League Round of 16 next week.