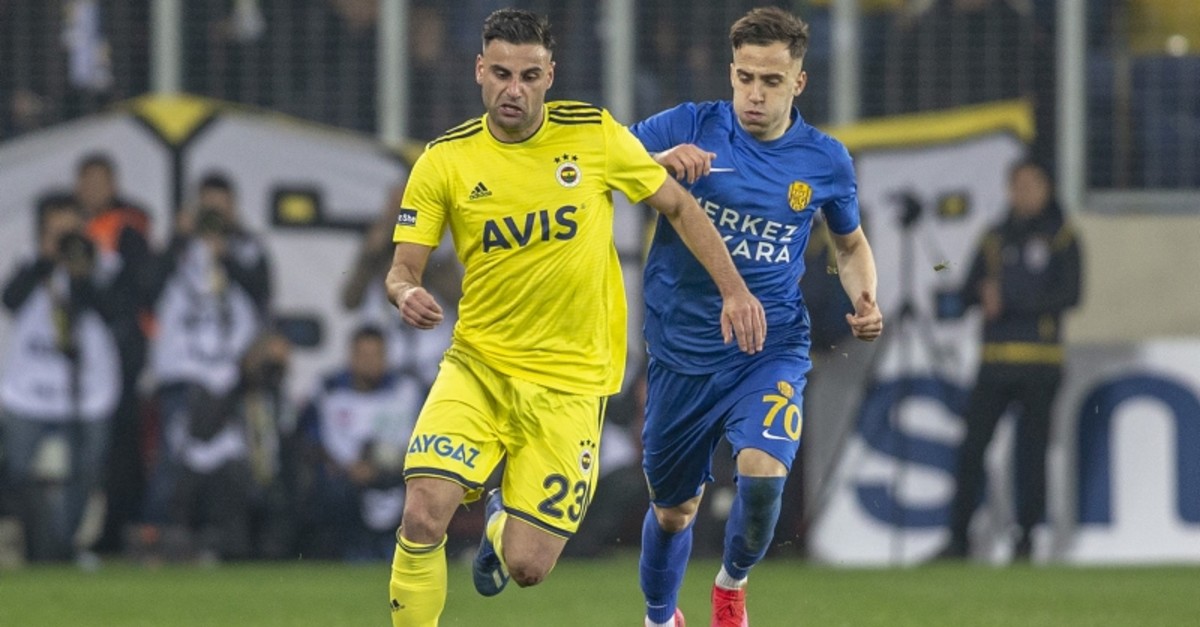 Fenerbahçe lost Saturday to MKE Ankaragücü in the Turkish Süper Lig, setting up next week's derby against archrival Galatasaray.

Ankaragücü scored the opener in minute 13 at home as Saba Lobjanidze from Georgia tapped the ball into the empty net.

Fenerbahçe goalkeeper Altay Bayındır left his goal to clear the ball, but Polish winger Konrad Michalak chipped it over Bayındır. Michalak passed the ball to Lobjanidze, who was in the penalty area and Lobjanidze easily found the net.

Ankaragücü doubled the gap in the 75th minute as forward Gerson Rodrigues smashed the ball into the roof of Fenerbahçe's goal to make it 2-0.

Turkish defender Serdar Aziz scored a consolation goal for Fenerbahçe near the end of the match.

Aziz, left unmarked in the penalty area, shot the ball without trapping it. German midfielder Max Kruse crossed the ball.

Fenerbahçe lost the 2-1 match in Ankara and were dismayed over the absence of Brazilian regular Luiz Gustavo for the Galatasaray derby.

Midfielder Gustavo will be suspended next week because of a booking he received in the 85th minute.

Ankaragücü were very happy for the victory, and head coach Mustafa Reşit Akçay said it was an important win for the team.

"It was a hard game for us. We were in need of a sap. This (victory) gave us good things: teaching, self-confidence," Akçay said.

Ankaragücü have 20 points and are in the 15th spot in the Süper Lig but are still feeling the heat of relegation.

Fenerbahçe are currently in sixth place with 38 points, trailing first-place Medipol Başakşehir, who have 43 points in 22 matches.