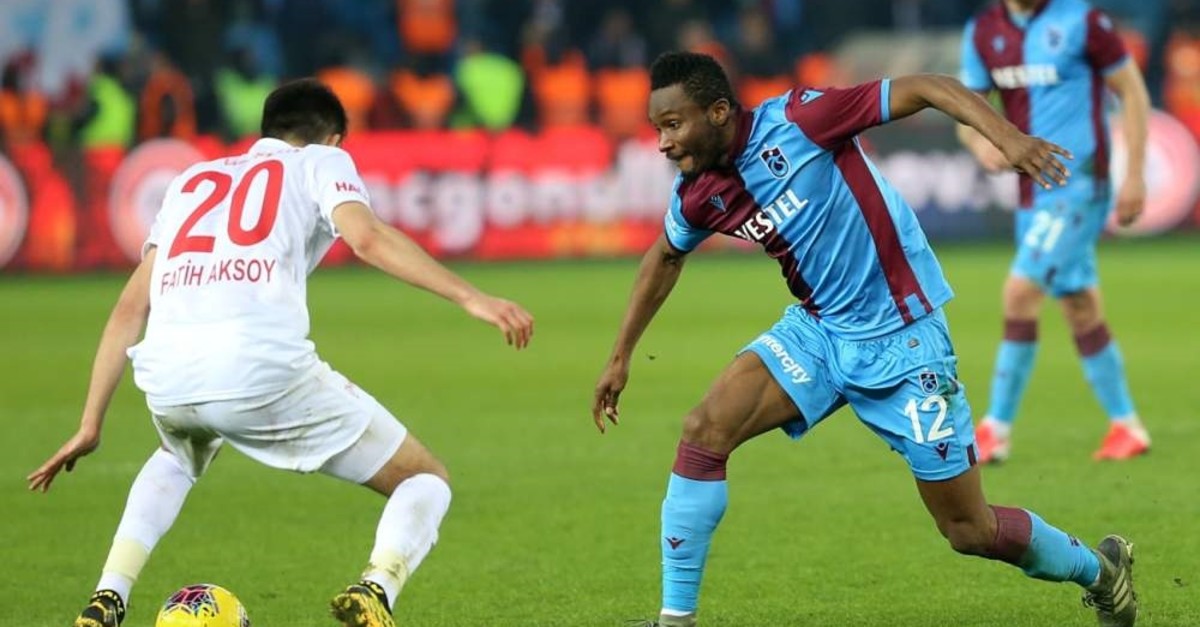 The Turkish Süper Lig is getting more interesting and bizarre every week. The once-invincible Sivasspor picked up only one point in its last three games and dropped to the fourth spot. Last week, it was beaten by Trabzonspor, which is now on a six-game winning streak and more importantly at the top of the league table.

Başakşehir and Galatasaray also quietly climbed to the second and third places, respectively. Fenerbahçe and Beşiktaş, on the other hand, are slowly dropping out of the title race, both losing their last games. Even though the quality of the games is still low, this competition is vital for the Turkish Süper Lig's overall value. As we approach the final stages of the season, the games among these teams will determine the fate of the league.

One interesting detail that makes the games among these teams more important than the others is the scheduling system of the Turkish Süper Lig. As sportswriter Uğur Meleke for the Turkish daily, Milliyet, pointed out in his column that the Süper Lig schedule is not completely random but follows a certain order. The teams basically follow each other's fixtures, for instance, Sivasspor follows Gençlerbirliği and Beşiktaş follows Sivasspor and the list goes on. The order is the same for all teams, but the timing is different. Therefore, teams tend to have similar patterns in the season due to easy or hard fixture periods. For example, the five-game period involving Denizlispor, Konyaspor, Kayserispor, Kasımpaşa and Yeni Malatyaspor has been the period that saw multiple wins in a row for most of the strong teams. Sivasspor and Beşiktaş picked up 15 points during this period in the first half of the season and Galatasaray also had 15 in the second half. Başakşehir and Trabzonspor also scored more than 10 points against these opponents.

This means that the teams at the top have similar patterns, especially against the teams at the bottom. Therefore it becomes harder to predict who is really performing well and who merely has a better fixture. The only way to determine that is to analyze the games among the teams racing for the title.

Sivasspor, for instance, got only a point in two games against Başakşehir and Trabzonspor, and even though it is only two points away from the top, its title chances are lower than Trabzonspor and Başakşehir right now.

Besides, Galatasaray, even though it won the last five games in the "golden period" that I talked about, is still not mentioned in the title race as much as Trabzonspor and Başakşehir, because it is expected to prove itself against Fenerbahçe first.

Given that none of the teams have a clear superiority over the others, the games between them will be completely unpredictable. Hence the championship race will most likely stay unpredictable until the last week of the season. Whoever gets more points in the big games would have a higher chance of winning the league. However, we have games like Galatasaray vs. Trabzonspor and Sivasspor vs. Fenerbahçe in the final weeks of the season, so the title race is set to remain wide open for weeks to come.