Leipzig's Nagelsmann out to show Mourinho's experience counts for little 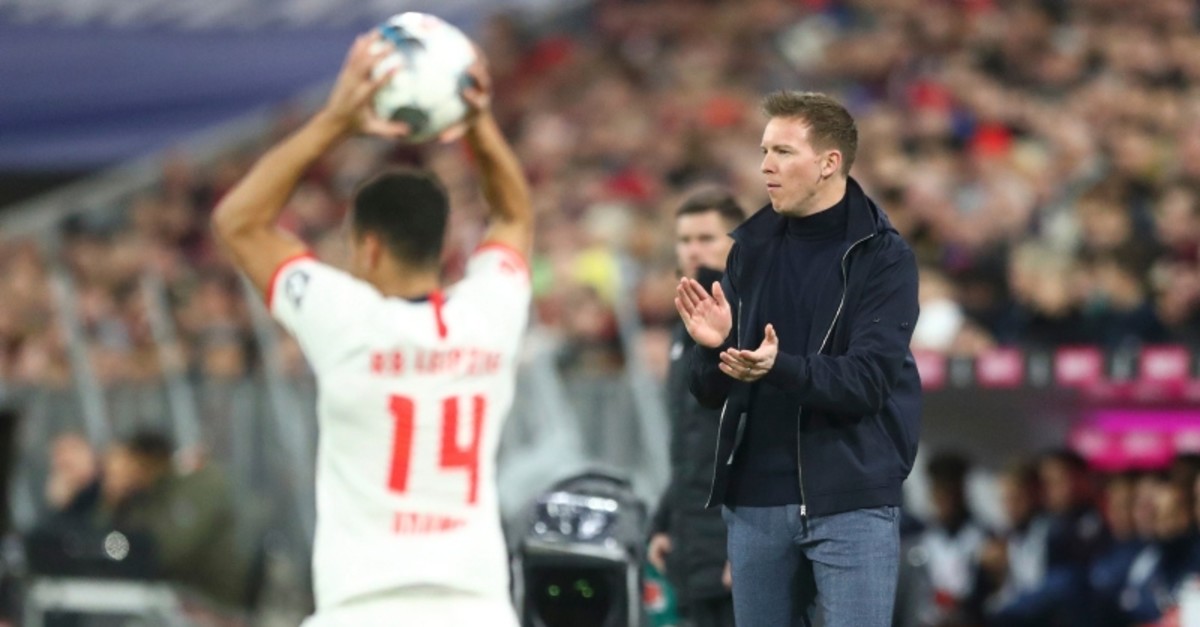 Enjoying their second Champions League campaign, ambitious 32-year-old coach Julian Nagelsmann steers Leipzig to the last 16 for the first time in his debut season in charge

A Champions League last 16 tie with Leipzig offers Tottenham a window into what might have been when Julian Nagelsmann brings the buccaneering Germans to London on Wednesday looking to inflict another early exit from the competition on Jose Mourinho.

Nagelsmann, 32, is 25 years younger than Mourinho and has a CV 25 trophies lighter than the Portuguese; yet, many believe Spurs missed a trick in failing to pursue him as Mauricio Pochettino's successor.

Had the clash against Liverpool in Madrid gone the other way, there is every chance the Argentine would have bowed out on top.

Instead, he lumbered on until November, when he was sacked, paving the way for Mourinho's return to the Premier League.

Despite his relative lack of experience, Nagelsmann would have been a more natural heir to Pochettino if Spurs chairman Daniel Levy wanted to rekindle the high-pressing, attacking and proactive football of the glory days of Pochettino's reign.

But Tottenham and plenty others were too slow off the mark when it came to getting their hands on one of Europe's top coaching talents.

After three-and-a-half seasons transforming Hoffenheim from battling for Bundesliga survival to qualifying for the Champions League, Leipzig knew Nagelsmann was the man they wanted to fulfill Red Bull's ambitious project to dethrone Bayern Munich as the kings of German football.

An agreement was in place well before Nagelsmann took charge at the start of this season.

"It's like when you go to a disco and you are single, you'll never find a girl," Nagelsmann told The Independent of the interest that followed him signing a contract with Leipzig.

"Then when you go to the disco with your girlfriend, quite a few want you!"

The bold approach of a young coach and energy of a youthful squad have taken Leipzig to within a point of Bayern at the top of the Bundesliga and into the knockout stages of the Champions League for the first time.

However, experience is on Tottenham's side. Not only do Spurs now have a two-time winner of the competition in the dugout, but a team that has progressed further in the Champions League every year for the past three seasons.

"Jose has experience in every sort of situation," added Nagelsmann. "He has managed so many knockout games and knows what to do if his team goes ahead, is behind, concedes early, needs a late goal. I've only had knockout games in the DFB-Pokal (German Cup)."

Not all Mourinho's experience in the Champions League is positive, though.

The last time he lifted the trophy was a decade ago, and he has not even progressed beyond the last 16 since 2014.

Defeats to Sevilla with Manchester United and Paris Saint-Germain in his second spell at Chelsea were characterized by an overly cautious approach that has been Mourinho's hallmark.

It is the reason Nagelsmann sees little similarities in their styles despite being labeled "baby Mourinho" during his time as a youth team coach at Hoffenheim for his attention to detail.

Mourinho has not been able to implement his usual degree of defensive discipline on Spurs in his opening four months.

Sunday's 3-2 win at Aston Villa was the ninth time they have conceded more than once in his 20 games in charge.

Yet, the visits of Liverpool and Manchester City in recent weeks have seen him revert to type when faced with the toughest opposition.

Whether Leipzig is offered the same level of respect will say much about the standing Mourinho holds the Champions League upstarts and their highly touted manager.