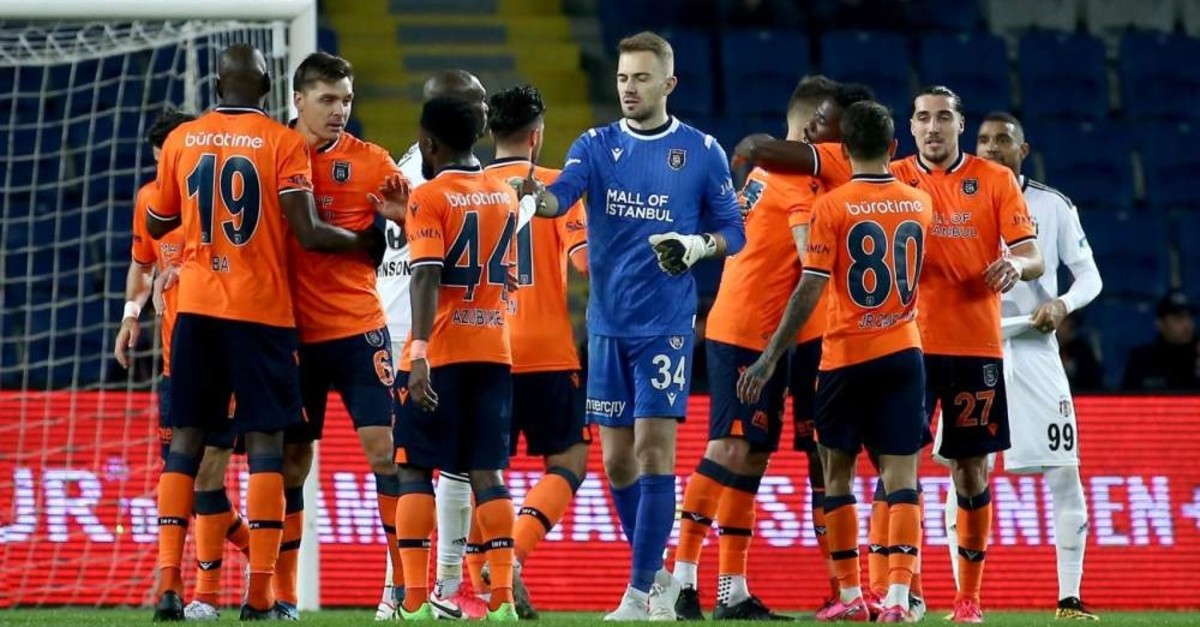 Debutant Istanbul Başakşehir hopes to bring home advantage after the first leg of Europa League round of 32 against Sporting CP, the competition's most experienced side

Turkey's only remaining representative in European competitions, Istanbul Başakşehir, will face tough competition in the Europa League round of 32 as it faces Portuguese heavyweight Sporting CP.

The Thursday match will be Başakşehir's first appearance in Europa League playoffs. It is also the Istanbul team's debut campaign in the second-tier UEFA competition, while its opponent made a record 33 appearances in the tournament and reached the final in 2005.

As a seeded team, Başakşehir plays the first leg away from home, while the return leg will be played Feb. 27 at Başakşehir Fatih Terim Stadium.

After the winter break in the Turkish Süper Lig, Başakşehir played five games, winning three, losing one and drawing another one. The team should be going to Portugal in a good mood, having won a crucial Istanbul derby against Beşiktaş last weekend.

Başakşehir is currently second in the league, trailing behind Trabzonspor, who has one game in hand, by one point.

The Istanbul club will certainly hope experienced forward Demba Ba can carry his recent domestic form in front of goal to Europa League. Ba scored three goals and set up a further one in the four league ties he played after the winter break.

Başakşehir removed Arda Turan from its squad for the knockout stages after terminating his loan agreement with Barcelona. Veteran Swiss midfielder Gökhan Inler replaced Turan in the squad list.

Meanwhile, Sporting, fourth in Portugal's Liga NOS, played seven matches after the break, including losses to all top-three teams and a draw with fifth-placed Rio Ave. During the January transfer window, the Lisbon team has also lost its best player after Bruno Fernandes left for Manchester United in a 55 million euro deal.

In December, Başakşehir miraculously secured its spot in the playoffs after winning a dramatic last group stage match against Borussia Mönchengladbach away from home. The come-from-behind victory with a 91st-minute winner knocked the Germans out of the competition, putting Başakşehir on top of their group. The Istanbul team won three games, tied one and lost two in the group stage.

Başakşehir's Europa League success this season is also crucial for Turkish football overall as the Süper Lig could fall behind Austrian Bundesliga in UEFA's country coefficients. Turkey fell out of Europe's top-10 ahead of the 2019/2020 season. Red Bull Salzburg, the last Austrian team playing in Europe, faces Eintracht Frankfurt on Thursday.