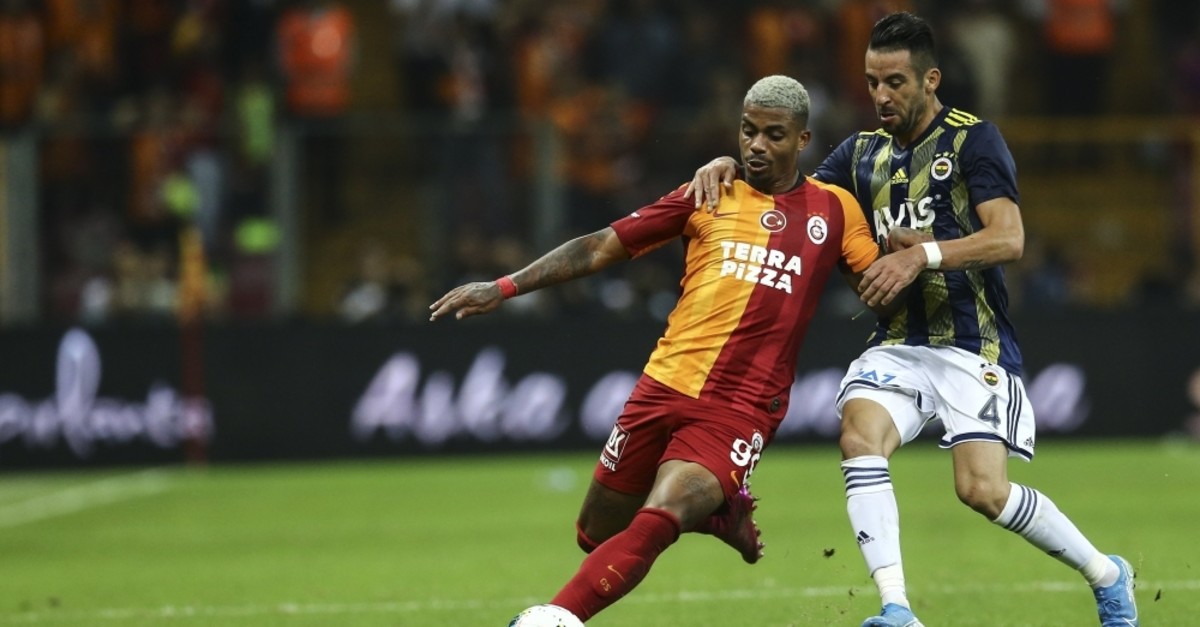 The previous meeting between Galatasaray and Fenerbahu00e7e on Sept. 28 resulted in a goalless draw. (AA Photo)
by Daily Sabah Feb 20, 2020 5:56 pm

A shuffle at the top of the Süper Lig table is in order as the league's top contenders face each other in Week 23. Fenerbahçe will host archrival Galatasaray in Turkish football's biggest derby on Sunday, while league leader Trabzonspor will visit Beşiktaş for a high-stakes match.

The game week will kick off Friday with fourth place Sivasspor hosting Alanyaspor, where a loss at home could send the former leader further down the rankings.

Sivasspor, who had been the league leader since Week 11 until last week, was replaced by Trabzsonspor after a fierce clash between the two last week.

The first derby of the matchday will take place on Saturday, with Beşiktaş welcoming Trabzonspor at Istanbul's Vodafone Arena.

Playing its fourth game under coach Sergen Yalçın, the Black Eagles will look to sustain the upward momentum they gained with the arrival of their new manager.

Current leader Trabzonspor, on the other hand, will seek to extend its winning streak to seven games. Sitting at the top with 44 points, a defeat in Istanbul could mean the Black Sea club's leadership could be short-lived as the top four teams are separated by only two points.

A loss, however, would not be too devastating for Trabzonspor as the club has a game in hand after its match against Malatyaspor was postponed to a later date, following the earthquake on Jan. 24.

While Saturday will be a thrilling day for football fans, nothing will come close to Sunday as defending champion Galatasaray visits Fenerbahçe at the Şükrü Saraçoğlu Stadium in Turkey's biggest football derby.

With coach Ersun Yanal's career at the club hanging in the balance, Fenerbahçe needs to prove it is still a contender for the league title with a victory. Falling from the second spot to the sixth spot in a few weeks, anything less than a solid win would fail to rejuvenate the team's spirits.

Riding high with an upturn in form, Galatasaray will still need to go the extra mile to defeat a low-morale Fenerbahçe at home.

A win for Galatasaray would mean the end of Fenerbahçe's title hopes but it would also be a historic moment for the Lions as Galatasaray has not won a league match at the Şükrü Saraçoğlu Stadium since 1999.

Sunday's other important match will be played in the Black Sea region, where Rizespor will welcome second-placed Başakşehir. With just a single point between the top two, the chaos could mean an opportunity for the Istanbul club.