Mourinho takes Spurs to Chelsea as top-four battle heats up 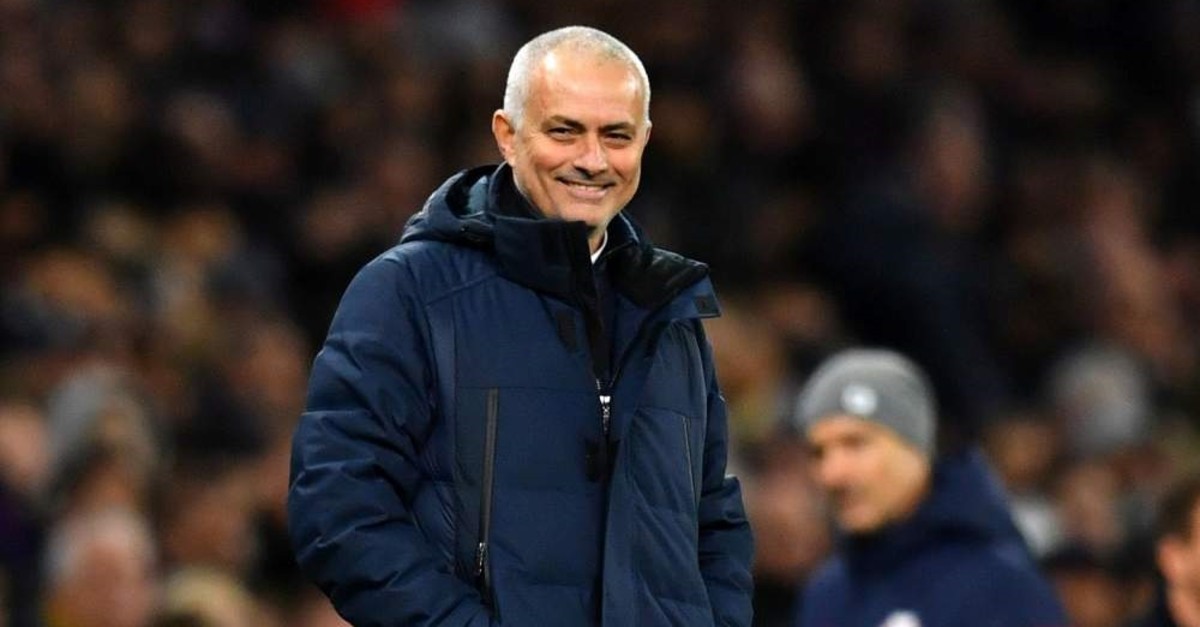 Since taking over at Tottenham in the wake of Mauricio Pochettino's sacking in November, Jose Mourinho has engineered a revival at the club even if his side's limitations were cruelly exposed in a defeat by RB Leipzig in the Champions League on Wednesday.

Yet it is Tottenham's Premier League position, not their Champions League campaign, that Mourinho will be judged on at the end of the season, and Saturday's game gives Spurs a chance to nudge above Chelsea into the top four.

That would be quite a feat. When he took over Tottenham was languishing in the bottom half of the table, 12 points behind Frank Lampard's side.

Tottenham has notched up a three-match winning streak in the Premier League, albeit unconvincingly, featuring a scratchy win over Norwich City followed by fortuitous victories against Manchester City and Aston Villa.

They have been helped too by the faltering form of Chelsea, whose 2-0 defeat by Manchester United on Monday means it has gained only six points from the last 18 on offer and whose home results are of particular concern.

It is not only Tottenham that has closed in. While Mourinho's side is one point behind in fifth, Sheffield United is two behind and Manchester United three.

Wolverhampton Wanderers and a resurgent Everton are also only six points behind fourth place.

Mourinho on Wednesday lamented the strain on his squad, a situation not helped by the long-term absence of Harry Kane and now Son Heung-min who broke his arm in last week's 3-2 win at Villa, a game in which he scored twice.

He also criticized the lunchtime kickoff for Saturday's derby, especially considering his side played Sunday afternoon and then again Wednesday in the Champions League.

"The Chelsea players were watching this game on TV, with nice sparkling water, with lemons and biscuits enjoying the game, and we play Saturday at 12 o'clock," Mourinho said when interviewed by BT Sports in the aftermath of the defeat by Leipzig.

Sympathy will be in short supply across London though, where Chelsea's fans might still be rubbing their eyes in disbelief at the sight of Mourinho, once idolized at Stamford Bridge where he won three Premier League titles, in charge of Tottenham.

If that idea still seems strange, the thought of him leading Tottenham to victory there will be particularly unpalatable.

Chelsea won 2-0 at Tottenham in December with Willian scoring twice and Spurs having Son red-carded.

Another feisty duel can be expected.

While all eyes will be on the London derby, Sheffield United has a chance to maintain the pressure on the two London clubs as it hosts Brighton and Hove Albion, while Manchester United, buoyed by its win at Chelsea, faces Watford on Sunday.

With Liverpool's title procession likely to continue when they host third from bottom West Ham United on Monday, the battle for second place goes head to head on Saturday.

Manchester City shrugged off its looming UEFA ban by comfortably beating West Ham on Wednesday, moving four points clear of Leicester City, but it will be given a much tougher test of its morale at the King Power Stadium.

Leicester has won only once in five games and suffered a League Cup semifinal defeat by Aston Villa, but Saturday's visit from the reigning champions should re-ignite their spark.