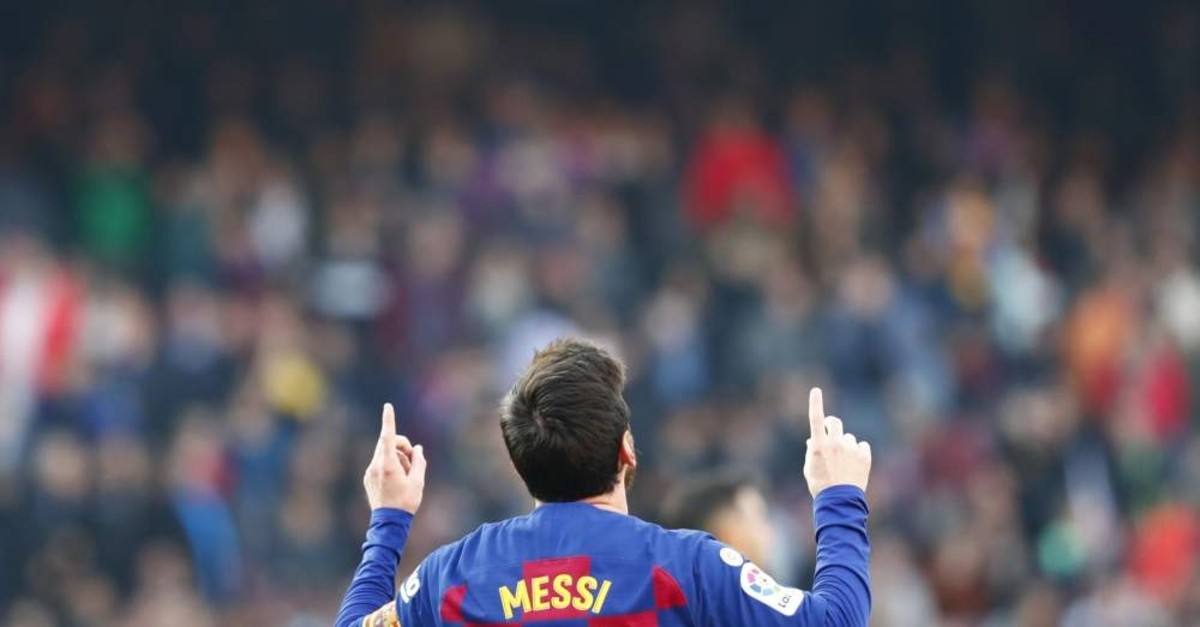 With a hat trick in the first 40 minutes and another goal near the end, Lionel Messi ended his worst scoreless run in six years in the Spanish league Saturday.

Messi led Barcelona to a 5-0 rout of Eibar and put them back at the top of the standings. The victory at Camp Nou put Barcelona two points ahead of Real Madrid, which can retake the lead when it visits Levante later Saturday.

The Spanish powerhouses play their clásico in Madrid next weekend.

Barcelona's fourth league win in a row also helped ease some of the pressure on club president Josep Bartomeu who, before the match, was jeered by part of the crowd. Fans, who also called for his resignation, have not been happy with Bartomeu's administration amid one of the club's worst institutional crises, which includes public conflicts between players and club directors.

Messi, one of the recent critics of club officials, ended his worst scoreless streak in the league since 2014 with a beautiful opening goal, sending the ball through the legs of defender Anaitz Arbilla and entering the area and finding the net in the 14th minute.

He beat Arbilla again with a run into the area before scoring the second in the 37th, and three minutes later he sealed the hat trick with an easy goal off the rebound of a shot by Antoine Griezmann.

The fourth goal came in the 87th after he cleared Arbilla and goalkeeper Marko Dmitrovic to shoot into an open net.

It was the fifth four-goal game for Messi in the league, and his sixth overall with Barcelona.

Messi had been decisive for Barcelona in recent games despite the scoreless streak, helping with a series of assists. He endured an eight-match scoreless streak back in 2014.

New signing Martin Braithwaite came off the bench to make his Barcelona debut after being signed from Leganés this week to help boost an attack missing the injured Luis Suárez and Ousmane Dembele. The Danish striker set up Messi's fourth goal and the fifth by Arthur in the 89th.

Eibar, winless in fourth straight league matches, had a goal disallowed for offside after a header by Sergi Enrich less than five minutes into in the first half, and another for a foul by Arbilla inside the area in the 63rd.

The Basque club stayed 16th in the standings, two points above the relegation zone.

Barcelona also had two goals called back for offside, both in the second half.