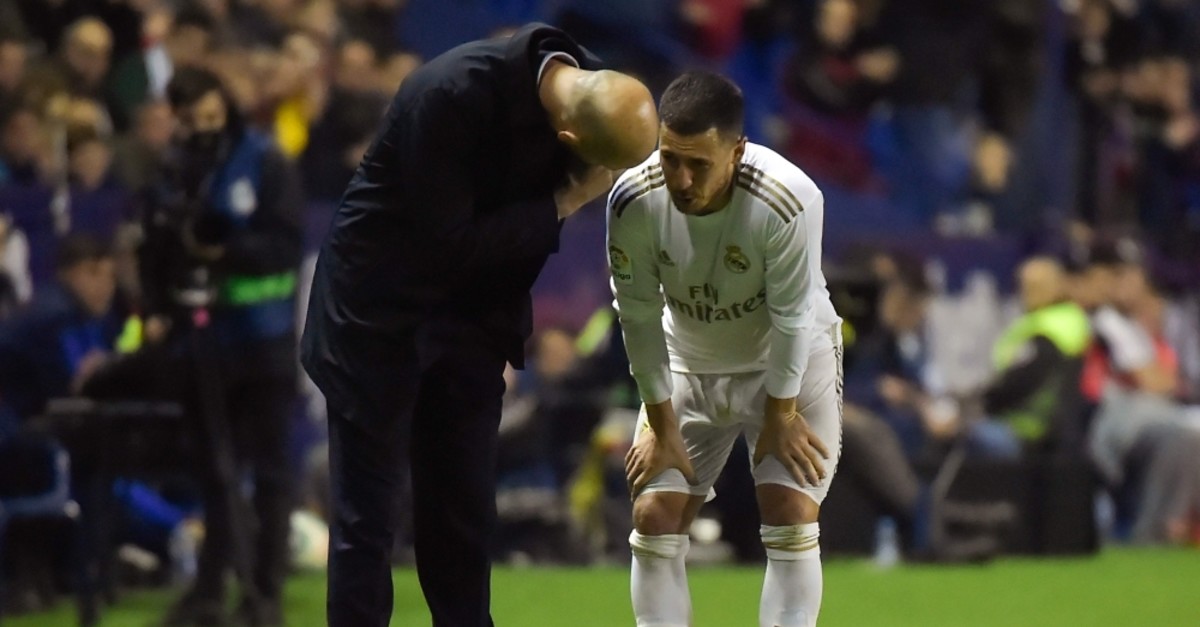 Real Madrid winger Eden Hazard is set for another spell on the sidelines after the club confirmed Sunday he had suffered a new hairline ankle fracture.

The Belgian winger, who missed almost three months with an ankle microfracture, returned to action last weekend but suffered a repeat of the injury Saturday amid the team's 1-0 defeat at Levante.

Hazard was taken off after sustaining an injury as Madrid fell two points behind leaders Barcelona in La Liga, whom they face next Sunday, after the Champions League last 16 team clashed with Manchester City on Wednesday.

"After tests taken today by Real Madrid's medical services our player Eden Hazard has been diagnosed with a fissure in the right fibula," Madrid said in a statement. Reports in Spain suggest Hazard could miss another two months in what is proving a disastrous debut season after joining from Chelsea for 100 million euros ($108.47 million) last summer.