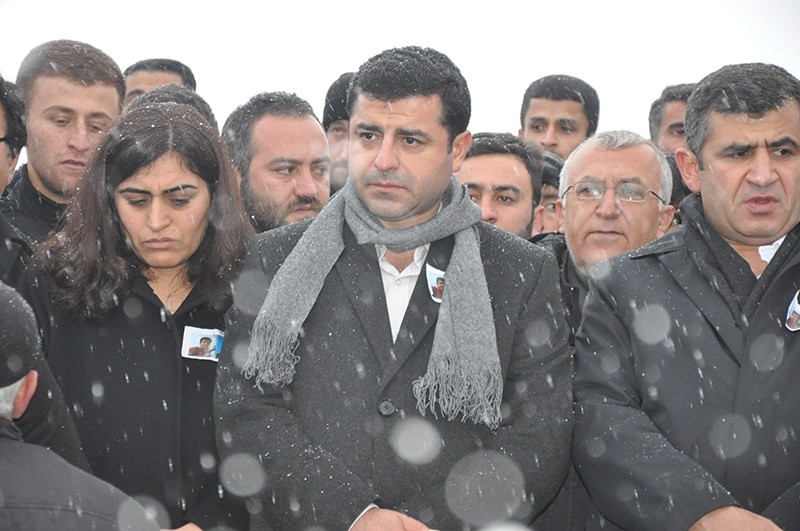 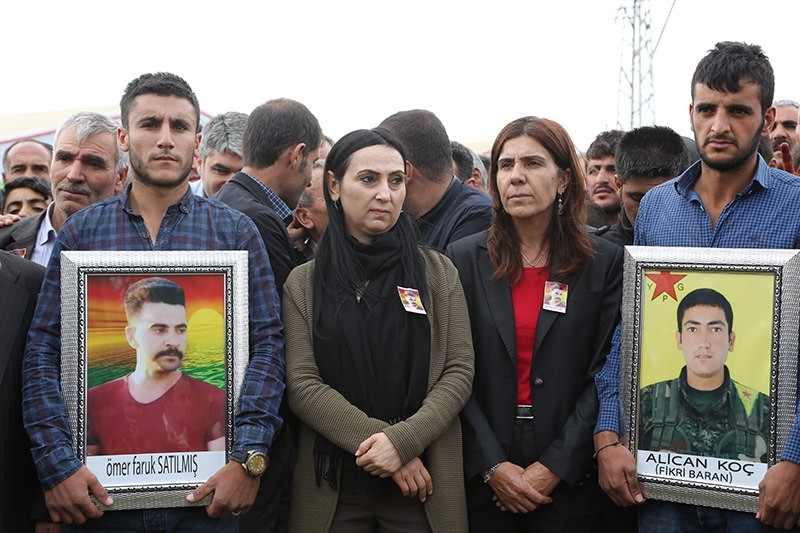 HDP co-chair Figen Yüksedağ (second from left), attending the funeral ceremony of two PKK terrorists, has said that, "We lean our backs on the YPJ, YPG and PYD and we do not see any harm in mentioning and defending it." (AA Photo) 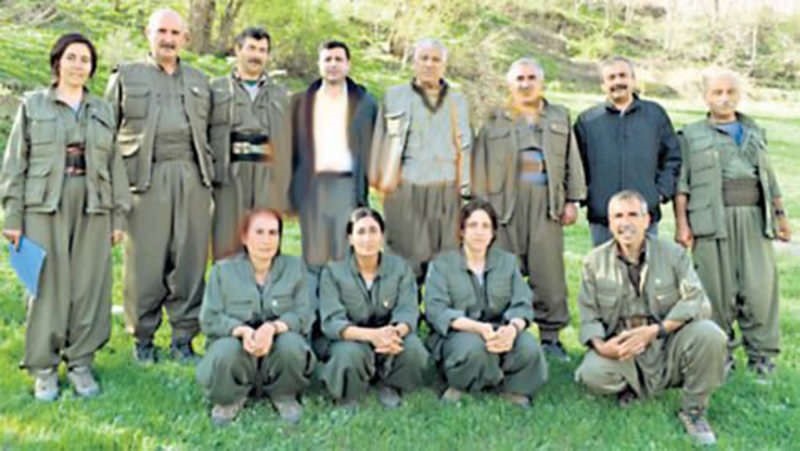 Selahattin Demirtaş, who posed with senior PKK leadership in 2013 on the Qandil Mountain, had called people to take violent action in southeastern Turkey, which is called now the Oct. 6-7 Kobani protests that claimed 50 lives. 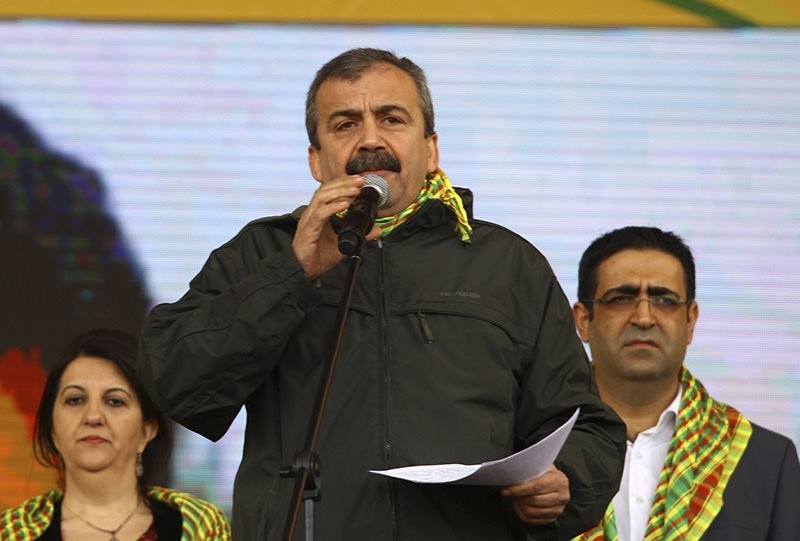 HDP Ankara deputy Sırrı Süreyya Önder, declaring the letter of the terrorist leader Abdullah Öcalan in a HDP meeting, has threatened Turkey with war on the grounds of concerns with the health of Öcalan, saying that, "Imposing isolation on Öcalan and making his people, as well as his organization, worry about his security and health means an invitation to war." (AA Photo) 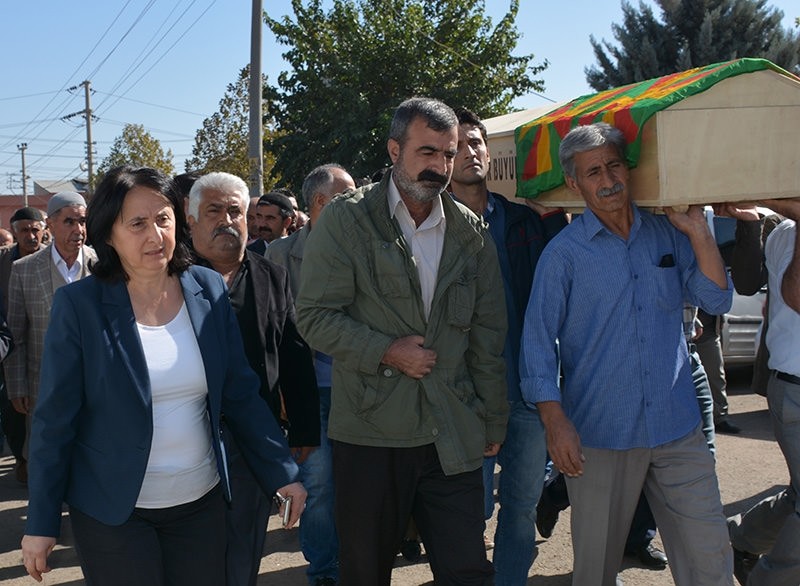 HDP Diyarbakır deputy Nursel Aydoğan, attending the funeral ceremony of a PKK terrorist, has threated Turkish state with youths in the region, saying that they are completely controlled by the PKK and that they cannot control them. (AA Photo) 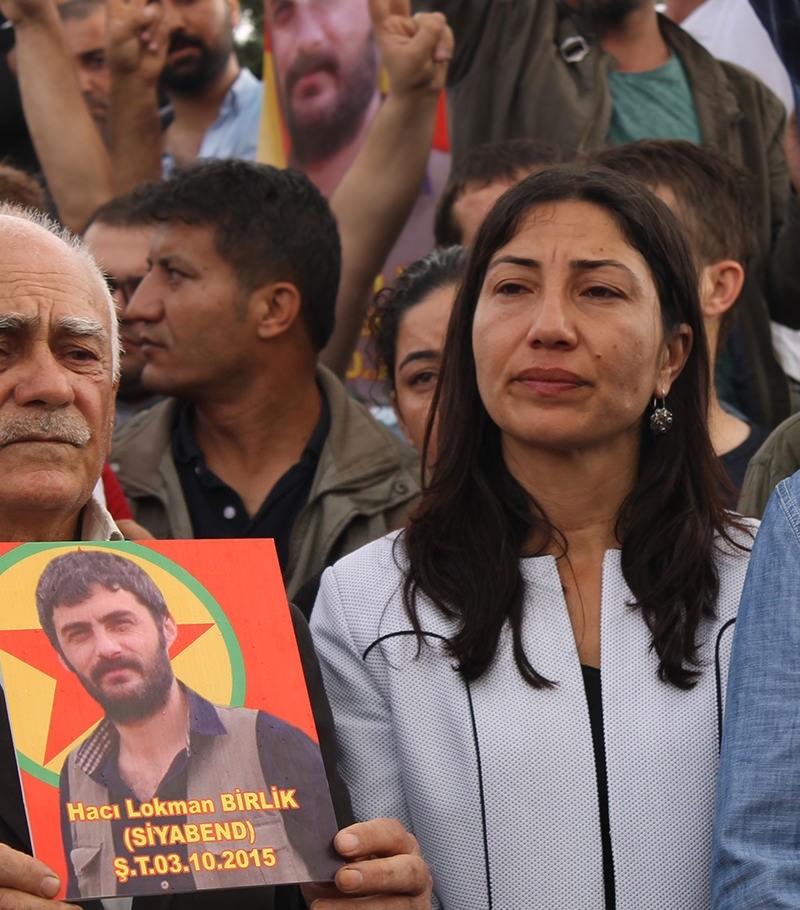 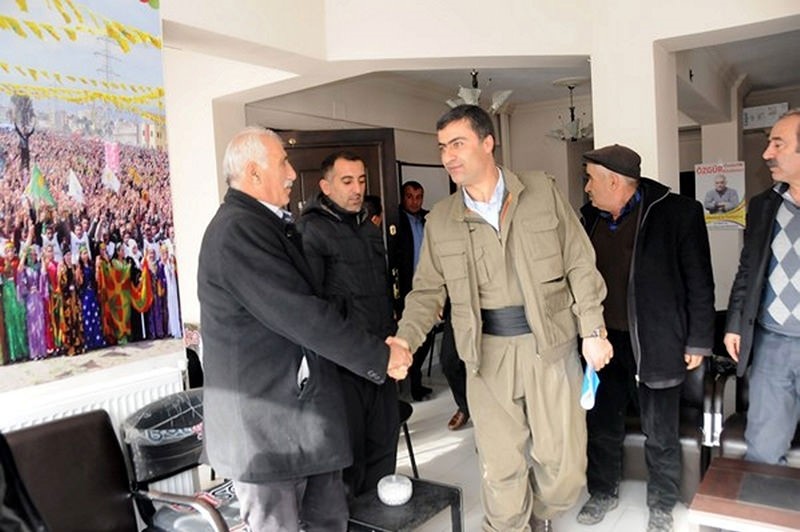 HDP Hakkari deputy Abdullah Zeydan, wearing the uniform of PKK terrorists, has praised the PKK and threatened the Turkish state, saying that, "The PKK has the power to drown Turkey in its spit, and has added that "the Turkish state was "playing with fire." 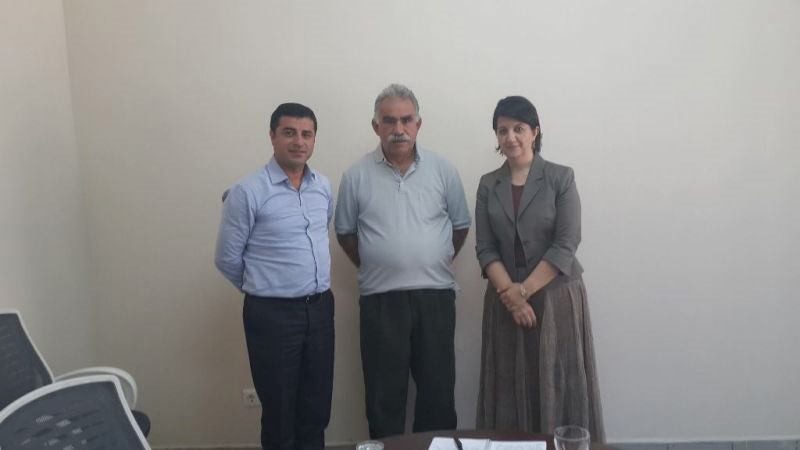 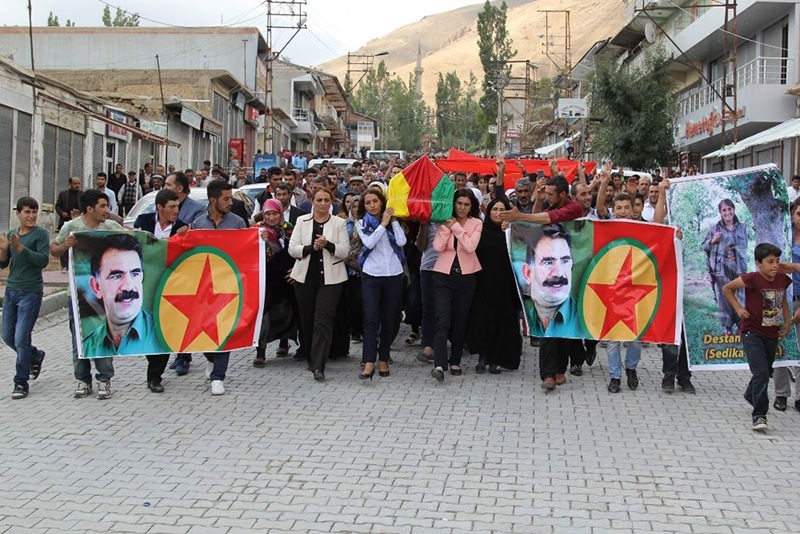 HDP Van deputy Tuba Hezer, attending the funeral of a PKK terrorist held for the Ankara suicide bomber that killed hundreds, for which she was harshly criticized. (DHA Photo) 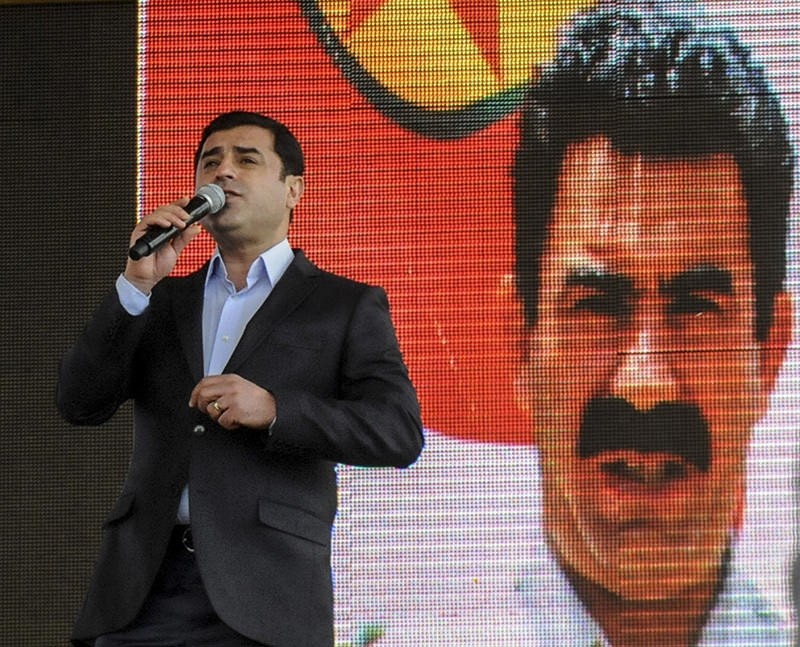 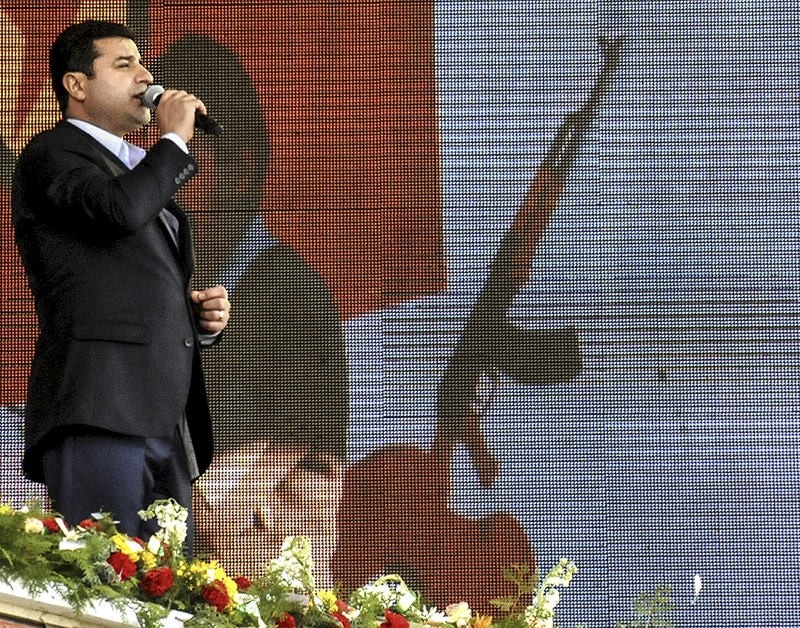 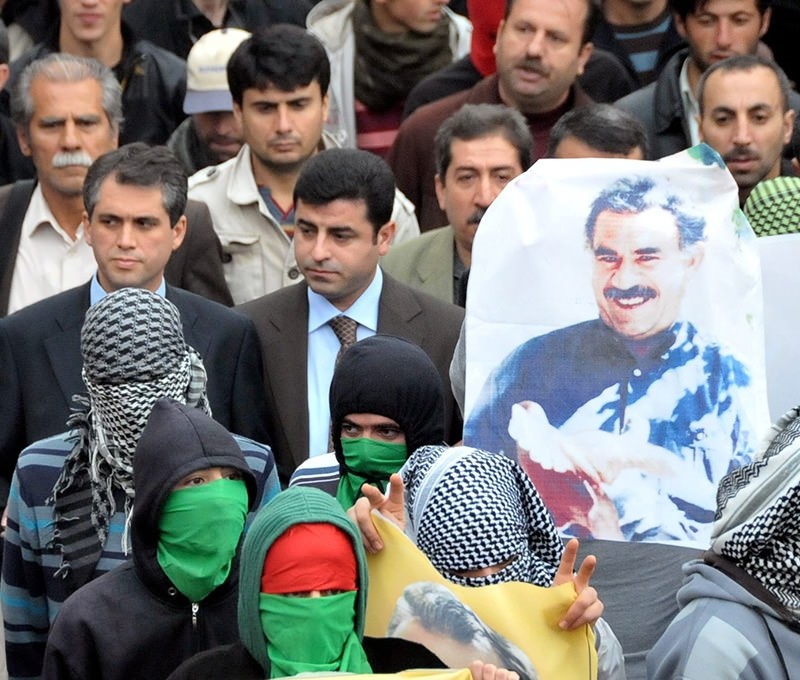 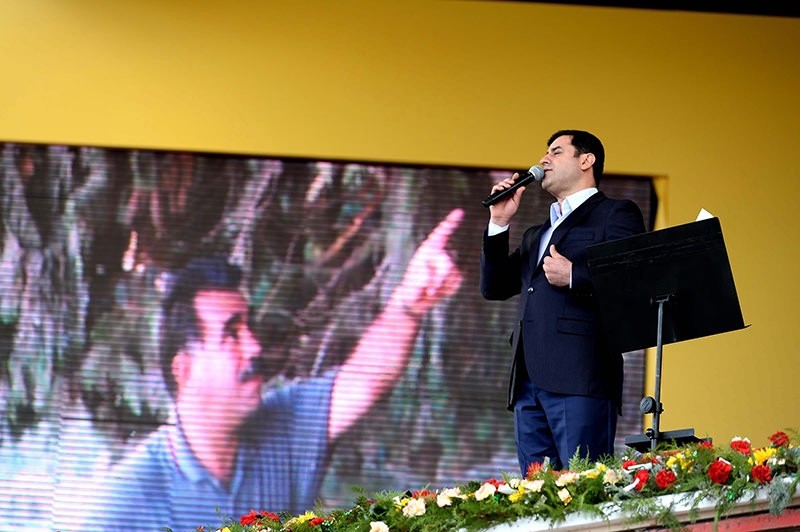