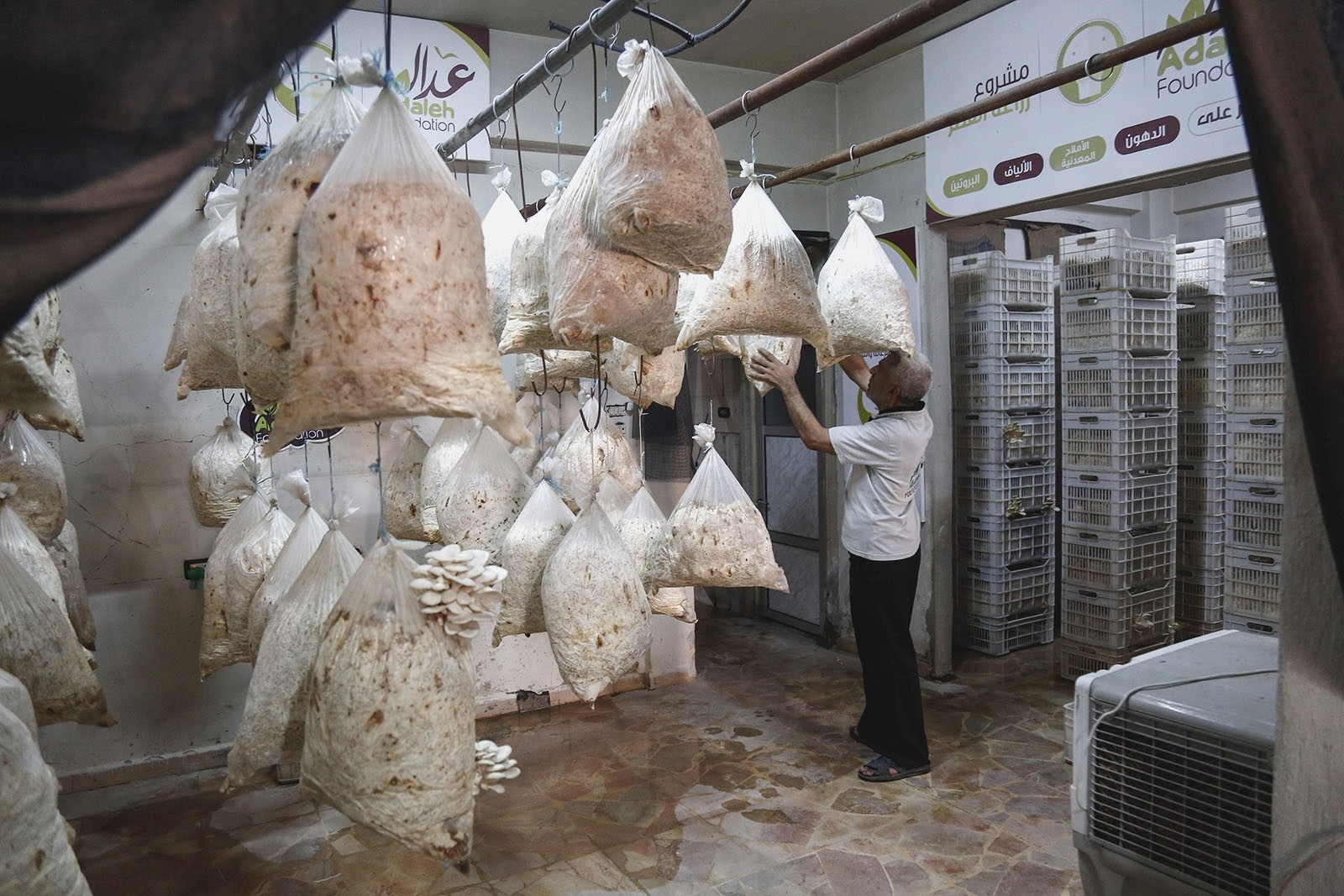 AFP — In a humid room in the besieged Syrian town of Douma, Abu Nabil inspects the pearly white mushrooms sprouting from white sacks hanging from a ceiling. The oyster mushrooms poking out from holes in the bags are now a substitute for meat in the opposition stronghold, where a blockade by the Assad regime has created food shortages. Abu Nabil walks between the sacks inspecting the clusters of mushrooms emerging from the plastic and checks the internal temperature to ensure conditions are optimal for the unusual crop. 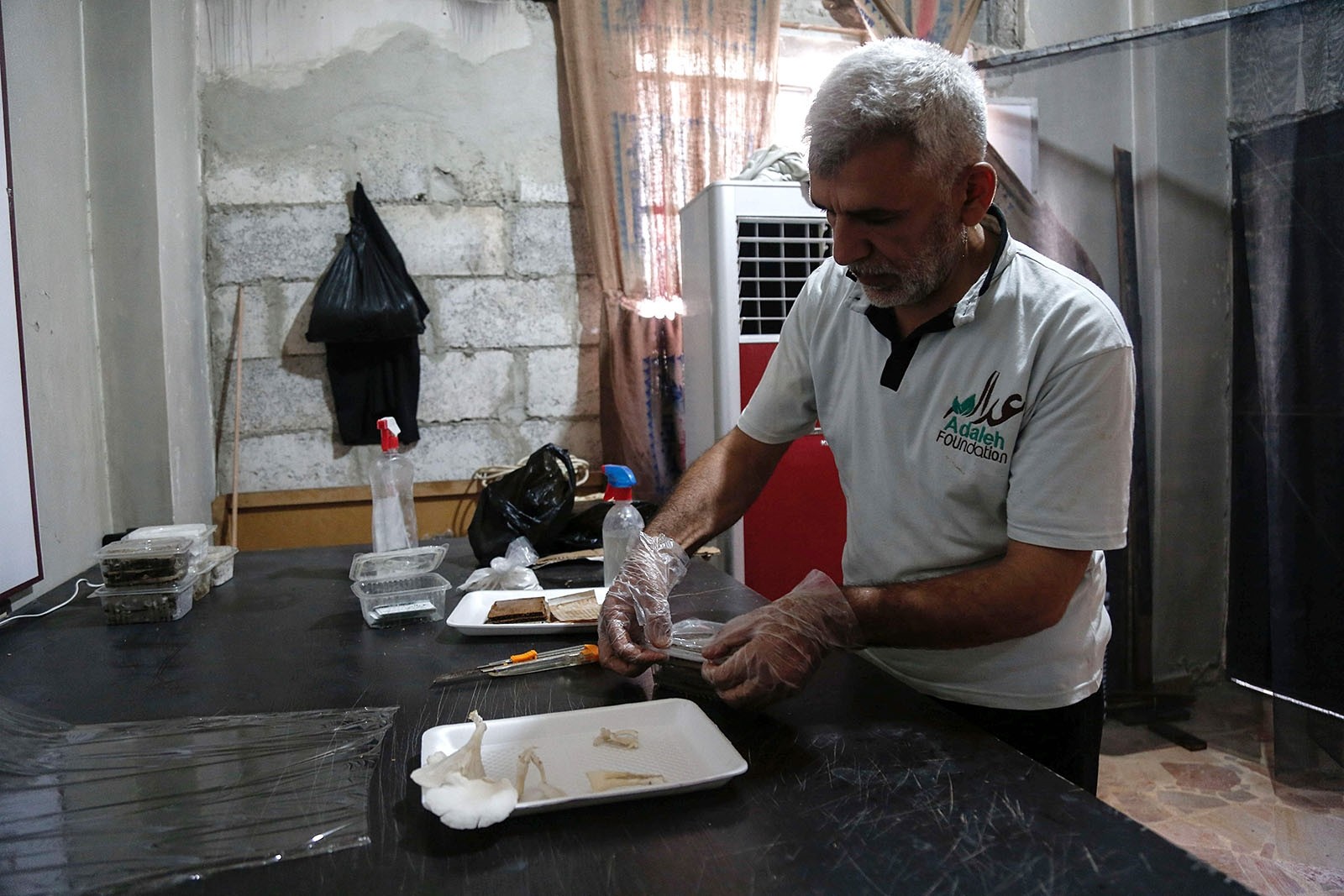 Mushrooms are not a common crop in Syria, and rarely feature in local cuisine. But in the Eastern Ghouta region, a key opposition bastion outside the capital Damascus, years of regime siege have put traditional staples like meat far beyond the reach of ordinary people. The Adala Foundation, a local NGO, began thinking about ways to help residents in need of nutritious alternatives. 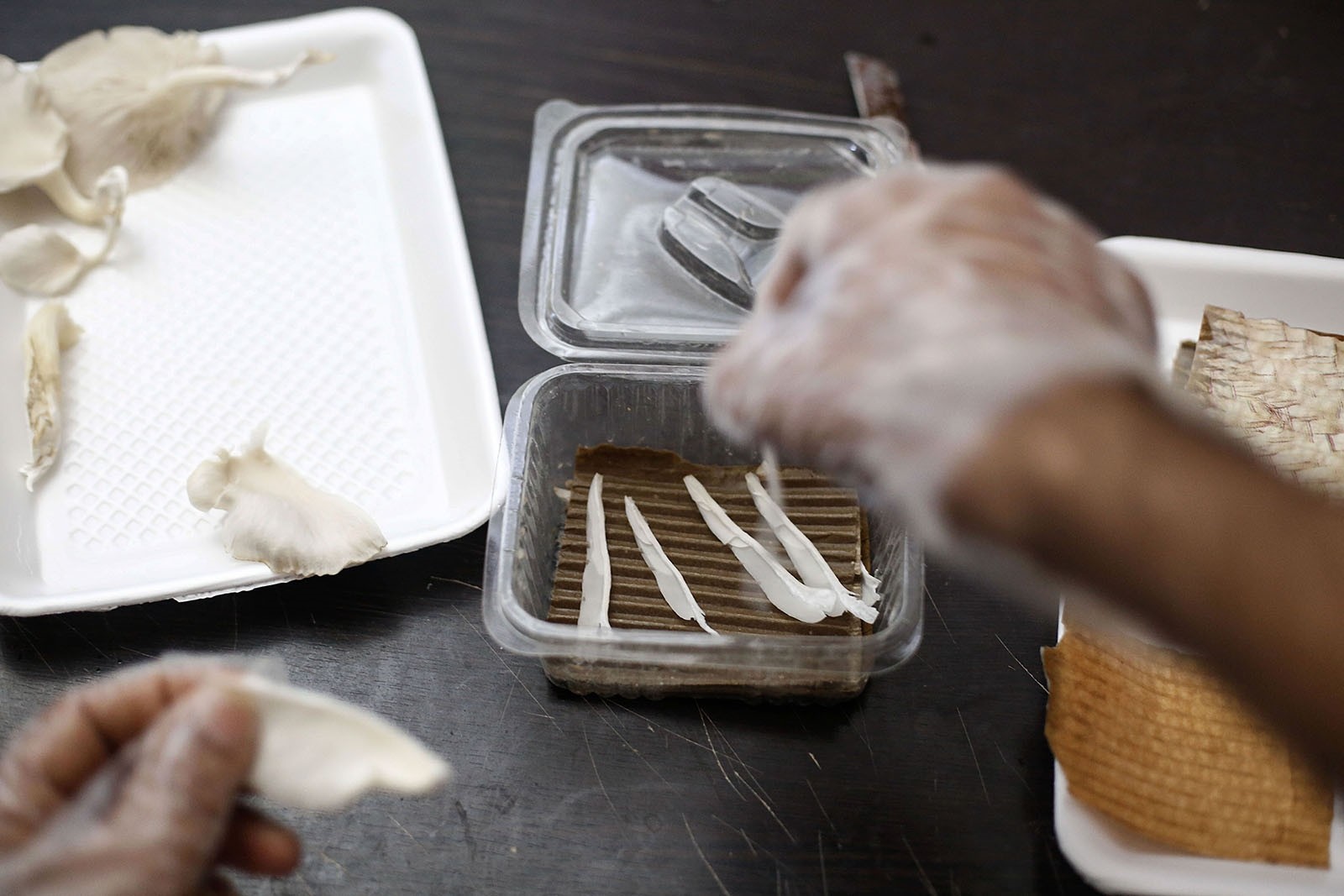 "We turned to cultivating mushrooms because they're a food that has high nutritional value, similar to meat, and can be grown inside houses and basements," said Abu Nabil, an engineer who acts as the project director. "We were looking for a good source of proteins and mineral salts as an alternative to meat, which is very expensive," added Adala's director Muayad Mohieddin. "We discovered the idea of mushrooms as a solution." 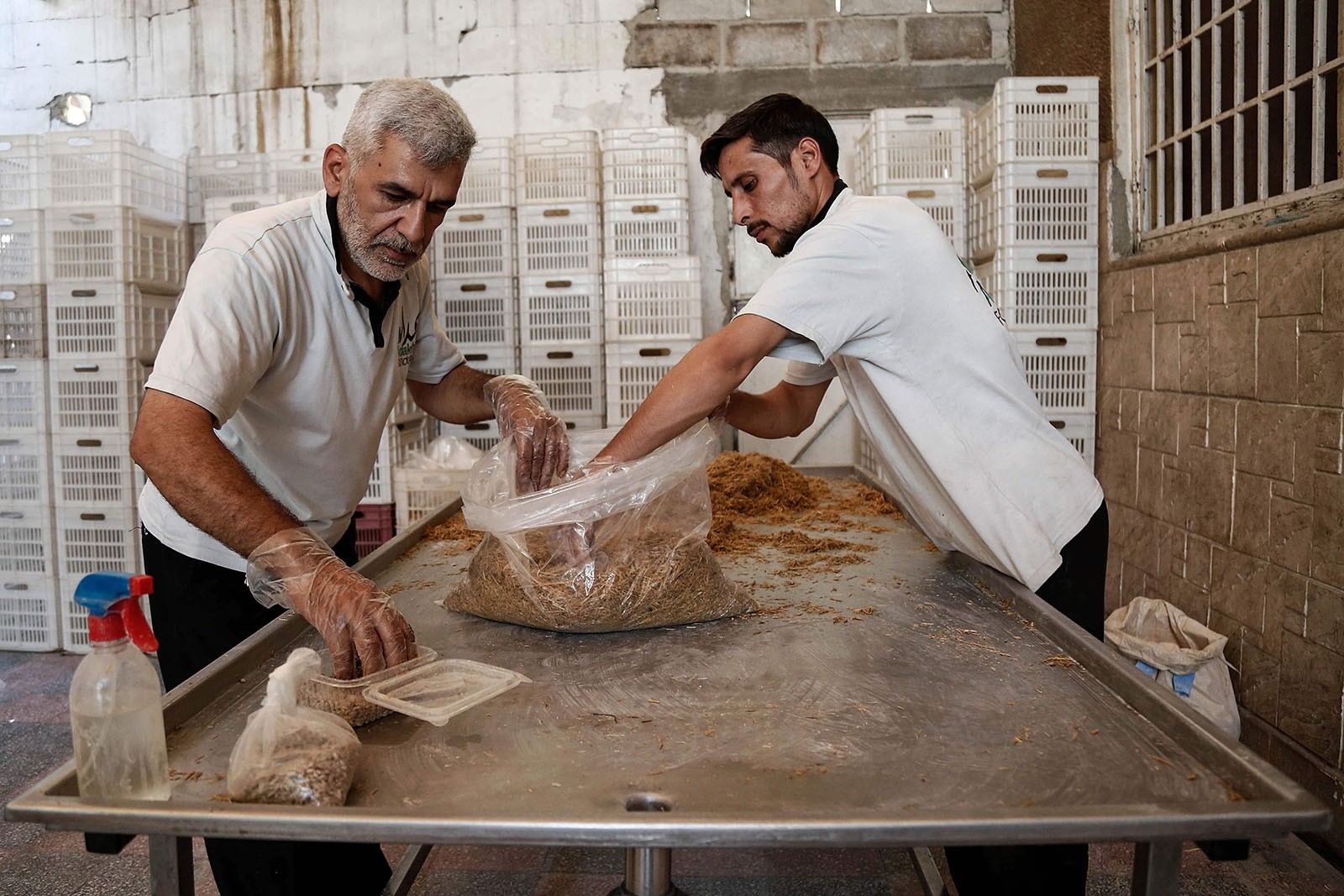 Eastern Ghouta has been under siege since 2013, leaving locals to rely on food produced locally or smuggled in through tunnels or across checkpoints. While the area was once an important agricultural region for Syria, mushrooms were not a local crop. "This type of cultivation was totally unknown in Ghouta before the war," said Mohieddin. "We learned about it by searching on the internet for places in similar (wartime) situations to Eastern Ghouta," he added. The NGO discovered mushroom farming required neither large amounts of space, nor major financial investment, making it a good fit for their needs. 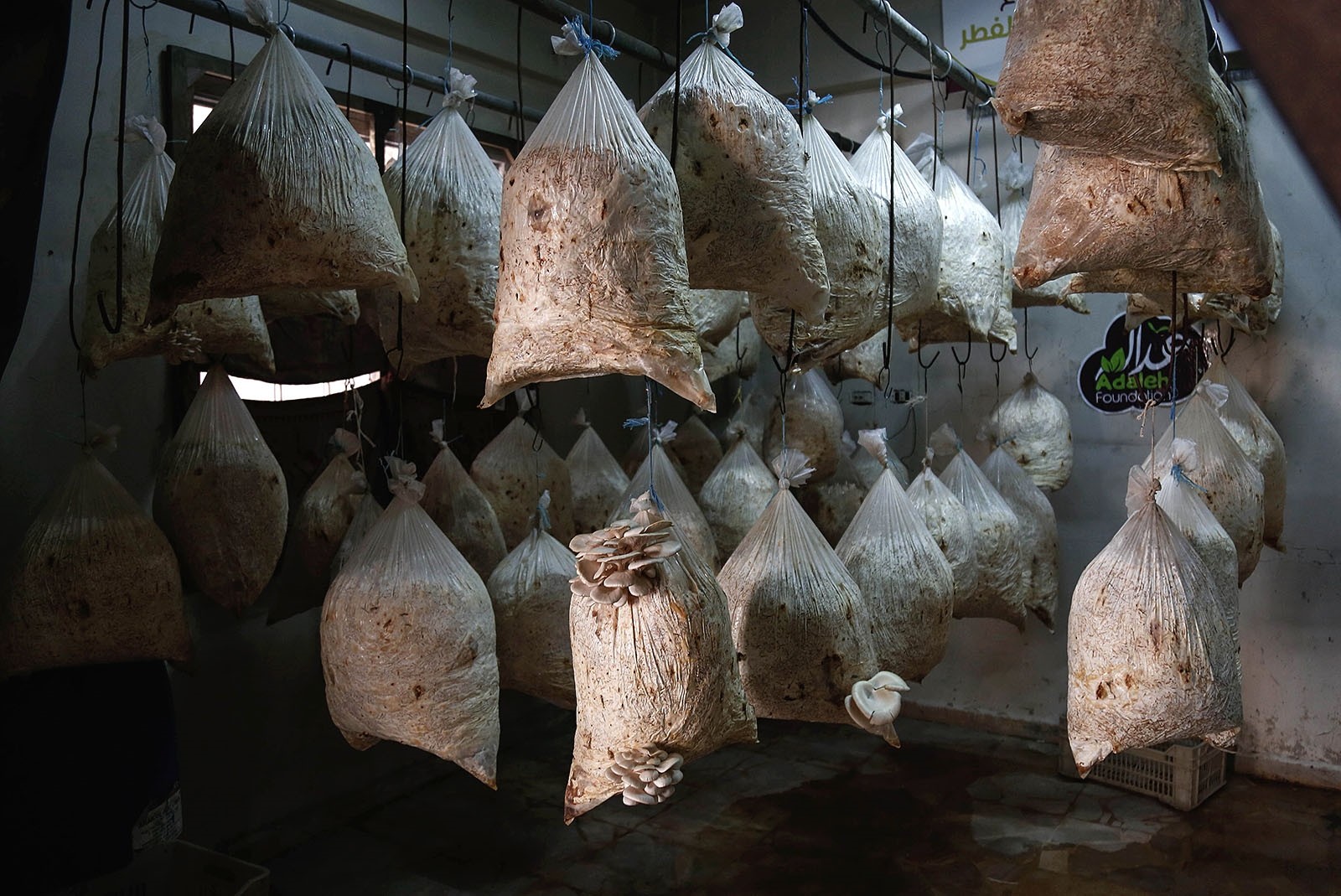 To cultivate the mushrooms, the project's workers begin by sandwiching thin slices of high-quality mushroom between pieces of carton and placing the samples in sterile plastic containers. Over the course of 15-25 days, the mushroom slivers begin to process fungus that is then removed and mixed with sterilized barley grains to create "seeds". Next, the straw is boiled until sterile and is then drained and placed on a table and sprayed with gypsum to prepare it for the "seeds." Finally, the straw is packed into the sacks, with the mushroom starters sprinkled at intervals on top of the straw as it is layered in. 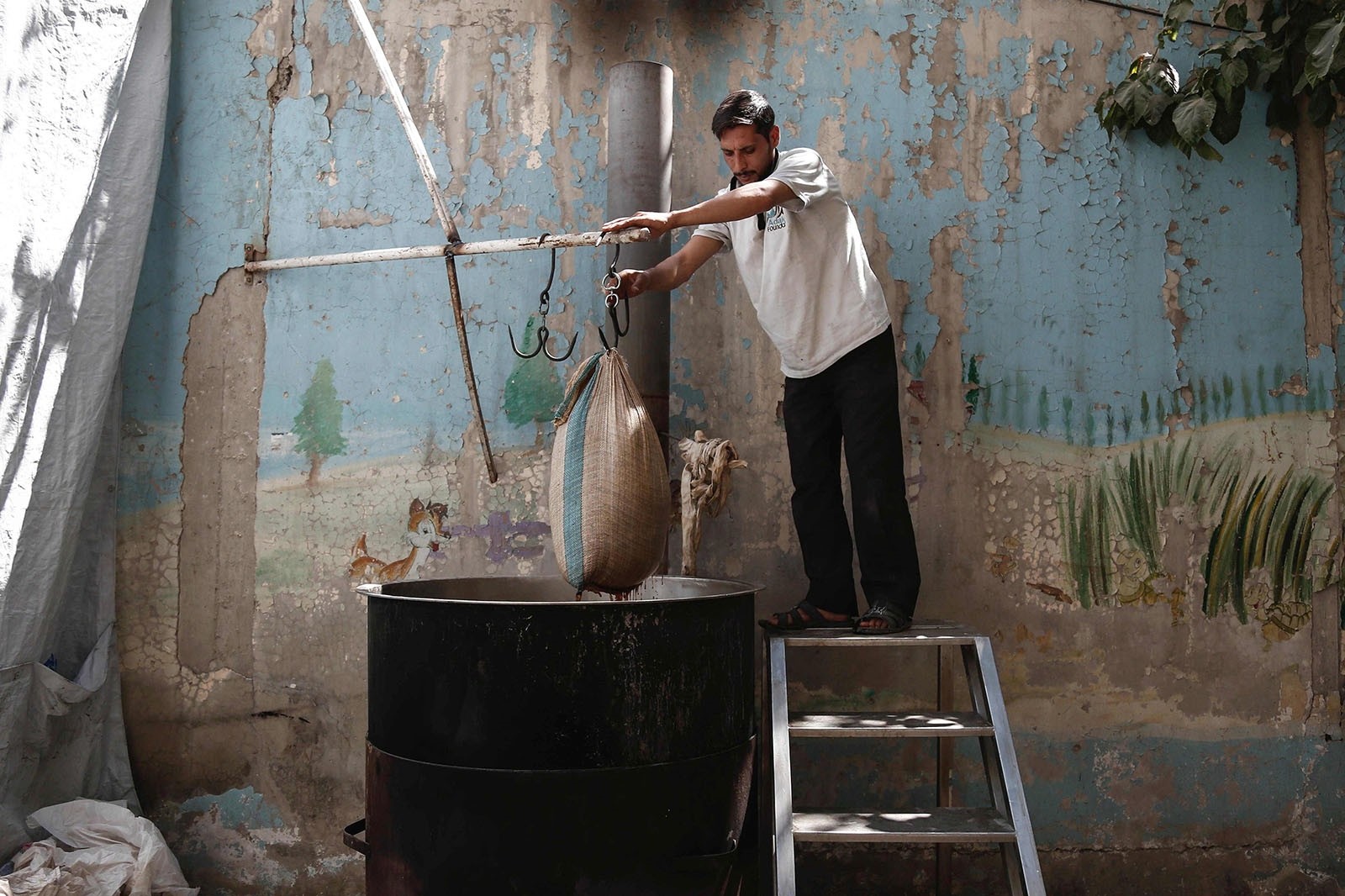 The bags are transferred to a room known as an incubator where they are suspended from the ceiling for between 25 to 45 days, and each produces between four and five mushroom harvests before being replaced. The project relies on generators to keep conditions steady at 25 degrees centigrade and 80 percent humidity. But with fuel also in short supply and expensive, the generators are fed with a locally produced fuel that is extracted from plastic. In the three months since the project began, the NGO has distributed mushrooms across Douma and other parts of Eastern Ghouta free of charge. 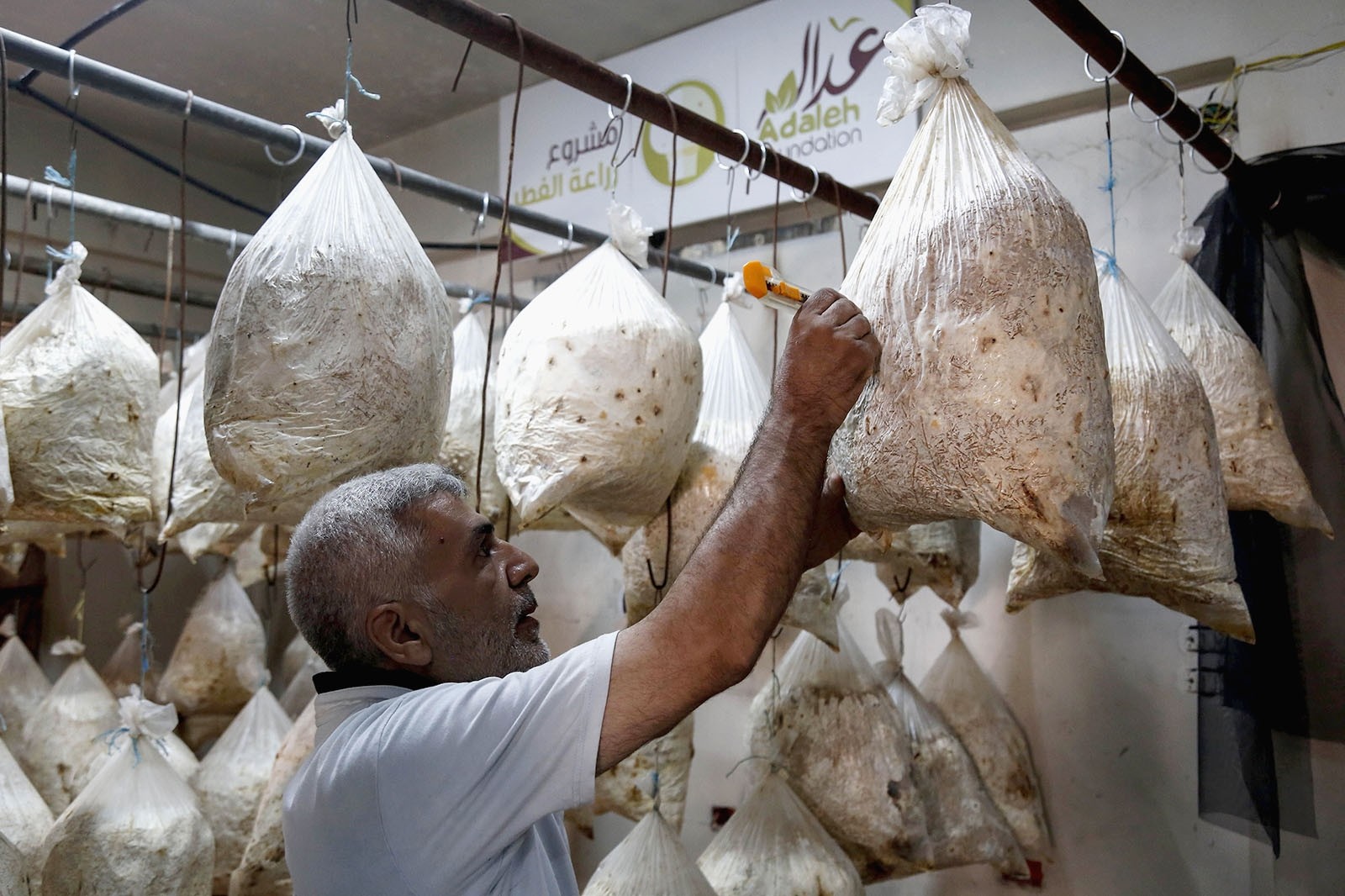 "We distribute nearly 1,300 kilograms of mushrooms a week to 600 people," said Abu Nabil. "The distribution is free for the poorest families, and for those suffering malnutrition or spinal cord injuries that need lots of nutrients," he added. 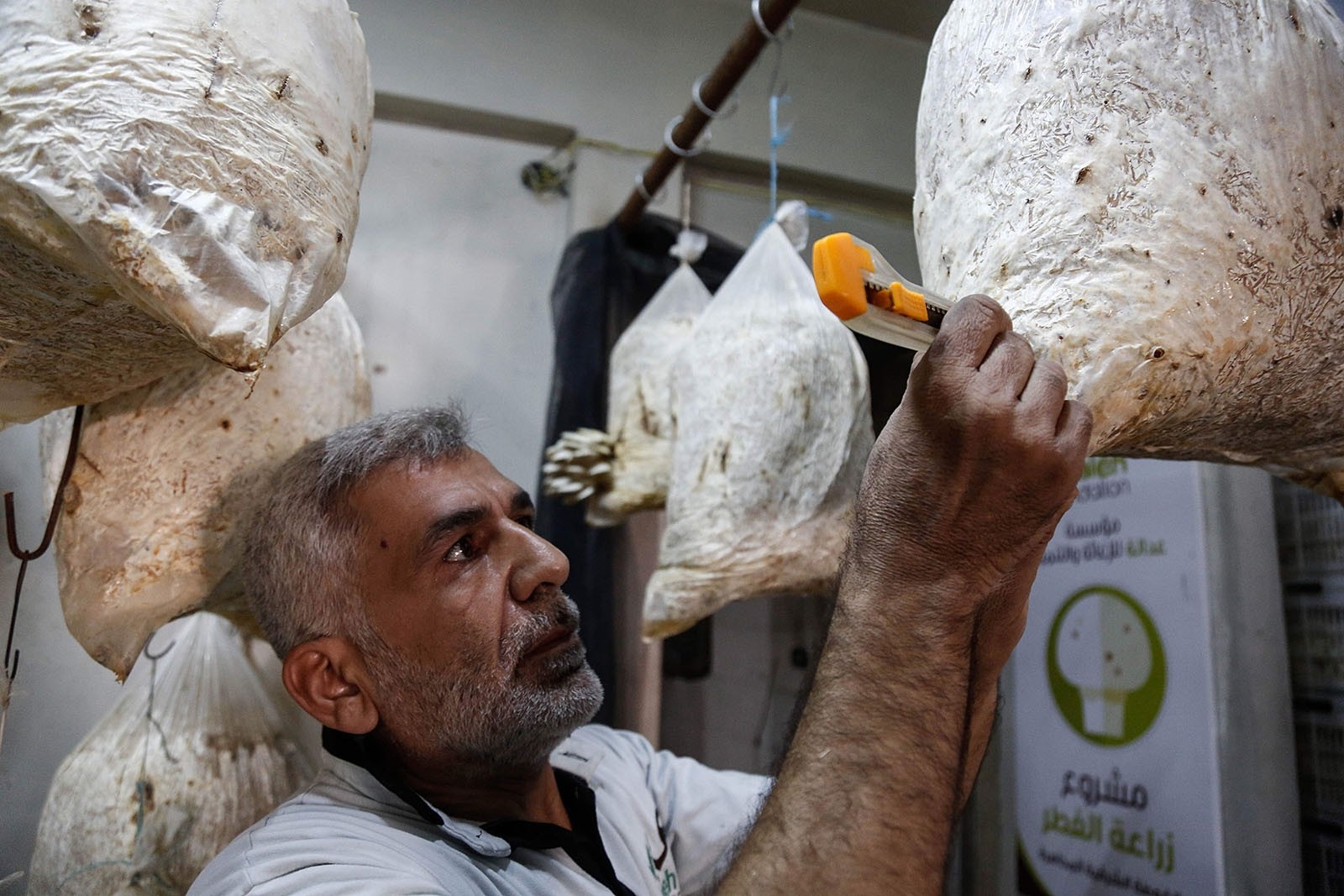 It's a major boon for people like Um Mohammed, a mother-of-four, who can only dream of affording meat at prices of around $10 a kilogram. "If you're able to get mushrooms, it's a huge blessing," the 50-year-old said. "It's as though you're eating a dish of fish or chicken or meat," she added, preparing a dish in her sparsely furnished home, wearing a black robe and headscarf. Abu Adnan al-Sidawi, 30, had never even tasted mushrooms before he received them through the project. 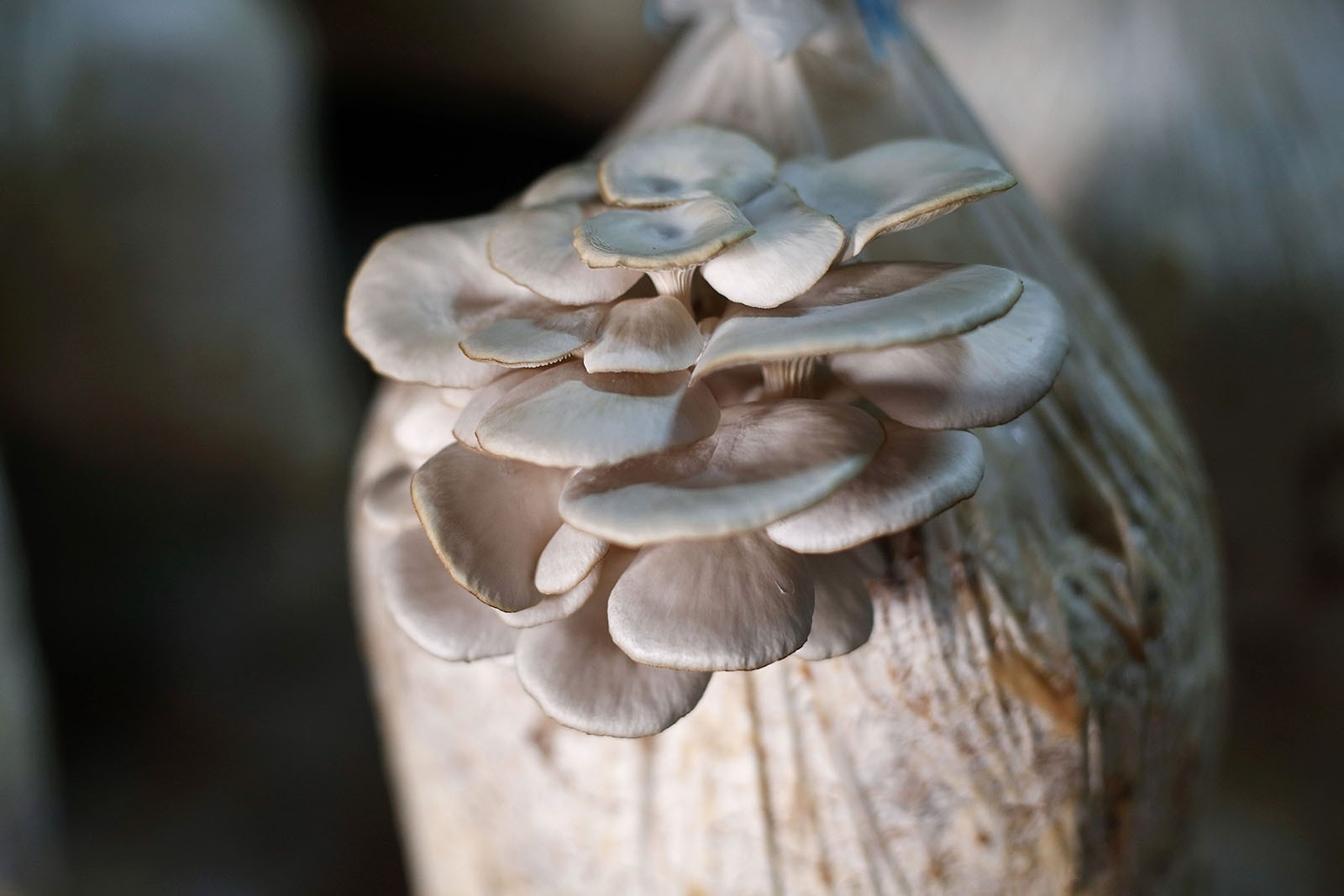 Like many adults in Douma, the city's children were also unfamiliar with the ingredient. At one psychosocial center, the children saw mushrooms for the first time when they were distributed during the fasting month of Ramadan, an employee said. "I organized a small workshop to teach them about it and how it is cooked," said the employee, who asked to be identified as Rasha. "When I showed it to them, they said to me: 'Miss, what is that? A flower?'" 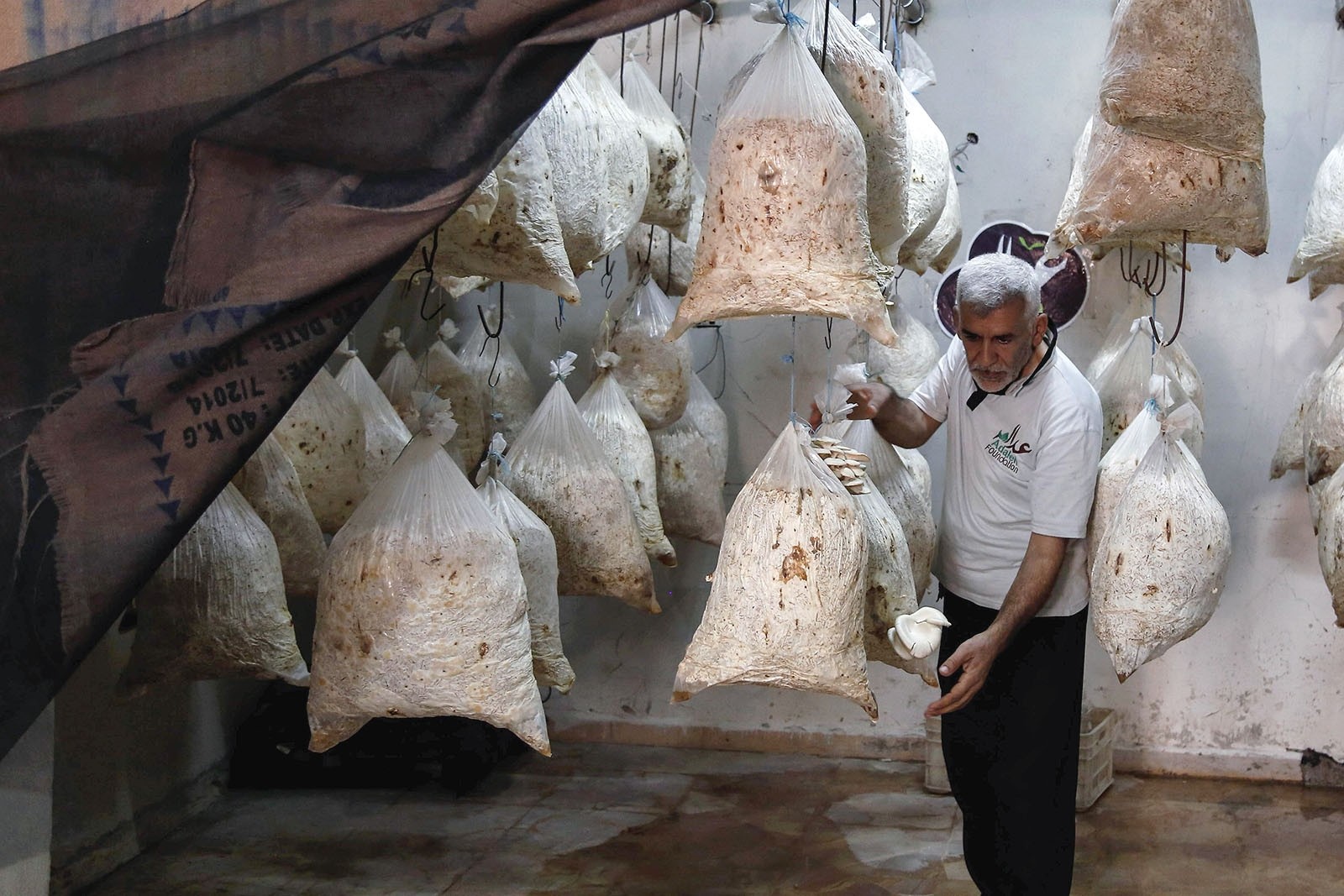 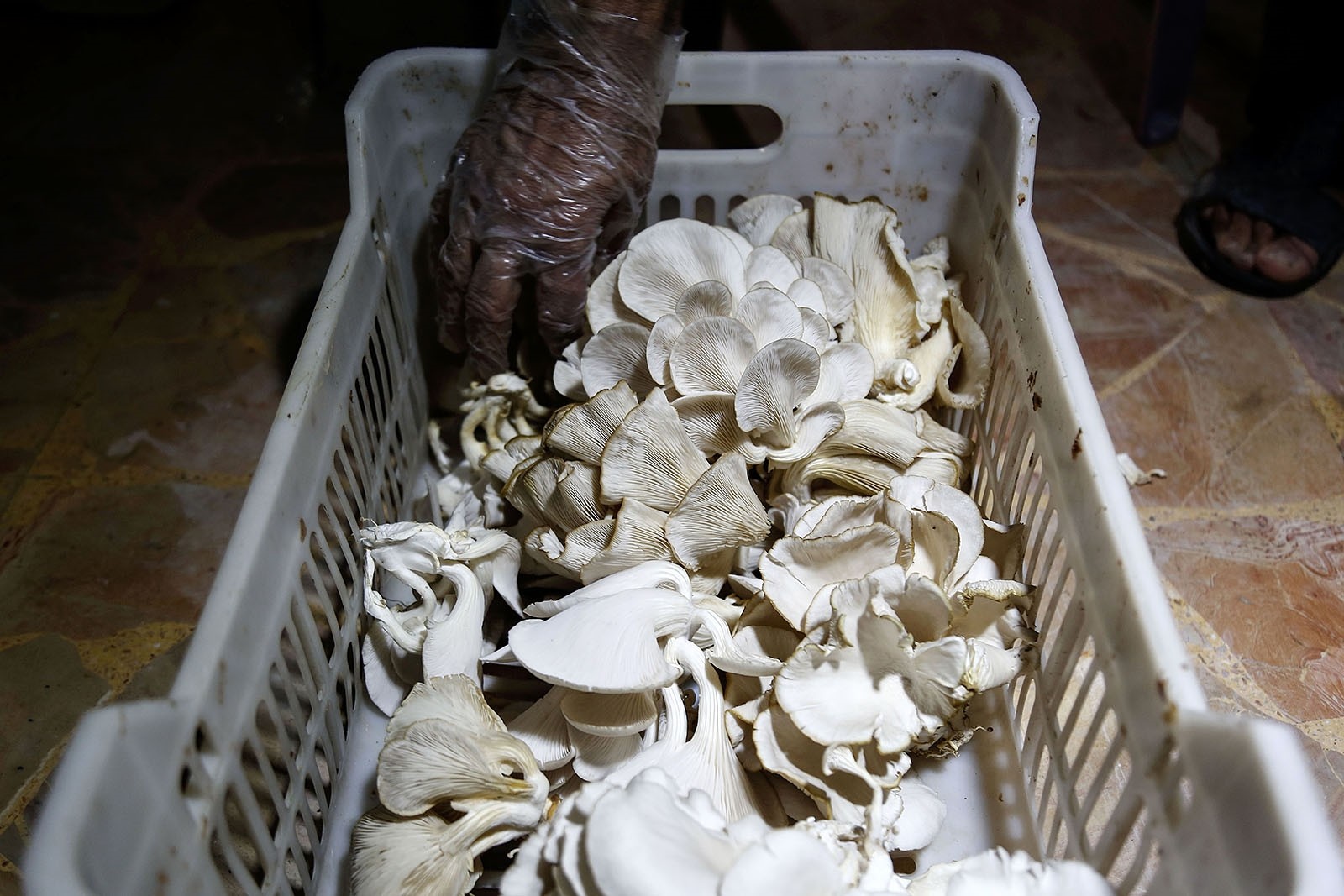 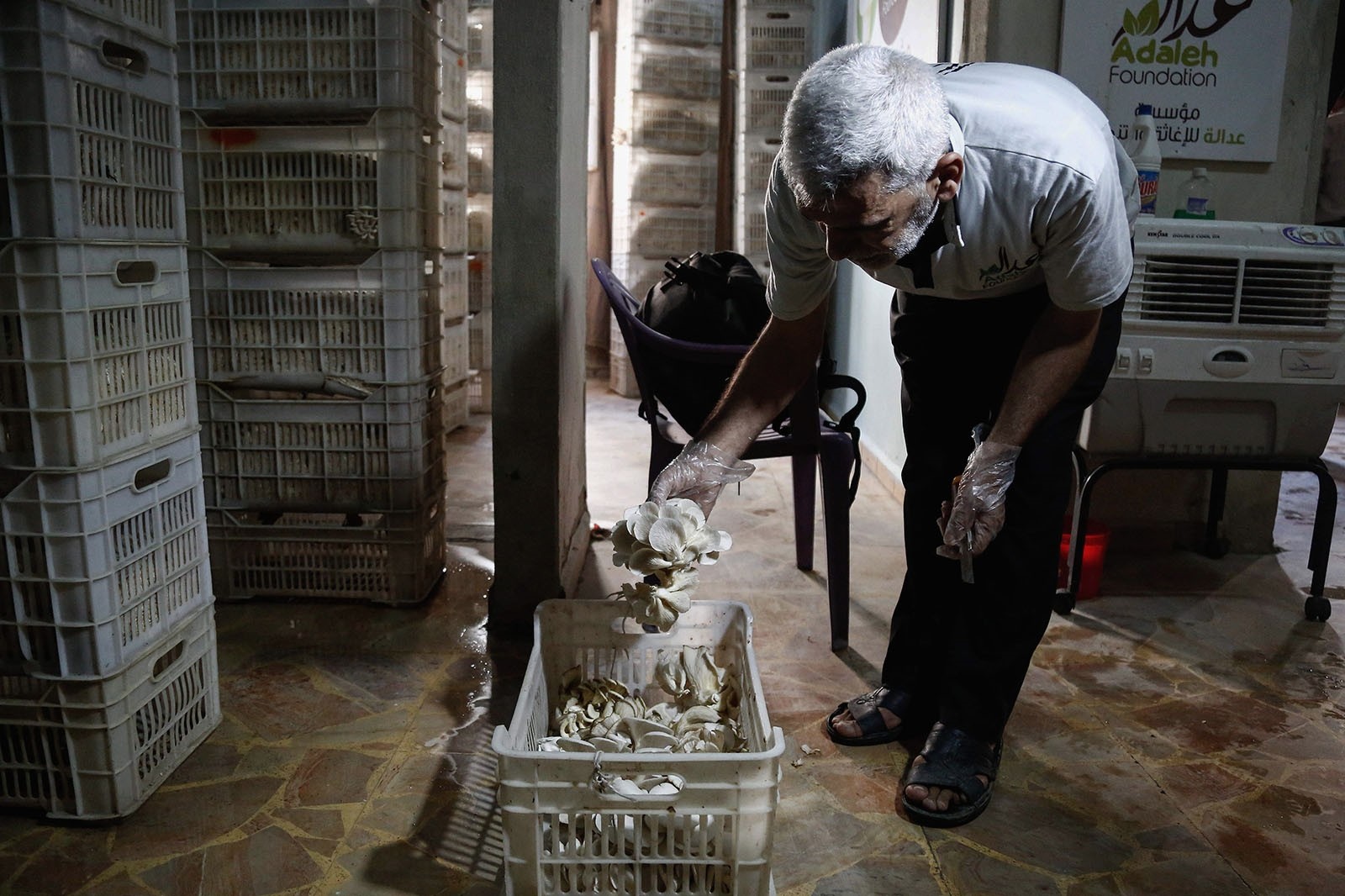 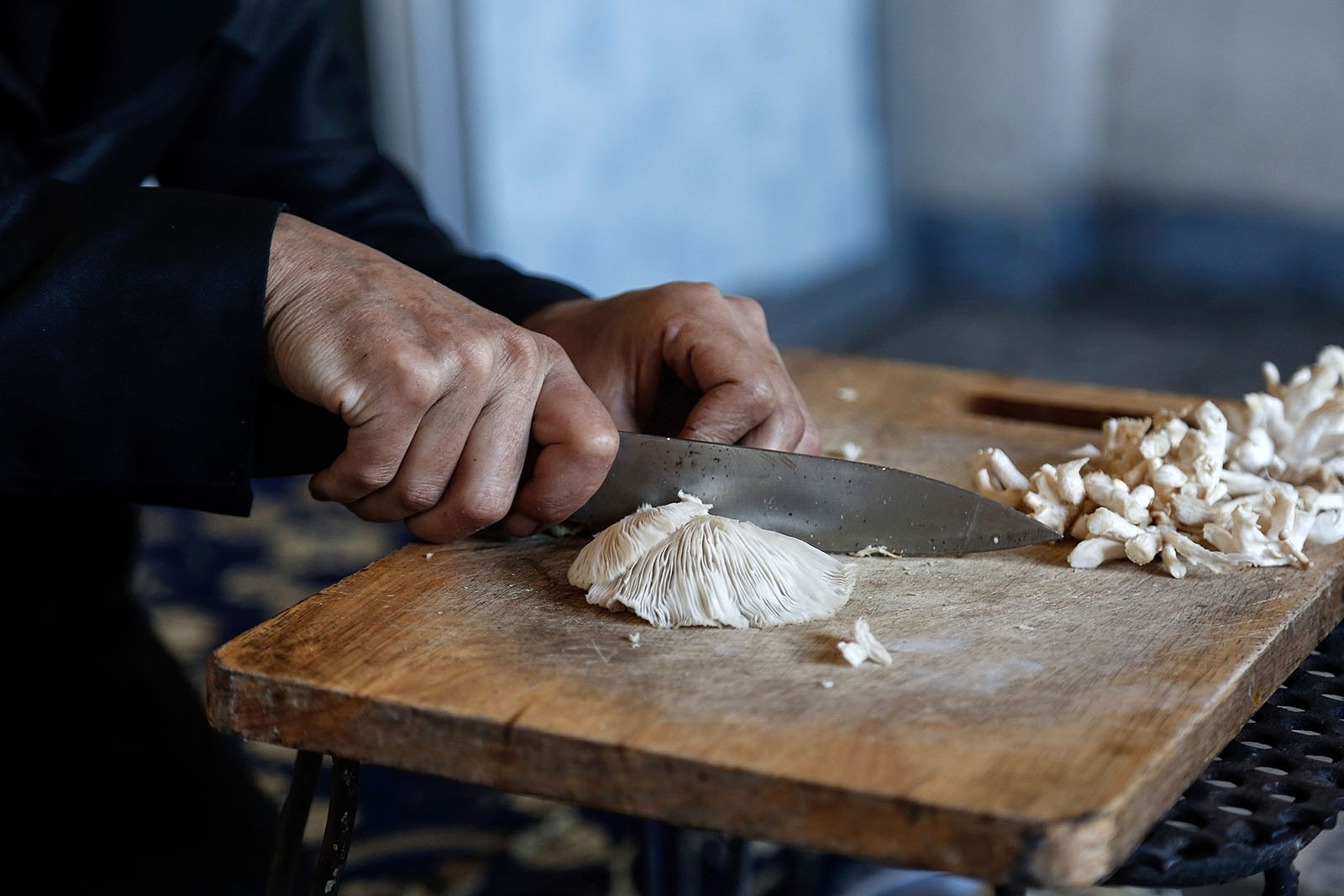 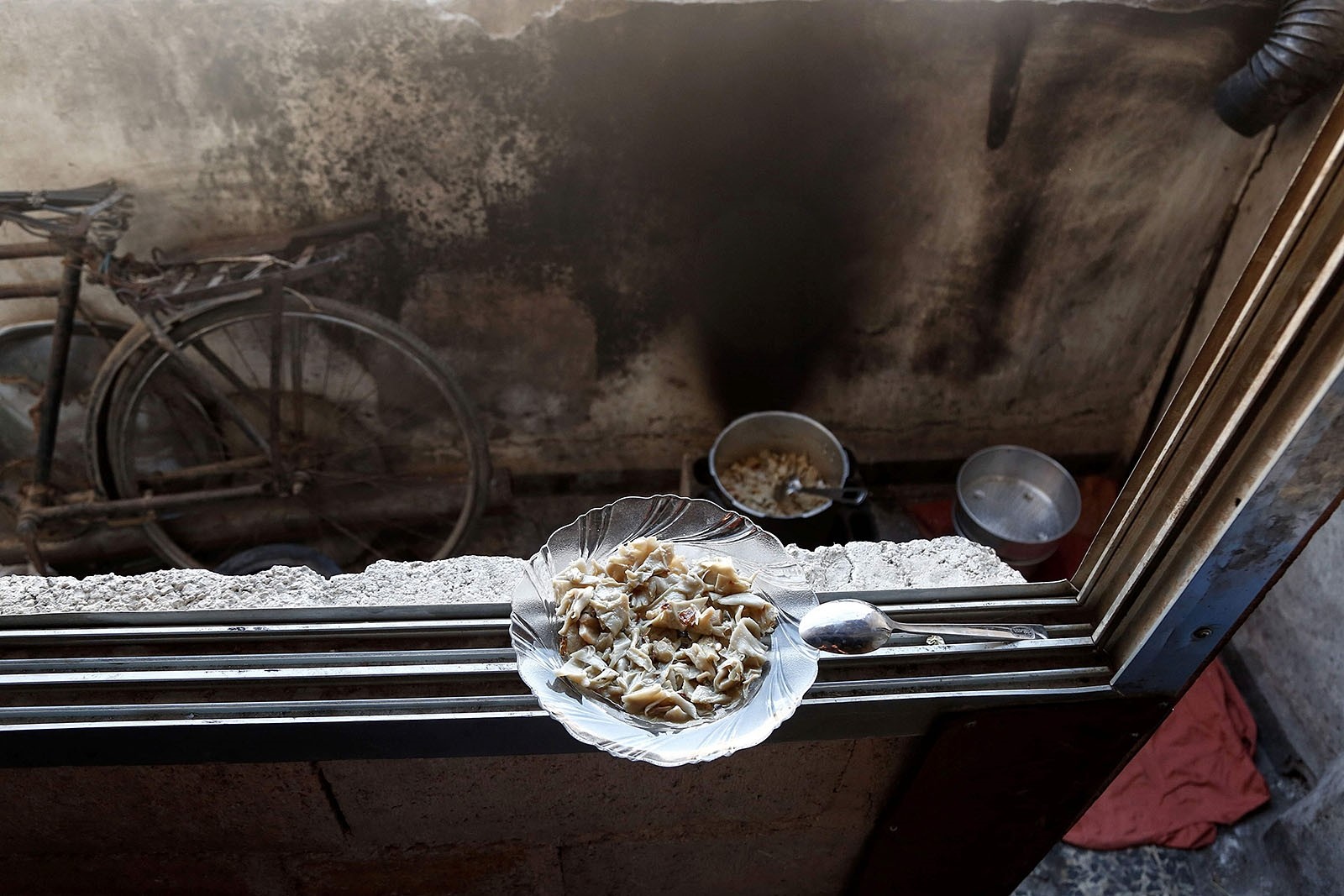